After a contentious cable bill that pitted Lafayette and other local governments against BellSouth finally passed in the state Senate last week, neither side had much to celebrate. 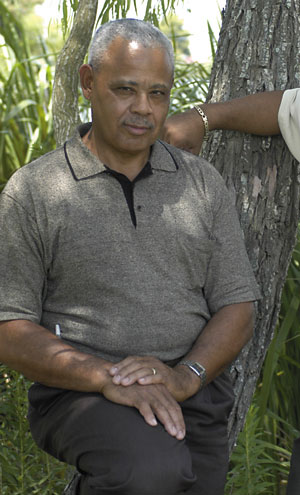 According to Dan Garrett, general counsel for the Police Jury Association of Louisiana, BellSouth began lobbying about a year ago for a new, streamlined process that would allow the telecommunications giant to obtain one quick and easy permit to begin offering cable service anywhere in the state. Touted as a fair competition and free enterprise bill, lobbyists proclaimed the new law would open the door for new competitors to begin offering cable services.

The bill faced an uphill battle. Incumbent cable companies, largely represented by Cox Communications, adamantly opposed the new law and said it would unfairly tilt the playing field in BellSouth's favor. The Louisiana Municipal Association, the state landowner's association, the state conference of mayors and the Police Jury Association all actively opposed it, claiming it threatened to end local government franchise fees and would erode property rights and service requirements.

Last week, the state Senate passed the bill. After lengthy debates, intense lobbying and a whopping 142 amendments, neither side seemed sure of what the bill accomplished. In a classic case of playing both sides of the fence, famed state lobbyist and Lafayette native Randy Haynie worked for BellSouth to get the bill passed, and also for the city of Lafayette to ensure it qualified as one of the areas exempt from the bill's provisions. When the bill passed in the Senate, BellSouth reps at the Capitol were quoted as saying they needed to thoroughly review the senate's amendments before asking for House concurrence. Bellsouth did not return calls or e-mails for comment by press time.

The Police Jury Association and the Louisiana Conference of Mayors were the only organizations that steadfastly opposed the bill through the end, calling the legislation fundamentally flawed.

"Any bill amended this much was poorly drafted to begin with," says Garrett. "And that's the whole point. They had to continue to slap coats and coats of paint on it so that you couldn't see the rotten wood underneath."

The final bill creates a statewide franchise, though all of the state's major cities and media markets (with the exception of Monroe) are excluded. The bill also requires BellSouth to match any existing franchise fee agreements already being paid by other cable operators. A Senate floor amendment also protects landowners from having a company "construct facilities on private property" without the property owner's permission.

Opponents of the bill question why BellSouth wants to eliminate the need to negotiate franchise agreements in small municipalities and rural areas. The most cumbersome franchise agreements typically come from larger cities, which have greater leverage in negotiating the agreements. Skeptics also questioned how cost-effective it will be for BellSouth to build infrastructure and service to areas outside the major media markets. Neither BellSouth, nor any other phone company, has yet to specify any plans for rolling out services under the state franchise.

Lafayette Sen. Don Cravins Sr., who frequently took to the Senate floor in opposition to the new law, asked why the state needs to assist a huge company like BellSouth, soon to be merged with AT&T, negotiate franchises with small towns across Louisiana.

"I think a multinational company should have the means to do that," said Cravins, who is now also running for mayor of Opelousas. "It doesn't matter how you couch it, this is an AT&T multi-national conglomerate bill that is ultimately going to Wal-Mart the entire cable industry in Louisiana."

Based on Lafayette's own contentious history with BellSouth, where the company has repeatedly sued the city in order to block Lafayette Utilities System's efforts to get involved in the phone, Internet and cable business, Durel is wary of the company's intentions.

Both Garrett and Durel say BellSouth (or AT&T) is trying to use state franchise bills in multiple states as leverage for a national franchise, which they are already pushing in Congress.

"This is a national priority for them," Garrett says. "I don't think they have any intentions of ever operating under these agreements. I think their intention is to get the agreements adopted in as many states as they can and then push their national franchise."

Eventually, he says, this will mean the end of rural service area requirements and franchise fees that cable companies pay to local governments for right-of-way access.

"If the language of this bill were in a contract, I'd feel very secure," Garrett says, noting all the protections provided by the bill's amendments. "But it's merely in a state law, which means when the federal law gets passed, it goes away."

Garrett says the Police Jury Association and other opponents of the bill offered a compromise to BellSouth early on in the negotiations. The proposal ' which BellSouth rejected ' would have allowed any telephone company to opt into existing cable franchise agreements anywhere in the state by simply writing a letter of intent to the local governing body.

"What can be more fair than that?" Garrett asks. "They do not want to be under any contractual obligation to local government whatsoever. Under contract you can actually guarantee some things. This statute doesn't guarantee anything."

Durel hopes it will ultimately be a moot issue. He says once LUS begins offering its telecommunications package (the plan is currently tied up in lawsuits brought by two Lafayette residents), it won't matter how the incumbent cable and telephone companies are delivering their services.

"Our technology," Durel says, "is going to be so far superior to what either one of the companies has to offer that we are going to be the competition."