Who's really behind the latest push to reform retirement laws in Louisiana?
By Jeremy Alford

There may be a man or woman or special interest or two behind the curtain, but Gov. Bobby Jindal is clearly the string-puller when it comes to this latest attempt to change Louisiana's pension laws. 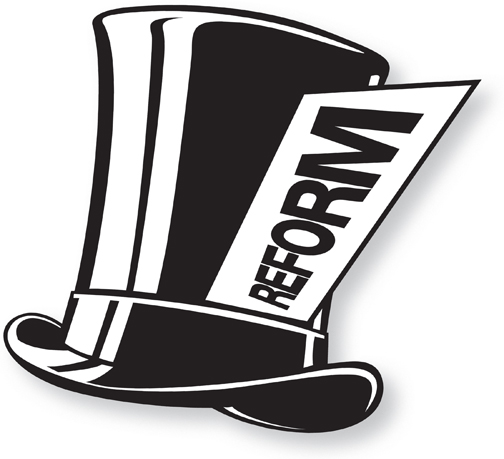 Who's really behind the latest push to reform retirement laws in Louisiana?
By Jeremy Alford

There may be a man or woman or special interest or two behind the curtain, but Gov. Bobby Jindal is clearly the string-puller when it comes to this latest attempt to change Louisiana's pension laws.

He ushered in several alterations to his legislative package last week just days before some of the related bills were scheduled to be introduced to the Senate and House retirement committees. That included making sure the proposed changes applied to his own office, which he hadn't done prior.

Moreover, you better believe Jindal will be the one to take the credit should the reform package pass.

But who else is involved? If you believe the National Public Pension Coalition, which has voiced concern about and opposition to Jindal's plan, it's the so-called one percenters.

Here's what the group is saying about Louisiana's plan, and others being floated like it around the country: "These public pension-cutting plans come at the very time politicians (who receive world-class benefits themselves) have teamed up with Wall Street aligned-groups... to malign and scapegoat America's firefighters, police officers, teachers, and nurses in hopes of filling budgeting shortfalls caused by Wall Street greed and corporate malfeasance."

Jindal is looking to boost the retirement age to 67, calculate retirement benefits based on five years of salary, rather than three; increase employee contributions from 8 percent to 11 percent; and create a cash balance retirement plan for new employees only.

Maybe the Wall Street rank-and-filers could benefit from this setup. It's hard to tell, especially since all of Jindal's bills are still undergoing changes.

What's more certain is the role groups like the American Legislative Exchange Council and State Budget Solutions are playing. According to sources close to the ongoing policy process, representatives from both groups traveled to Louisiana just before the session convened last month to break bread at Prejean's with House Retirement Chairman Kevin Pearson, R-Slidell, and Senate Retirement Chairman Elbert Guillory, D-Opelousas.

Founded in 1981, ALEC works to promote conservative principles like "free markets, limited government, federalism and individual liberty." While its voting membership is exclusively elected legislators from all 50 states, other members are from the private sector, like Pfizer and ExxonMobil. Bringing such interests to the policy table has brought criticism for ALEC. It's influential enough - about 200 "model" bills become law each year. A recent high-profile example is Arizona's controversial immigration law.

According to Reuters, Coca-Cola is no longer a corporate member because ALEC "supports Stand Your Ground' laws such as the one being used as a defense in the Florida killing of an unarmed black teenager, Trayvon Martin." And Coke's brain trust isn't alone - the Bill and Melinda Gates Foundation, Intuit, Kraft, McDonald's and PepsiCo have all jumped ship recently.

In an email sent to Louisiana lawmakers, representatives from ALEC and State Budget Solutions, a conservative-leaning nonprofit, urged them to model their attack plan after the successful reform efforts launched in Utah in 2010. Legislators there moved the Utah system closer to defined contribution and hybrid plans. They also passed laws that changed how retirees can return to work.

The issues don't necessarily jive with what Jindal is trying to do, but that's not what the special interests meant. They were instead referring to "lessons learned in Utah," such as:

"Be kind, polite and responsive"

"Reality is NOT negotiable; let the data do the work"

"Future employees are not an effective lobbying force, so if nothing else, change future plans"

"Know the details and you will own the issue"

So, if during the ongoing retirement debates, you see and hear a unique mix of these approaches, there's a good chance it's part of a strategy that was crafted by many hands. Even if only two hands, those of our governor, are orchestrating it.

At the end of the day, the biggest influencers may be the 60,000 members of the Louisiana State Employees Retirement System. More so than any other group, they stand to gain or lose the most, depending on how you interpret Jindal's plan. But if they manage to stick together and get organized, their collective voice could become the loudest of all.