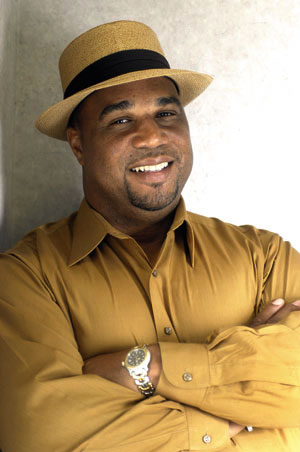 Lafayette bar owners are getting to know Marcus Bruno, whether they like it or not. Part of Bruno's job with Lafayette Consolidated Government is to inspect Lafayette businesses to make sure they comply with local ordinances. And downtown bars appear to be at the top of the list.

"It's very obvious where there are overcapacity situations," Bruno says. "You go to your popular bars. The hip-hop group goes to Club Rain. A lot of the teeny boppers go to The Keg. We went into Graham Central Station and discovered that they had some dancing done there." (On its Web site, the club has been advertising the "sexy pole" dance showdown on Friday nights.) Says Bruno, "They're going to have to come under the new dancer ordinance."

"They're multi-faceted," Stanley says, "and they use different personnel from different departments ' including police, public works and the fire department. In addition to working with the neighborhoods and the neighborhood businesses, they help target and determine compliance with the laws that range from nuisances that may make life uncomfortable for people in the neighborhood to reports of fire code violations and things like that."

For the last two months, Bruno has been heading up a coalition that has conducted compliance checks on 52 Lafayette businesses. While the organization has no official name, it's being referred to as the public safety task force. "The task force was formed to help us to go out and handle each situation as it arises, based on complaints," Bruno says. "Several departments come together to discuss the issues." In addition to sharing information, the departments conduct simultaneous inspections of local businesses. Led by Bruno, the inspection team generally consists of two Lafayette police officers and inspectors from the Department of Planning, Zoning and Codes, as well as the Lafayette Fire Department.

The arrangement is somewhat unusual, considering that each department conducts such inspections on its own. "I think it's a more targeted effort involving the resources of government that plugs directly into the street," says Stanley. "The police department is overwhelmed. They get more than 100,000 calls a year. The fire department does do routine inspections, but they can't be everywhere all the time. Then there's the whole issue of nuisances, where we get repeat calls from residents or business owners about the conduct of other residents or businesses. This team gives a consolidated effort in those areas where we tend to get the most complaints. So it's not Marcus and the task force just going on the road citywide and performing inspections. It's an improved and more efficient resource."

The task force's funds have been coming out of the budget for criminal justice support services, with task force members being paid overtime for their duties. Bruno says that the cost for the operation averages between $1,200 and $1,600 a month. (Bruno does not receive overtime pay.)

On Thursday, Aug. 18, the city-parish council approved a budget amendment that dedicates $15,000 annually for task force operations. (The funding kicks in Nov. 1.) The new money could double the amount of inspections currently being performed by the task force. Stanley says Bruno will now be required to provide LCG with monthly or quarterly task force reports.

Bruno says the task force's increased activity has led to businesses cleaning up their acts. "The word is getting around," he says, "so we're having fewer complaints come up. When we walk into a place now, everybody shows us their bar card. When it comes to capacity, when they see that it's getting overcrowded, by 1 o'clock, they shut down the line."

Although the task force has been visibly active downtown, Bruno says the group can and does investigate compliance issues throughout the city and the unincorporated areas of the parish. The task force isn't specifically targeting Lafayette bars, but with 17 alcohol permits alone in downtown, it's a hotbed for inspections. "We focus a lot of attention there sometimes because of the amount of activity that takes place," says Bruno. "We deal with other types of cases as well. The bars have just become, I guess, a highlight because that's were most people see us."

Brandon Hargrave, owner of City Bar Downtown, was paid a visit by the task force on the night of Saturday, Aug. 6. At the time, Bruno says that the bar was over its legal occupancy limit by 120 patrons. Hargrave won't discuss specifics of the incident but disputes the task force's findings. "The numbers that they put together were inaccurate," he says. "There were many discrepancies in the report, and that can be proven very easily. There was a misunderstanding somewhere, but I don't want to attribute blame to anyone." Hargrave says that the matter is being investigated but would not comment further. Bruno says he isn't aware of a complaint but does say that he knows Hargrave had a discussion with Fire Chief Robert Benoit.

Hargrave is a member of a new bar and restaurant association that has been meeting monthly for the last three months to address issues that affect their businesses. There are some 15 members representing Lafayette bars and restaurants.

NiteTown owner George Favaloro is a member of the association. "The bars get blamed for a lot of stuff," he says, "and we just want to try and fix these things too." Within the last year, his Jefferson Street club has had three compliance inspections. "I think it's a good thing," he says. "It makes the bar owners focus on what they need to be doing."

Hargrave has no problem with the task force and understands that Bruno and the task force are simply doing their jobs. But as a small business owner, he's troubled by his encounter with the organization. "I do everything I can to follow the rules," he says. "I have two Lafayette city police officers working the front door and one Lafayette city police officer in uniform working the back door. I also have two bouncers right inside the front door counting the people that go in and out. I have a bouncer at the back door, and I also have a bouncer that floats and walks through the crowd to make sure there's no congestion anywhere.

"On an average Saturday night, I spend $780 on security, which is a lot," he adds. "We're just doing everything we can, and we're really trying to work with the task force and the city. Unfortunately, there were mistakes that were made that night, and they were on their behalf. It wasn't ours."