Louisiana's 2006 political campaigns will be markedly different in the post-hurricane environment. 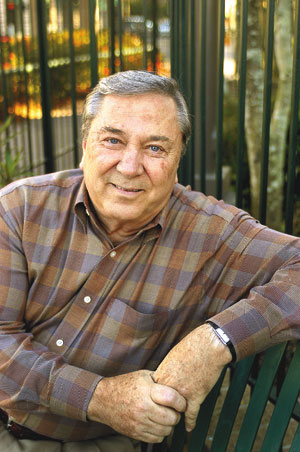 While state officials have spent recent months devising a plan to hold elections in the hurricane-ravaged portions of Louisiana, political consultants and campaign veterans have been concocting new schemes for the 2006 election races.

Post-hurricane politicking promises to be markedly different for voters and candidates. Deserted cities will complicate media launches; limited resources will make fundraising difficult, and scores of displaced voters could forever change the face of get-out-the-vote efforts.

Congressional elections are slated for the fall, and municipal and mayoral elections should be held in New Orleans no later than April 29. The state is working with the federal government to locate displaced voters and inform them of their rights ' while campaign pros are trying to figure out ways to connect with constituents in the storms' aftermath.

Roy Fletcher, a political consultant from Shreveport who has helped elect both Republicans and Democrats, says television campaigns are being completely written out of strategy books for many candidates. In parishes like Orleans and Cameron, many residents are without television sets, and those who fled no longer tune into the market.

"I think there will be, in New Orleans particularly, a large focus on alternative medias like the Internet," he says. "You'll see people using e-mail lists and cell phones and advertising on Web sites like nola.com."

Mike Smith, a principal for MDSA Strategic Communications in Baton Rouge, a firm that represents mostly Republicans, says even direct mail will fall by the wayside in certain areas. Still, it may be the key in Baton Rouge, Acadiana and northern Louisiana, where many displaced voters have taken refuge.

"Radio is hot right now and has become a very effective means of communications in areas like Lake Charles and New Orleans," he says. "It's one of the only ways many people are getting information, and you're going to see candidates sinking a lot more money into it than they would during a normal campaign."

To launch any campaign, candidates will still need money. But with so many individuals and businesses' cash tied up in the rebuilding efforts, candidates will more than ever need to be independently wealthy or have a substantial war chest at their disposal, says former legislator Ron Gomez, owner of the Lafayette public relations and advertising firm Edge Communications.

"People are already having problems with this," Gomez says. "Even charities that are not connected to storm relief are having difficulty finding money."

Some incumbents might also run into a bit of trouble when they find corporate donations have run dry, notes Fletcher. "Businesses that left are still in places like Houston, and they still don't know if they want to invest in south Louisiana and if it's part of their future."

With limited local cash, candidates may have to rely on getting voters to the polls and ' gasp ' a strong, coherent message.

"Get-out-the-vote and grassroots efforts are going to make or break campaigns in the coming months," MDSA's Smith says. "With TV out the window and direct mail questionable, some seasoned elected officials are going to find themselves having to go door-to-door. It's going to be a big change for them."

Busing large numbers of voters to the polls on Election Day and paying block captains to oversee critical areas may no longer be the most viable options, according to Fletcher. "Perhaps the get-out-the-vote effort won't even be on Election Day, since there will be a few days of early voting this year," he adds. "You may have some new situations where you reach voters by other means in heavily populated areas," he says, and those plans are still in the development stages.

As for issues themselves, Katrina and Rita-related questions top the list. How will Louisiana continue to rebuild? How will hurricane protection be approached in the future? Were the right decisions made in the past? There will be platforms and promises and accusations and plenty of hurricane-related mudslinging. Fingers will be pointed, and blame will be tossed around, and Fletcher says voters are expecting it. They're ready to hold someone ' or some people ' accountable.

"We're in an environment right now that's like winter in Louisiana when I was growing up and we would go out hog hunting," he says. "If you're an incumbent right now, believe me, when the elections roll around, there will be a lot of hog hunting."