Thibodaux steps down, The plan for I-49 and Bruce & The Bluerunners. 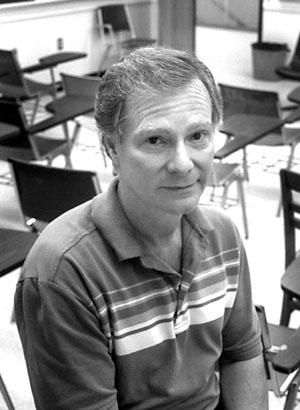 David Thibodaux surprised many supporters and critics last week when he stepped down as Lafayette Parish School Board president. Thibodaux has frequently disagreed with Judge Richard Haik over the school board's desegregation case and hopes his resignation will now clear the way for an expedited hearing. Other board members are less convinced of the impact it will have on the case.

"I wish he would have just finished out his term, rather than create any more controversy," says board member Mike Hefner. "I don't think [stepping down as president] is going to make any difference."

Haik ruled earlier this year to delay a ruling in the deseg case until the board gets further into its five-year plan focusing on schools of choice. (The school system is now in its third year of the plan.) Against Thibodaux's recommendation, the board voted earlier this year not to appeal Haik's decision and is expected to re-apply for unitary status sometime this year.

Thibodaux says he often felt restrained from speaking out on issues while he was the representative leader of the board. "That yoke has been lifted from me now," he says. "It's a major mistake for anyone to think that this means I'm going away. I'm going be even more vocal on issues that are important to me, including the deseg case." Board member John Earl Guidry is now stepping in as president. ' NS

State Treasurer John Kennedy may not be the most popular politician in the state right now ' a vocal opponent of the proposed sugar syrup mill in Bunkie, he's soured his relationship with some folks in central Louisiana ' but Lafayette leaders are real sweet on him.

At the May 19 Chamber of Commerce-sponsored Eggs & Issues event at the Petroleum Club, Kennedy outlined his plan for overcoming I-49's financial obstacles without raising taxes. He's proposing the state use $15 million in annual excess unclaimed property collections to service the bond debt on its 20 percent of the project to complete I-49 from New Orleans to Arkansas (a plan that will ultimately stretch the interstate from New Orleans to Canada). The strategy calls for the feds to match 80 percent of the $750 million project.

Kennedy, who also serves as chairman of the state's Bond Commission, says the plan doesn't take anyone's property or change the state's commitment to return it. Each year the state collects $30 million to $40 million in unclaimed property, only half of which is spoken for. The excess goes into the general fund until owners step forward. The state has been aggressively collecting unclaimed property in recent years, which should lessen the impact on the general fund if this plan, House Bill 654, makes it through the state Legislature this session.

Completion of the northern end of the interstate is estimated to create 17,000 jobs for the state, and the southern extension would create more than 61,000, Kennedy says. ' LT

BRUUUUCE & THE BLUERUNNERS Bruce Springsteen is warming up fans for his current sold-out national tour for his new CD, Devils and Dust, with a solid helping of Acadiana music. Prior to his shows, Springsteen is playing a number of handmade compilation CDs spotlighting his own favorites over the PA systems, and Lafayette Cajun rock ensemble The Bluerunners has three songs in the rotation. "Voodoo Mens and Voodoo Dolls," "Ghost of a Girl" and "Big Head" from the Bluerunners' new album, Honey Slides, got the nod from The Boss. BeauSoleil and the late Beau Jocque also have one song each in Springsteen's CD changer. (Springsteen's tour, unfortunately, doesn't currently have any Louisiana shows booked.) For the full list of Springsteen's choices, visit www.brucespringsteen.net/live/walkinmusic.html. ' SJ**