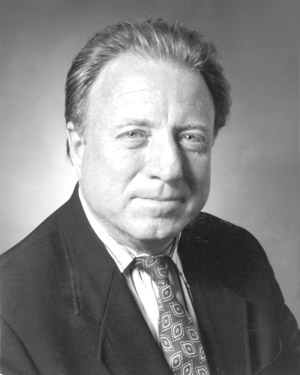 Despite the state and UL Lafayette's best effort to keep the newest appraisal of attorney Jimmy Davidson's Girard Park Drive property under wraps, 15th Judicial District Judge Ed Rubin ruled Monday in favor of The Independent Weekly, saying the appraisal is a public record. Rubin agreed with the newspaper that the new valuation was ordered in December by the Board of Supervisors for the UL System in connection with the university's proposed horse farm land swap deal, which the board approved in August 2005; Rubin rejected the university's position that the appraisal was prepared in anticipation of litigation ' specifically, a potential lawsuit the state would file to seize the Davidson property through expropriation.

After being denied access to the appraisal report, The Independent Weekly sued UL President Ray Authement's office June 30 for access to the document.

As requested by the board of supervisors, the state's Office of Facility Planning and Control contracted with Lane Godshall, a highly regarded and respected appraiser, earlier this year. Because of conflicting values on the horse farm, the board asked for "independent appraisals" of both the horse farm and the Davidson land, and the university agreed to pay for them. Godshall submitted quotes on both tracts but was told to move forward on the Davidson property first. The horse farm has not yet been reappraised.

In addition to the state and university's three-month-long attempt to keep the record from the public, Davidson himself threatened to sue appraiser Godshall if the value got out.

In a late August deposition, OFPC Administrative Director Denise Marrero testified that Davidson ' a member of the UL Foundation's Board of Trustees (its president from 1987-1990) and the university's longtime ski coach ' made threatening phone calls to Godshall. In his deposition last week, Godshall confirmed that Davidson threatened him in one conversation. After the appraisal was completed and delivered, Davidson told Godshall, "If this value gets out, I will sue your ass."

Godshall did not share any information on the figures in his report with Davidson, and it is unclear how the local attorney came to know the value in the new appraisal, which Dr. Wayne Denton picked up from the OFPC in Baton Rouge. Denton is the university official who introduced the idea of the horse farm land swap to Authement sometime in 2004.

The controversial land swap transaction was not formally called off until June of this year by Authement, after he received the appraisal and informed the respective parties ' Dan Menard and Jerry Brents of BRE-ARD LLC, and Davidson ' in a meeting at his office. BRE-ARD was to buy Davidson's 4.13 acres for $3.25 million and swap them for 36 acres of the Johnston Street horse farm, also valued at $3.25 million. Because the university was seeking to rezone the horse farm for BRE-ARD's proposed retail development, an updated valuation of the tract as commercial property was ordered, hiking the value to $5.37 million. That $2 million-plus discrepancy led the board of supervisors to request "independent appraisals" in December of last year.

In a press release Authement prepared about the findings of the Godshall appraisal before the OFPC invoked its longstanding policy of not releasing such appraisals, Authement laid out his case for ordering yet another valuation of Davidson's property. A draft of that release was obtained by The Independent during the discovery process of the public records lawsuit. And while the value was obscured, it is clear from Authement's tone in the press release that Godshall's valuation was much lower than that of George Parker, a now-retired appraiser who conducted the initial Davidson appraisal.

In his Aug. 31 deposition, Authement said he learned of Davidson's threat to Godshall only a few days earlier; however, the behavior of the local attorney and longtime friend of the university is not deterring the 77-year-old university president from acquiring the land, which he says UL needs for expansion. Despite a year of controversy and expenses related to the botched land swap, Authement still wants the Davidson property.

Rubin's decision does not take effect immediately, as the university has until Friday, Sept. 15, to decide if it will appeal the ruling.