Lafayette has a special place in the heart of the man who gave away almost 80,000 meals after Hurricane Katrina. And he'd like nothing more than to bring his famous charbroiled oysters to town.

Don't get Tommy Cvitanovich started about Lafayette. He absolutely loves this place. And while he's tabled plans to expand his famous Drago's Seafood Restaurant from the New Orleans area to the Hub City, he's hinting that he'll likely be back scouting later this summer.

"We were looking at a couple of places in the River Ranch area. I love that neighborhood," Cvitanovich told ABiz last Friday, noting that expansion is definitely in his future. "If you look at the demographics of the River Ranch area, it is very, very impressive. Although I'm not an expert on demographics, I would bet that there are not many places in Louisiana that have as influential and high-end demographics as River Ranch. The business opportunity is there for us," he says. "Are we going to look again in Lafayette this summer? Very possibly. My goal is to have another restaurant one day, either Baton Rouge, Lafayette and/or Houston." 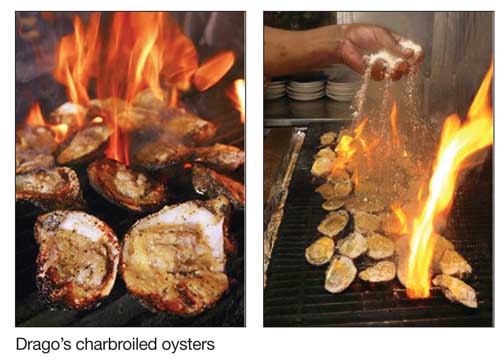 Cvitanovich, who runs the two Drago's restaurants - the original in Metairie and the now 5-year-old location in the Hilton on Poydras Street - says the main reason he backed away is to devote more time to the Hilton-based eatery. "My customers ... I want to make sure everything is handled properly. The Hilton is kind of growing a little too fast for us," he says. "I want to make sure we stay on top of our game."

There's a personal reason as well. The father of four, Cvitanovich says quality of life with his family is high on his list of priorities, and he does not want to spread himself too thin.

Clearly, however, Lafayette appears to have the edge. "We didn't pick another area over [Lafayette]," Cvitanovich stresses. "When we do start looking again, that region will be a priority for us.

"It doesn't matter if you go into a Burger King, a fast food restaurant or a fine dining restaurant in Lafayette, everybody is nice. I just like Lafayette. In being one of the people in the [Louisiana] restaurant association, one of the higher ups in the association in the last few years, we've gone to Lafayette, and every single time I've gone there I've had a great experience."

Drago's was founded in 1969 by Cvitanovich's parents, Drago and Klara Cvitanovich. Drago is now retired and Klara is still helping run the restaurants.

Though Drago's offers a full seafood menu, charbroiled oysters are what it's most famous for. But those didn't hit the menu until 1993 when Tommy, a chef, decided to experiment with a sauce of garlic, butter and herbs. He brushed the sauce on a fresh batch of oysters, dusted them with a blend of Parmesan and Romano cheese and cooked them in their shell on a hot grill.

The rest, as they say, is history.