A new deal for the Old Bella Figura spot helps avert a lawsuit between landlord and former tenant Jack Ainsworth. 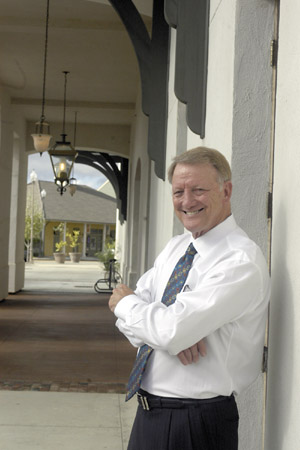 The Todaro family, owners of the popular Marcello's Wine Market on Johnston Street, will soon have a second location ' this one with a full-fledged deli. The father-and-son wine sellers, Gene and Gene Jr., are taking over the Kaliste Saloom Road spot vacated by Jack Ainsworth, who broke his lease to move Bella Figura restaurant to the City Club at River Ranch in March.

The store front Bella Figura abandoned has generated a lot of interest in the past few months, according to Tex Plumley, who owns the Centre Park shopping center with Dr. Andrew Harwood. Potential tenants included Carmelo Ristorante, an Italian eatery on the corner of Decatur and Toulouse streets in New Orleans. But Carmelo could not move as quickly as the Todaros, says Plumley, who was anxious to find a replacement for Ainsworth's Bella Figura. Ainsworth's departure from the spot violated the lease agreement, prompting Plumley and his partner to consider legal action. Plumley says Ainsworth has thus far been able to avoid a lawsuit to uphold the lease because the Todaros are moving in. The space has been vacant since Bella Figura moved out, despite a stipulation in the lease that prevented it from going dark.

Additionally, Bella Figura still has more than two years on the lease. The rent is being paid, Plumley says, and as part of the negotiations, Ainsworth will guarantee it through its duration. "Jack stays involved from the standpoint that he still has 28 months on his lease."

Ainsworth says he's had every intention of fulfilling the terms of his lease but acknowledges overlooking the stipulation preventing him from leaving the space vacant. "My first words out of my mouth were, 'Tex, I'm going to honor the terms of my lease,' [but] I wasn't aware of the dark clause," the restaurateur says.

The loss of Bella Figura was exacerbated by Ainsworth's initial plans to expand into a space Centre Park's owners freed up specifically for him. Ainsworth had long wanted to expand his Italian eatery, Plumley says, and in December verbally committed to take over more space when a tenant, Kids Krop Shop, wanted out of its lease. Plumley let the salon owner out of her lease two years early without paying any penalties. "I was definitely surprised he was leaving," says Plumley, who didn't find out until early January ' when he sent the lease agreement for the additional space to Ainsworth ' that Bella Figura would be heading to the City Club.

Earlier this year, Ainsworth told The Independent Weekly he had been in talks with City Club officials since last summer ("Moody family out, Bella Figura in," Jan. 10). The restaurateur now explains that negotiations with the City Club had fallen apart in December when he agreed to take the additional space on Kaliste Saloom Road. "I turned that [initial City Club] deal down and was going to stay where I was," Ainsworth says. "Robert Daigle [River Ranch's developer and a co-owner of City Club] came back with a different structure of a deal that basically was just too good to turn down." Ainsworth says he notified Plumley within a couple of weeks of accepting Daigle's offer.

The Todaros have worked out a deal to purchase the equipment Bella Figura left behind and aren't planning any major renovation of the space, according to Gene Jr. "The place is beautiful already," he says, "so the changes will be minor."

The Todaros have been operating their retail wine shop in Lafayette since 1980, when they started in La Promenade mall. Marcello's Wine Market and Deli, which will offer a large selection of wines (along with regular wine tastings), liquor, and imported and micro-brewed beer, should be open within three months. The deli portion will bring back several popular menu items that the family once offered at its Time Plaza Italian restaurant and wine bar, Marcello's, which Gene Jr. says closed in the late 1980s. The deli will also have a variety of cheeses, salamis, and other cured meats, as well as cold and hot sandwiches.

Gene Jr. lives in Baton Rouge, and his father lives in Lafayette. They sold their smaller Baton Rouge wine shop after Hurricane Katrina to focus their efforts in Lafayette. "We're concentrating on Lafayette," the younger Todaro says, "and we're looking for more locations in north Louisiana and central Louisiana."