Ema Haq is about to shake things up in his well-known restaurants, Ema's on Pinhook Road and Bailey's Seafood & Grill on Johnston Street.

Ema Haq is about to shake things up in his well-known restaurants, Ema's and Bailey's Seafood & Grill.

On Friday, May 25, Ema's Restaurant will close its doors in the Acadian Village shopping center on Pinhook Road to join Bailey's at the Centerpiece Shopping Center on Johnston Street. Meanwhile, Haq plans to change the name of Bailey's Seafood & Grill to Bailey's Bistro and eliminate the restaurant's lunch menu.

Beginning June 4, Ema's Restaurant will extend its service to seven days a week and offer additions to the existing menu. According to Haq, the new location will work to complement both restaurants, with Ema's serving breakfast and lunch and Bailey's offering dinner and event catering. 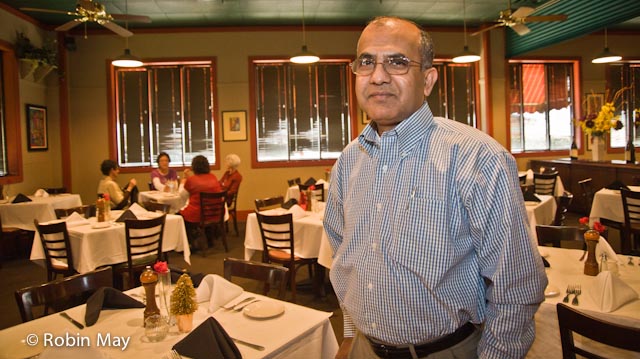 "We want to create a culinary destination," Haq says, describing plans to build a patio outside of both restaurants, as well as three meeting rooms that will hold as many as 90 people. Haq says he will move all of his staff to the new location and plans to hire more employees to fill the new hours.

The move will also help Haq dedicate more time to both businesses. "The [current] location [on Pinhook] is good," he says. "I just have limited time and need to concentrate on one location." Ema's took over the Pinhook Road spot after Edie's Restaurant shuttered it in 2005 to downsize its operation on Bendel Road.

Haq, who has been in the restaurant business for two decades, also owns the offshore catering enterprise Bailey's Catering.