Lafayette's schools chief is eyeing an intervention model that is thriving in Iberia Parish.
By Heather Miller

As Lafayette Parish Schools Superintendent Pat Cooper continues to hammer home the centerpieces of his district turnaround plan, one doesn't have to look farther than neighboring parishes in Acadiana to see a rare prototype of Cooper's vision that's been flourishing in Iberia, St. Martin and St. Mary parish schools for more than a decade.

Lafayette's schools chief is eyeing an intervention model that is thriving in Iberia Parish.
By Heather Miller 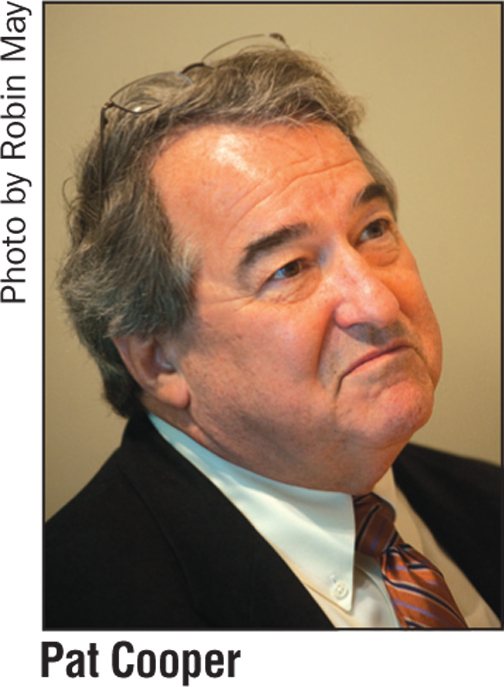 As Lafayette Parish Schools Superintendent Pat Cooper continues to hammer home the centerpieces of his district turnaround plan, one doesn't have to look farther than neighboring parishes in Acadiana to see a rare prototype of Cooper's vision that's been flourishing in Iberia, St. Martin and St. Mary parish schools for more than a decade.

The Prosecutor's Early Intervention Program, created in 2000 by 16th Judicial District Attorney Phil Haney when he first took office, uses a nationally recognized model of pooling a mélange of public resources - including law enforcement and the judicial system - to identify at-risk children through the school system and intervene with them before they enter the juvenile justice system.

In its essence, the program provides a "strong-arm" style of support to the school system, a last-resort means for bringing together parents, teachers and at-risk children to resolve problems like truancy and violent behavior that often lead to "a life marred by educational failure, involvement in crime and drug use, and limited employment opportunities," according to a multi-authored research report on Haney's early intervention model.

"The key is the partnership between the DA's office and the school system, which allows the school system, once they've exhausted their ways to fix things, there's another mechanism to come in and help solve what they couldn't do on their own," Haney says. "Encompassing that is law enforcement and the judges, and probably most important is the parents. We get with the teacher, principal or both, and then come up with a program and ask the parents to voluntarily participate in our program. We tell them we're not trying to punish you. We use five best-practice programs that deal with anger management issues, mentoring moms, things like that."

Haney began the pilot of his Early Intervention Program by placing case managers at three schools. Since then, it's increased to every elementary school in the 16th Judicial District and even has case managers working in some middle schools, Haney says. The program has directly aided more than 3,000 students since its inception.

"When we started it, the program worked, the school system liked it, and they put some money up. I continued to put some money up; it continued to expand and get larger," Haney recalls. "Around 2005 or 2006, we went to Legislature and got the program created legislatively for our judicial district. That gave us a funding mechanism through court costs on misdemeanors and felonies, as some of the court costs go directly to early intervention."

Also eagerly buying in to the Early Intervention Program were St. Martin and Iberia parish governments, Haney explains, both of which have dedicated a portion of their health unit taxes to the cause. Since then, the state Office of Juvenile Justice has stepped in to offer supplemental funds for Haney's program, in addition to full-time grant-writing that helps to underwrite the initiative.

"Juvenile Justice has tried to go in and find diversion and prevention programs, then say, "Show us it works and we'll help you fund it,'" Haney says. "If it doesn't work, we'll strip the money. To put a child through a secure facility, it costs about $150,000 a year for the state. In my program, it costs the state $400 or $500."

Though the program was met with great success at its onset, Haney's Early Intervention "quasi-experiment" has evolved into a true research-based model that focuses heavily on the real results of the efforts at hand. The research aspect couldn't have happened without the Early Intervention Program's executive director, Claire Daly, who used her life's work in family treatment and counseling to raise the bar for Early Intervention in the tri-parish area.

"We rely heavily on that program to assist us with not only keeping students in school, but when they're in school, making sure that they're engaged," says Iberia Parish Schools Superintendent Dale Henderson. "It involves the parents and the students, kind of using the strong arm of the DA's office to reengage parents and students in the educational process. Through grant funding and participation with other agencies, [Haney's] been able to hire some really excellent individuals who understand the importance of keeping children in school and the importance of making that connection with parents as well." 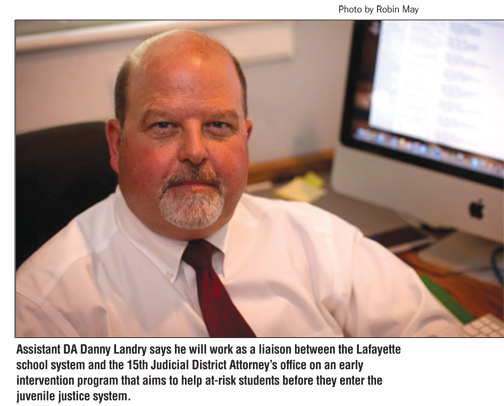 For anyone who's been following Cooper's discussions on how he plans to turn around the Lafayette Parish School System, research-based results and community collaboration are two concepts you'll hear quite often. After hearing of Haney's program in the 16th, Cooper recently sat down with Haney and Daly for an overview. Though nothing formal has been laid out here at home, Cooper and the 15th Judicial District Attorney's Office have both indicated a willingness to explore Haney's program's success.

"If you can get them young and keep even half of them from going down the wrong path, that's pretty great," says Assistant District Attorney Danny Landry, who has agreed to act as a liaison between the school system and the 15th Judicial DA's office in Lafayette regarding potential partnerships on early intervention.