To qualify for the Top 50 list, companies must be headquartered in the six-parish region and cannot be a subsidiary of an entity based out of the region. Businesses will be ranked by gross revenues. While voluntary participation from companies is greatly appreciated, it is not essential to the success of the project, one of the largest annual undertakings of ABiz. Our staff utilizes various resources to bring to ABiz readers the kind of comprehensive list of activity you can't find elsewhere at such a critical time for the business community. 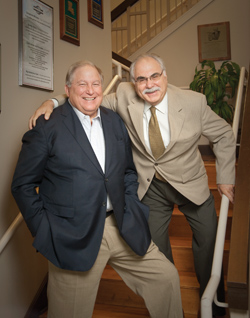 View last year's issue, including profiles of several of the companies that landed a spot, here. Acadiana's publicly traded companies will also be ranked by revenues.

Co-presented by the law firm of Allen & Gooch and Whitney Bank, with supporting sponsors Acadiana Economic Development Council and Alford Staples Lapeyre & Robichaux Insurance, a luncheon to honor the companies is scheduled for early August at the Cajundome Convention Center from 11:45 a.m. to 2 p.m. (the specific date will be announced soon). We will also announce a handful of awards that day, among which is an honor for the CEO of the top ranked company, and the AEDC will present a special business award as well.

Email the names of companies you would like to nominate for Top 50 to Leslie Turk at [email protected] (please put Top 50 and the company name in the subject line).

For a Top 50 Privately Held Companies nomination form, which must be returned to both Turk and Erin Zaunbrecher at [email protected], click here.

Coming from ABiz Aug. 30 is our annual issue dedicated to the role women play in shaping our community's success. Each fall ABiz profiles up to 10 inspiring women from across the community - business, politics, education, non-profits - who are still active in their careers and recognized for their professionalism, entrepreneurship, civic involvement and community leadership. We also honor a small group of trailblazers who are retired or semi-retired and helped pave the way for succeeding generations of women. The Women Who Mean Business honorees and trailblazers will be featured as a cover story in the August-September issue of ABiz, which publishes Aug. 30.

The premier recognition for women of influence in Acadiana, this is the 15th year for the inspiring event and awards luncheon that attracts more than 350 people. Co-presented by IberiaBank and LHC Group, with supporting sponsor Dr. Ken Odinet and Courtesy Automotive Group, the 2011 luncheon is Wednesday, Sept. 12, at 11:45 a.m. at River Oaks on Kaliste Saloom Road.

Nominations for this year's awards may be submitted by e-mail to [email protected]; please include WWMB Award in the subject line. Submit via fax to 337.983.0150 or by mail to 551 Jefferson St., Lafayette, LA 70501. The deadline is July 16. View last year's WWMB cover story here and the list of past winners here: