Beaumont-based franchisee expands to Lafayette, investing $3 million in an 8,500-square-foot eatery on Johnston Street near the Mall of Acadiana. Allen Perkins' Beaumont-based WOW Food Concepts has invested $3 million in an 8,500-square-foot Cheddar's Casual Café on Johnston Street across from the Mall of Acadiana. ABiz first reported the expansion to Lafayette in early September; the restaurant opens Monday, June 18. 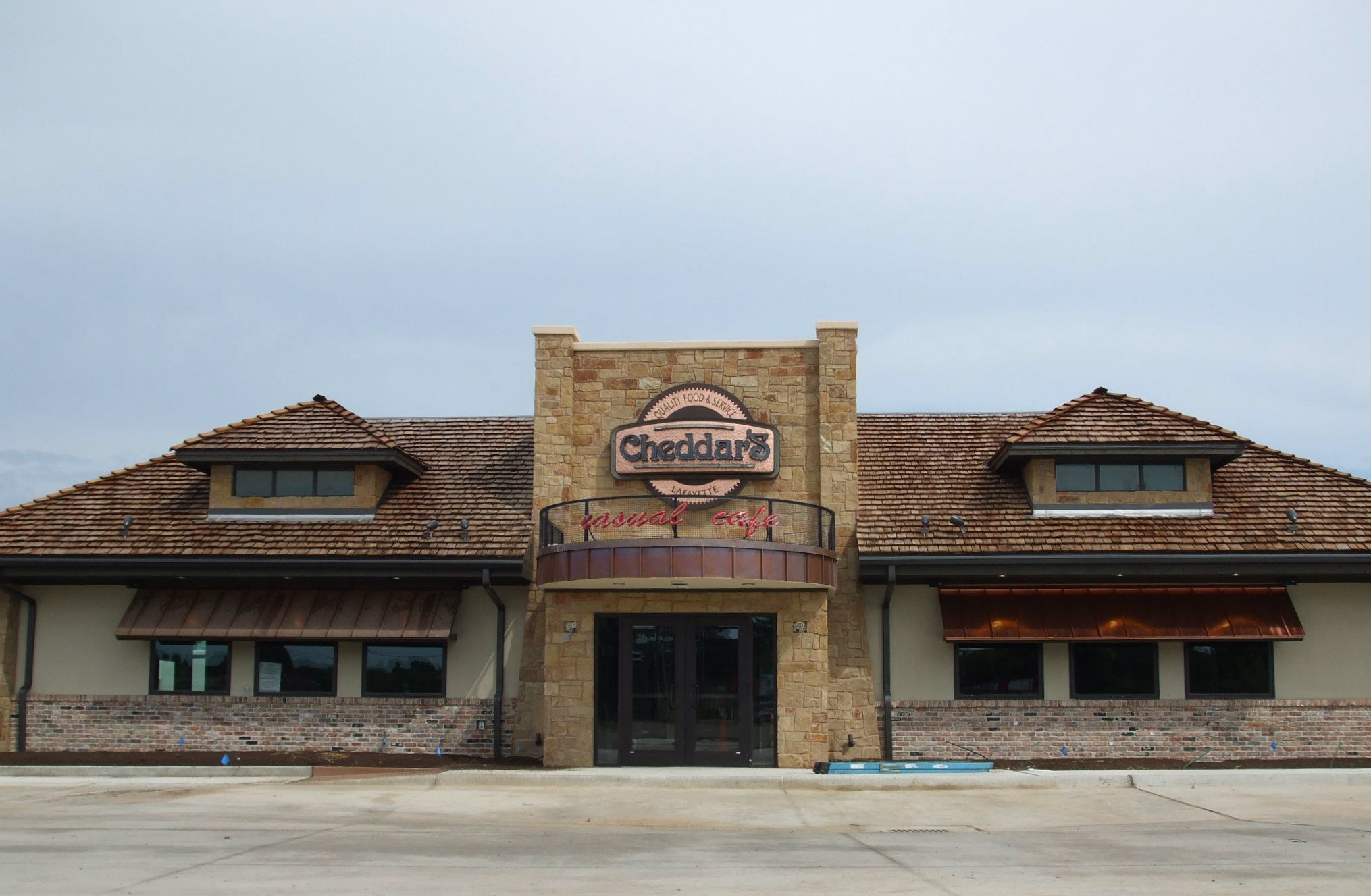 On Monday, a Beaumont-based franchisee will open a location of Cheddar's on Johnston Street near the Mall of Acadiana.

Perkins' company is the franchisee for the Irving, Texas-headquartered chain of about 100 stores, most of which are corporate owned and operated. Lafayette is WOW's fifth location and first expansion outside of Texas. The company owns Cheddar's restaurants in the Texas cities of Houston, Webster, Port Arthur and Beaumont.

In a press release announcing the opening, Perkins says he believes Cheddar's, founded in 1978, is a perfect match for the city voted "Tastiest Town in the South" in a Southern Living poll. "We've built a reputation and loyal customer base by serving high quality, made-from-scratch meals, in a comfortable setting at a reasonable price," he says.

The restaurant, which seats 275 guests dining under a towering cedar ceiling, has created 150 new jobs. The décor features walls and floors of natural stone, including granite and travertine, and a large aquarium.

Cheddar's serves steaks, hickory smoked baby back ribs and half-pound hamburgers, as well as classic shrimp and chicken entrees. Its menu offers specialty appetizers large enough to share, sandwiches, homemade soups and fresh salads served with honeybutter croissants, and desserts, including a chocolate chip cookie served in a skillet. The restaurant is open seven days a week - from 11 a.m. to 11 p.m. Monday through Thursday and Sunday, and 11 a.m. to midnight Friday and Saturday.