EatLafayette, an initiative to get more diners into local restaurants, launches today, as does The Independent's Dish of the Day feature. Every week day during EatLafayette, the popular initiative to get more diners into locally owned restaurants, The Independent will spotlight a Dish of the Day. The campaign runs June 18 to Aug. 15, with a kick-off event scheduled for Tuesday from 5:30 to 7:30 p.m. at the Acadiana Center for the Arts.

To be eligible for the Dish of the Day feature, digital images from participating EatLafayette restaurants or their patrons must be emailed to Katie Macdonald at [email protected] or Elizabeth Rose and [email protected] (From time to time, The Independent will also photograph some of the dishes.) When emailing please include information like any special cooking techniques used, the name of the chef or cook who prepared the dish, and whether the dish is part of an EatLafayette special. The print edition of the paper will include a Dish of the Week feature. Read more about The Independent's ongoing EatLafayette coverage here. 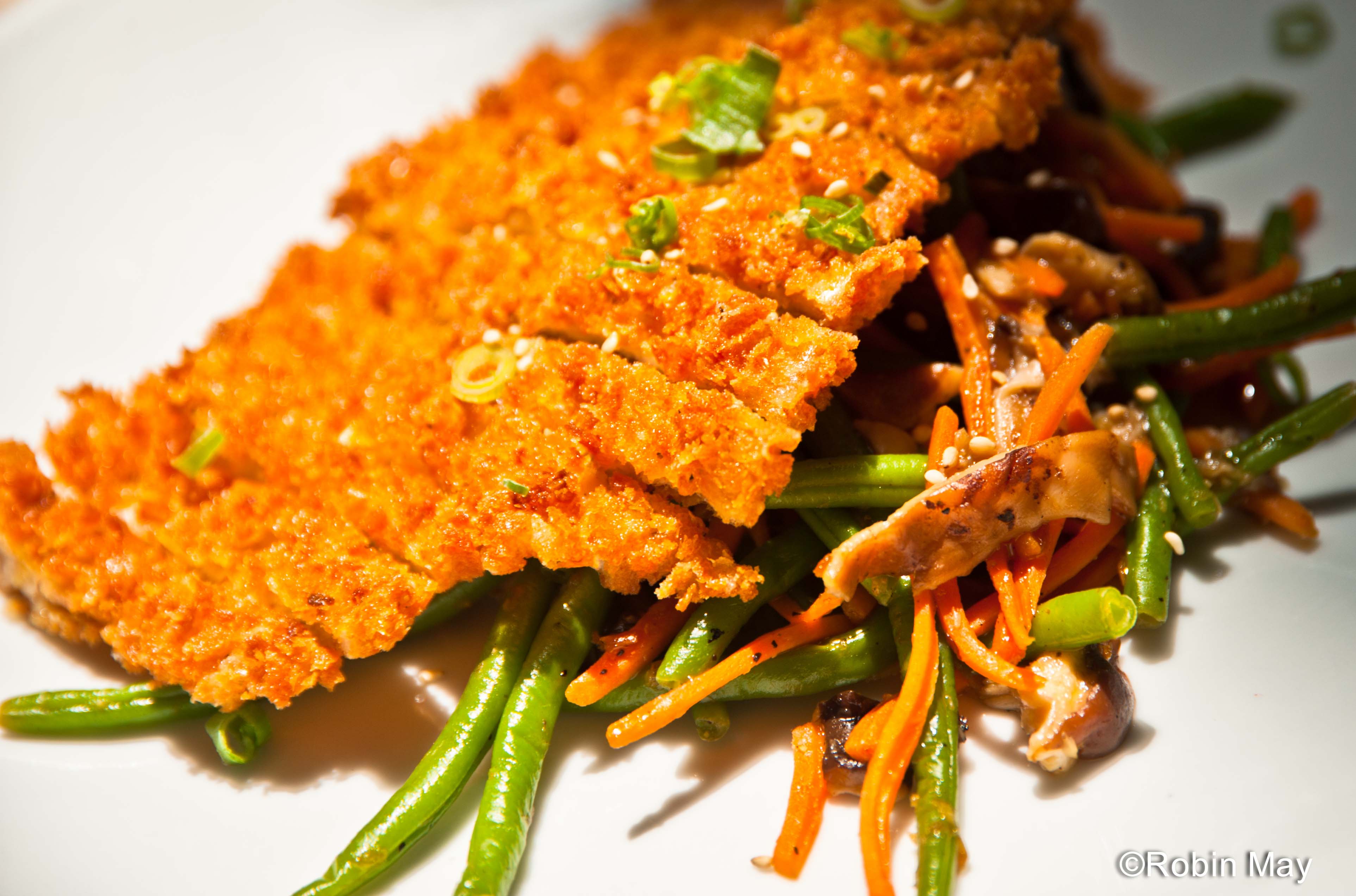 Dish of the Day, Monday, Aug. 18:
Tsunami's Tonkatsu, a crispy pork cutlet breaded in Panko - Japanese breadcrumbs - served with grilled baby green beans and shiitake mushrooms. The entrée is part of a larger EatLafayette special, where diners can order soup, salad, an entrée and one sushi roll for $20. Tsunami opened its doors at 412 Jefferson St. in January 2000, offering many adventurous Lafayette eaters their first taste of sushi.