New Orleans doctor and evacuee Peter Reynaud wants to help, but even volunteering can be difficult. 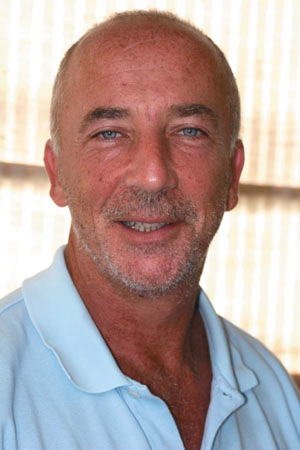 Peter Reynaud is an internist and pediatrician with years of experience working in emergency rooms and field hospitals in New York, Africa, Southeast Asia and Central America in conjunction with Doctors of the World and Doctors Without Borders. His medical degree is from LSU New Orleans, and he recently went back to Tulane and received a master's degree in tropical medicine. He evacuated New Orleans Sunday morning to New Iberia with his parents and one of his brothers. The rest of his family is scattered–one brother's family is in Pensacola, a sister and her family are somewhere north of Hammond.

Since Tuesday he's been trying to volunteer to help, with little success.

"The first number I called was 211 [the emergency number], and was given numbers for United Way of Acadiana and the American Red Cross," he says. "The American Red Cross is always busy or the circuits are overloaded. I reached the United Way and spoke with a woman who took my information and said she would call me back. So far it's Thursday morning, and I haven't been called. I called state police and was given a number for volunteers. I called the number, gave information, my direct contact numbers. I've never been called back."

He also e-mailed a link for doctors on nola.com and called the Department of Health and Hospitals and gave them direct numbers. He didn't hear back from either. So he attempted to offer his services in person.

"The Phoenix Fire Department was staging in Bouligny Plaza in New Iberia. I walked over there and told them that I was an MD with experience with Doctors of the World. They have a medical team who are integrated into their efforts. They turned me down. For someone to walk up and offer services and be accepted would be a big act of faith for them."

Reynaud says even someone trained in emergency situations has to have direction. "You can't just walk in and start treating people. You have to have supplies and a structure of triage. It's not like I can go with a stethoscope and start saving people. For medical stuff you have to have organized structure."

Reynaud went to the Cajundome to volunteer on Thursday afternoon. Criteria was very loose; a name label with "Red Cross" on it will give anyone access to anywhere in the dome. He talked to Dr. Charles Wyatt, a physician at the Cardiovascular Institute of the South, who created the medical center at the dome when it opened as a relief shelter. "Currently, we have 6,000 residents with their own little city," Wyatt says. As of 3 p.m., according to Wyatt, there were more medical volunteers than patients. Reynaud was told to call back about scheduling.

He's familiar with disaster sites. Reynaud was working in New York when the twin towers were struck on Sept. 11, 2001. "I was working at St. Vincent's hospital during 9-11, in a satellite clinic," he remembers. "I went to the main hospital, and all the doctors on staff and all the doctors in the clinic came in. They were trying to organize who would stay on staff, who would go to field sites, who would do emergency work. One group was sent down to the World Trade Center site, but had to turn back because of reported gas leaks and fires. One group was sent to set up a morgue on the West Side Highway, and I was sent to the emergency room. In the emergency room we had tons of doctors from the surrounding area ' New Jersey, Connecticut ' who wanted to help, but we had no place to send them to. A lot of them were put on hold, made to wait in a waiting room."

Reynaud says he thinks the state is going through the process of creating an emergency structure but isn't yet able to accept the influx of calls from doctors wanting to help. "I'm not in any kind of local organization or Louisiana group," he says. "They're probably organizing right now, but for those of us outside that structure, we're just waiting."

At 4 p.m. Friday, Reynaud finally connected with Acadian Ambulance and was scheduled to head to New Orleans.