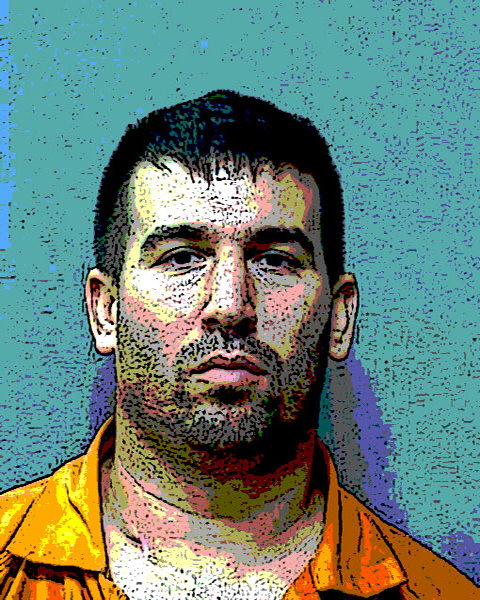 Lafayette Police believe the only victim of circumstance they'll be talking about Wednesday is Mickey Shunick. It's highly likely Brandon Scott Lavergne will be indicted today, but without her body, local police will rely on a wealth of circumstantial evidence to convince a grand jury he kidnapped and killed her. Lavergne was arrested July 5 for the aggravated kidnapping and first-degree murder of the 21-year-old UL Lafayette student.

For starters, just how did Lavergne get all those injuries on May 19, the day Shunick went missing, and were the stories he told law enforcement in Jefferson Parish, health care workers at two separate hospitals and friends and relatives consistent? Sources with knowledge of the investigation involving the 33-year-old convicted sex offender tell The Independent Lavergne was treated for his May 19 injuries at Opelousas General; among the most serious was a lacerated finger requiring surgery.
Shunick was last seen in the early morning hours of May 19 riding her bicycle in the downtown Lafayette area.

A City Hall security camera captured her on her bike at 1:48 a.m. that day on St. Landry Street near University Avenue, about the same time a white Chevrolet Z71 was caught on tape at the intersection traveling in the same direction. Lafayette police say that truck was driven by Lavergne, whom they contend later set fire to it in San Jacinto County, Texas, within days of the images being released to the public. Sources say the fire burned so hot that the entire truck was consumed in flames, destroying most - if not all - potential evidence in the case. Police have not said whether they were able to collect any evidence from the truck.

Our sources would not confirm information we received that Lavergne rented a car for his return trip home after telling his insurance company that his truck had been stolen. What is known is that once he returned home, Lavergne purchased another white Chevrolet Z71 from Don's Wholesale in Lafayette to replace the one destroyed by arson.

The Independent reported last week that on the same day Shunick went missing, Lavergne was treated at Ochsner Hospital in the New Orleans area. He had been stabbed several times in the chest, back, neck and hand with a "knife/cutting instrument," according to a report on the incident by the Jefferson Parish Sheriff's Office. Lavergne told the deputy who interviewed him at the hospital that he was attacked outside of a gas station when he stopped to ask for directions but would not, or could not, provide any details about where the supposed incident occurred.

On Sunday The Independent learned and later confirmed with sources close to the investigation that Lavergne also went to the emergency room of Opelousas General, which is nearer his home in the Swords area of St. Landry Parish. Our sources say doctors at the hospital performed surgery on his finger, and note that at the time Lavergne also was suffering from an extensive breakout of poison ivy. It's unclear if he went to the Opelousas hospital immediately after returning from New Orleans and whether he was treated on a single visit. It is worth noting that, depending on a person's sensitivity, poison ivy breakouts can begin to appear within a few hours of contact with the plant.

While police believe Shunick is not alive, they have not said how they think Lavergne killed her.

Citing privacy laws, an Opelousas General official would neither confirm nor deny that Lavergne sought treatment there for his injuries.

The Independent has also learned that police in at least a couple of jurisdictions outside of Lafayette are investigating possible links between Lavergne and unsolved crimes against women. Our sources say that among the items retrieved from Lavergne's home after his July 5 arrest were bloodied pictures he took of himself and an undisclosed number of women's IDs.

"We have been contacted by other agencies regarding the arrest and have shared information," Lafayette Police Department spokesman Paul Mouton writes in an email about whether Lavergne is being investigated for other crimes. "I cannot confirm the agencies that have contacted us in this investigation."