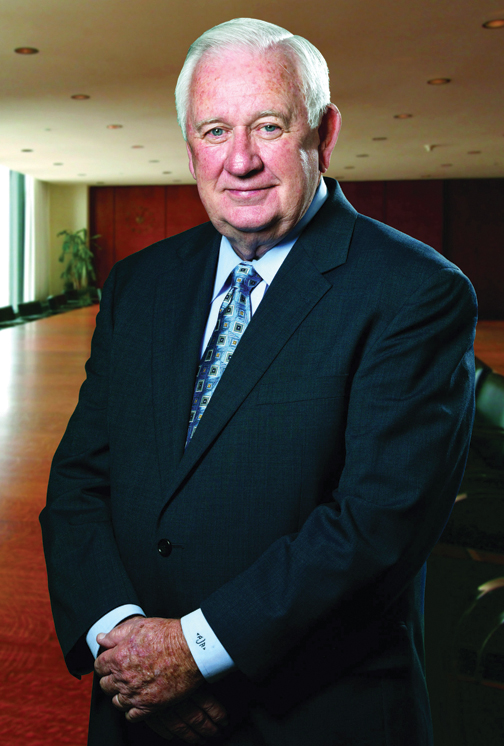 There's nothing pretty about the oil spill claims BP is paying, but Lafayette attorney Pat Juneau contends the process is yielding significant benefits for the state.
By Jeremy Alford

You can tell Pat Juneau has put in his time before juries and judges. The Lafayette attorney has a gentle touch, which seemed to be appreciated by the panel of state lawmakers charged with overseeing the Deepwater Horizon Claims Center.

There's nothing pretty about the oil spill claims BP is paying, but Lafayette attorney Pat Juneau contends the process is yielding significant benefits for the state.
By Jeremy Alford

You can tell Pat Juneau has put in his time before juries and judges. The Lafayette attorney has a gentle touch, which seemed to be appreciated by the panel of state lawmakers charged with overseeing the Deepwater Horizon Claims Center. Juneau was named claims administrator by a federal court this past spring, charged with making sure residents and businesses are compensated for damages and losses.

He explained this to the oversight committee as only an archetypical Southern lawyer with a shock of white hair could. Slowly. Deliberately. With a mix of dead seriousness and casual banter that sometimes drones on but captures attention spans.

"He is a Louisiana person, and he's real familiar with the folks involved in this," state Sen. Ed Murray, D-New Orleans, said during the committee's most recent hearing. "I think he will do a much better job than what they had before."

What we had before was Kenneth Feinberg, who oversaw the process when it was called the Gulf Coast Claims Facility. Juneau replaces Feinberg, a Boston brawler who would publicly and fiercely debate with elected officials over issues of fairness with the same kind of zeal he reserved for commercial fisherman and coastal residents.

The claims center was preparing to start shipping out payments in late July. With the assistance of 18 satellite offices across the Gulf Coast, more than 20,000 claims had been filed as of July 1, with roughly 30 percent coming from Louisiana. In comparison, the Feinberg-led center processed about 221,000 claims and paid out $6 billion.

It's expected that about $7 billion will eventually be paid out across the Gulf Coast from the process Juneau is overseeing. "I want to stress to everyone that that's just a projection. There's no cap on the fund," Juneau says. "I'm not sure how much will come to Louisiana, but I'm not naive. It will be a significant number, and it will have a B' on it, in the billions."

He adds that the number of claims will steadily increase. After all, there were 75,000 claim forms mailed out in June to individuals and businesses that may be eligible to participate. And Juneau says an operational framework is in place to handle the masses, should they come.

He argues there's an "unknown story" in association with that preparation - that is, the economic impact the process will eventually have on Louisiana's economy, and already is in some instances.

Juneau referred to a study of the money being spent on administration and processing - not the actual claims - that predicted $270 million in sales, $290 million in salaries for new jobs and $20 million for the state treasury over the next three years. "There are good things that are going to happen to Louisiana," he says.

The claims center's headquarters have been set up in the Energy Building, a skyscraper in New Orleans. It alone employs more than 340 people, plus 100 accountants who live in Louisiana. Two shifts help man the main offices 24 hours a day. "We've taken over four floors there. That is now a vibrant building in Louisiana."

There's likewise a call center in Hammond that can staff up to 400 people and six satellite offices spread through the state. "We have a heck of an investment here in Louisiana," Juneau adds.

Rep. Joe Harrison, R-Napoleonville, counters that it's a bittersweet accomplishment and that he's more concerned that a funding mechanism will be there in coming months and years for elongated or future claims. "The existing businesses that were affected by this are who I'm worried about," Harrison says.

Juneau says those existing businesses will be treated more fairly under the new process he's overseeing. He notes that his appointment came from the court, that the Web-based application system is "transparency on steroids," applicants will know up front what they'll need to participate, and there is an easy-to-navigate appeals process. "And if they don't like the program for whatever reason, they can opt out by Oct. 1 and then pursue their rights," he notes.

Addressing some lawmakers' suggestions that more outreach needs to be done to let people know what's going on, Juneau says "millions" of letters have already been mailed, commercials are on television, announcements have aired on radio, and print advertising had been purchased. One lawmaker said he noticed an advertisement in the Shreveport region, but some closer to the coast could offer no similar examples.

Harrison and others asked Juneau to help them conduct community meetings, which have been ongoing. "There is a lot of apprehension about going from one claims group to another," Harrison says.

Juneau, who would like to make his employees available for any and all such gatherings, says new claimants can still come forward if they feel they were impacted by the oil spill; those with claims that were pending under the old process have already been notified. "If you're in doubt, file the claim," Juneau says. "We'll do the homework for you."

The process being overseen by Juneau is fueled by an $8 billion settlement reached during the first week of March between attorneys representing more than 100,000 individuals and businesses with claims against BP over the 2010 Deepwater Horizon explosion. The local law firm of Domengeaux, Wright, Roy & Edwards, led by managing member Jim Roy, helped negotiate the $8 billion settlement.

If you're interested in filing a claim, try one of the following:

The main website, which can direct you to either economic or medical claims, at www.deepwaterhorizonsettlement.com; or