Lafayette restaurant The French Press will make its debut on a Cooking Channel show Aug. 7.

The Cooking Channel has been filming a new series called Road Trip'n with Chef GEE and arrived at The French Press two months ago to shoot a cooking demonstration and highlight some of the restaurant's famed dishes for an episode set to air Aug. 7 at 8 p.m. The filming crew came after hours and stayed for 10 hours, said French Press employee Yetta Russell. In addition, writers from The Rolling Stone went to Artmosphere and The French Press and took photos of their plates of food - a smaller production. According to Russell, the Road Trip'n show will highlight some of the restaurant's more popular plates, including grits and grillades with fried oysters and the Cajun Benedict, and also did a cooking demonstration of the croque madame sandwich.

The French Press will host a viewing party for the episode and Russell said they're planning on securing a projector and will serve food and drinks. 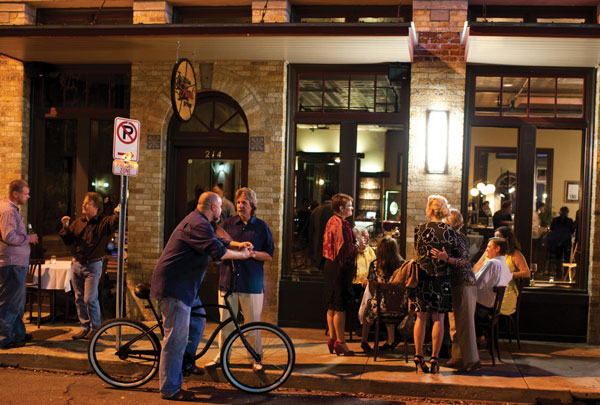