River Ranch furniture store takes over adjoining space, expanding total square footage to 31,000. Paul Michael Company now has more floor space to display a wider variety of its furniture and accessories, many of which are designed by founder Paul Michael himself and produced by the company at its Dermott, Ark., facility.

Paul Michael Company, which expanded into Lafayette in 2009, opening a store on Kaliste Saloom Road in River Ranch, has consumed the vacant 8,000 square feet of space connected to its existing store, bringing its total floor space to 31,000 square feet. 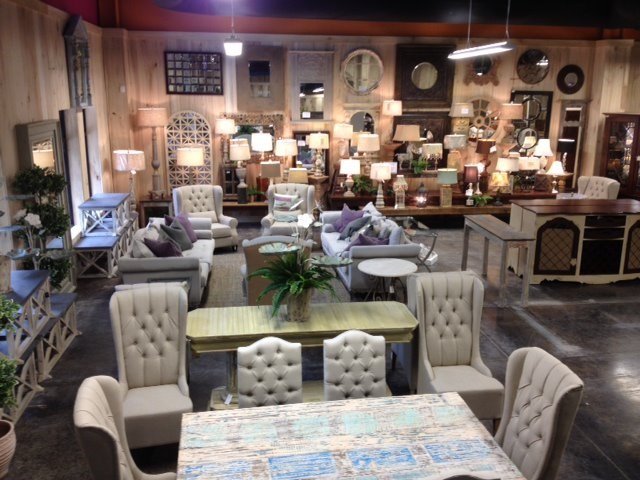 Paul Michael Company now has 8,000 additional square feet to display its furniture and accessories, many of which are designed by founder Paul Michael himself and manufactured by the company at its Dermott, Ark., facility.

"We are very pleased to finally have a venue to showcase our furniture line that we design and make," Paul Michael tells ABiz. "In the past we have been limited in space, and the new addition is dedicated to our furniture line and offerings - all unusual pieces not found in a conventional furniture retail setting." The company took over the space previously occupied by Pippin McGee.

By eliminating the middle man, Michael says he is able to offer his pieces at much lower price points. Paul Michael Company's exclusive furniture line is made in Arkansas out of reclaimed materials and woods, many of them salvaged from South Louisiana structures. Headquartered "quite literally, in a cotton field" in Lake Village, Ark., according to its website, the company also has a woodshop in Dermott, Ark., that operates seven days a week. "The line is of superior quality at very favorable prices," Michael says.

Paul Michael Company expanded to Monroe in 2003, and three years later opened a store in Canton, Texas. It has a total of four retail locations.

A ribbon cutting is scheduled for Friday, Aug. 3, at 10 a.m., with Grand Opening festivities from 5-8 p.m. Michael's wife and co-founder of the company, Debbie, and two of the couple's children, Elizabeth and Jake, will be in Lafayette for the day's events. All three of the couple's children are involved in running the business. "Mary is staying back in Lake Village holding down the fort," Elizabeth says of her sister, "and my father is antiquing (his true passion) in Texas."