Mickey Shunick fought for her life, and the evidence of that struggle was critical in Brandon Scott Lavergne's arrest and prosecution. As The Independent reported last week, the state confirmed Friday that it reached a plea agreement Aug. 7 with Brandon Scott Lavergne to spare the registered sex offender's life in exchange for information on the murders of Mickey Shunick and Lisa Pate.

In state district court today, Lavergne changed his not-guilty pleas to guilty and will spend the rest of his life doing hard labor at Angola, where he was immediately taken after today's court appearance.

The state's evidence laid out the details of Shunick's May 19 struggle with her attacker, leaving him with several stab wounds and nearly severing his finger. His suspicious injuries and the arson he committed to destroy evidence led to the first real break in the case, a tip Lafayette Police received June 14.

Assistant District Attorney Keith Stutes confirms that the state would not budge on a plea agreement unless Lavergne told them how he killed Shunick and Pate. Lavergne also had to tell authorities where to find Shunick's body. He pointed out the Evangeline Parish location on a map last week but did not physically lead investigators to the site, Stutes says. Lavergne was out and about that day, however, re-creating the entire incident for investigators.

The evidence presented in court today revealed that Lavergne trailed Shunick on the morning of May 19, even switching lanes to follow her. Lavergne had been driving around that night in his white Chevrolet Z71, making several calls to escort services from his cell phone. About mid-way between Dean Street and Coliseum Road, he struck her bike and she was thrown from it. He approached her and some sort of encounter ensued, after which Lavergne insisted she get into his truck. The court documents state that she was enticed, persuaded or forced into his truck, Lavergne had a knife and a gun in his possession, and her damaged bike was placed in the bed of the truck.

When Lavergne was driving away from the scene, Shunick grabbed her cell phone and attempted to make a call, at which time 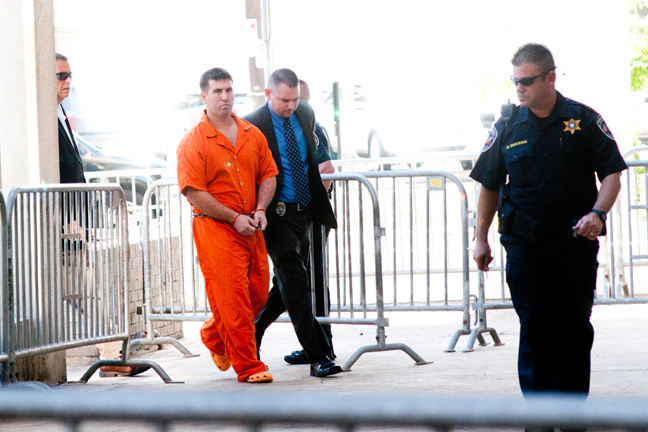 Lavergne threatened her with his knife. Shunick maced him and managed to get the knife from him, delivering several life-threatening stabs. When he tried to grab the knife, she cut the tendons in his hands, prosecutors said, but Lavergne was able to wrestle the knife from her. He stabbed her at least four times, and she fell over. He could not feel a pulse.

Believing she was dead, he drove for 30 to 40 minutes to a sugar cane field in north Acadia Parish to dump her body. "Suddenly, Mickey jumped up," the statement reads. She got the knife again and lunged at Lavergne, stabbing him in the chest. Lavergne pulled out his semi-automatic gun and shot her in the head, killing her instantly.

The evidence shows that he drove to his home with her lifeless body in the passenger seat. He attempted to clean his wounds before driving her to Evangeline Parish to bury her, but because of the severity of his cuts, he was unable to dig a grave and left her body there in a nearby tree line. He covered it with branches and debris.

On the way to see a friend out of town to help establish an alibi, Lavergne dumped the bike off of the Whiskey Bay exit and was later treated for his injuries at a New Orleans hospital. When he returned May 20, he went to the Evangeline Parish site and buried her body. He then went home to burn her book bag and other evidence, according to the court document. 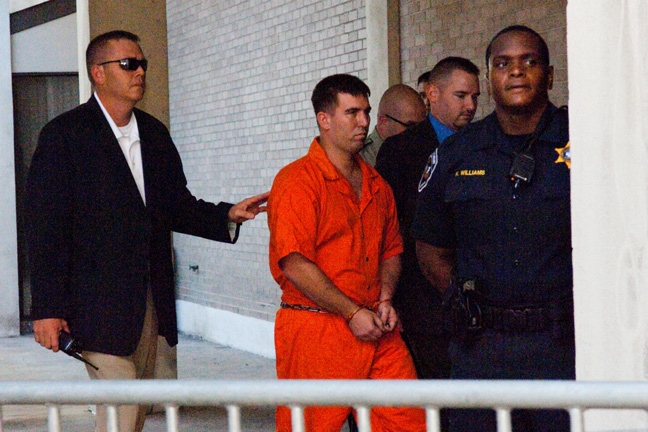 The evidence laid out in the Pate Case reveals that Lavergne and Pate spent several days together in mid-1999. When she asked to return home to see her children, he refused. Lavergne attacked and killed her, choking and smothering her with a plastic bag, after she tried to steal his keys and wallet in order to leave.

Though Lavergne was initially uncooperative with officials, Stutes says the "bombshell of a double indictment" likely weighed heavily on his decision to cooperate. "He hit the wall at some point," the prosecutor says. Stutes would not say what additional evidence the state had in the Pate case that helped secure an indictment this time around. In 2008 an Acadia Parish grand jury found that there was not sufficient evidence to indict Lavergne for second-degree murder.

Stutes says he is unaware of any other cases involving Lavergne but did confirm that evidence taken during a search of Lavergne's home may lead to additional investigations.

Friday's hearing brings a devastating close to the disappearance of Mickey Shunick, a story that captured hearts and headlines both locally and nationwide. Lavergne's plea agreement was reached Aug. 7, just 20 days after Stutes secured the indictment.

Defense attorney Burleigh Doga described his client as "very, very remorseful," noting that he was crying in court today during Stutes' telling of the Shunick murder (Lavergne's back was to the courtroom). Doga says his client made it clear that he wanted to avoid putting the victims' families and his own family through a lengthy capital murder trial.