The limited reuse value of the old Lourdes building prompted the decision to dismantle it. In the first quarter of 2013, the old Lourdes hospital on St. Landry Street will start coming down. The 63-year-old structure will be dismantled over an approximately three-month period, Lourdes CEO Bud Barrow tells ABiz. "I use the word dismantled' purposefully," Barrow says, explaining that because of the homes in the nearby neighborhoods and valuable adjacent buildings the 263-bed, seven-story hospital will not be imploded.

"We spent a lot of time looking at this issue. Lourdes came to the conclusion a long, long time ago that it had limited readaptive use, cost-effective readaptive use," Barrow says.

Since Lourdes relocated to its new complex on Ambassador Caffery Parkway in June 2011, UL Lafayette has been one of the most interested buyers; all of the university's analysis of the old hospital site also concluded that the structure would need to be razed. UL's interest in the property, located at the intersection of St. Mary, St. Landry and St. Julien streets, had been so high that it included the site in the design of its master plan for the university's campus. The major advantage of the old complex from a planning perspective is that it bridges the academic campus with University Commons, an area encompassing the Cajundome and Research Park on West Congress Street, where UL hopes to develop another hotel, a performing arts center and residential and commercial projects, among other amenities.

The $6 million UL got for the 100-acre horse farm could be a down-payment on the 25-acre site. In total there are currently 12 buildings comprising 655,000 square feet (434,142 for the hospital itself), three parking garages and 9.21 acres of adjacent land suitable for development.

The dismantling of the old Lourdes hospital on St. Landry Street will commence in the first quarter of 2013 at a cost of approximately $2 million. The process should take about three months.

Barrow believes a vacant piece of property at this location will fetch a higher price - the current asking price for the entire complex is $34 million - but that's not his biggest motivator: He wants to reduce operating costs. By tearing the building down, a process that will cost about $2 million, Lourdes will save about $70,000 a month in operating expenses. "It allows us to become much more patient sellers because we don't have the expense of maintaining that building. It allow us to look for the best community use for the site. .. to have a much more long-term focus."

It just makes for a more pleasant site, Barrow notes, allowing a potential buyer to be more creative. "We maintain those parts of the campus with the most value. ... and we will have a green field of 10-plus acres we think will make the campus more attractive. The $2 million includes the grating and all those things that will make it look as attractive as a dismantled site can be."

Most of the value for any potential buyer is in the medical office buildings - which are revenue producing - parking structures and the fitness center, Barrow continues. UL President Joe Savoie echoed that opinion in December, saying the university is interested in the portions of the property and improvements that have adaptive reuse value. "By that I mean the parking garages, medical office buildings and that sort of thing." 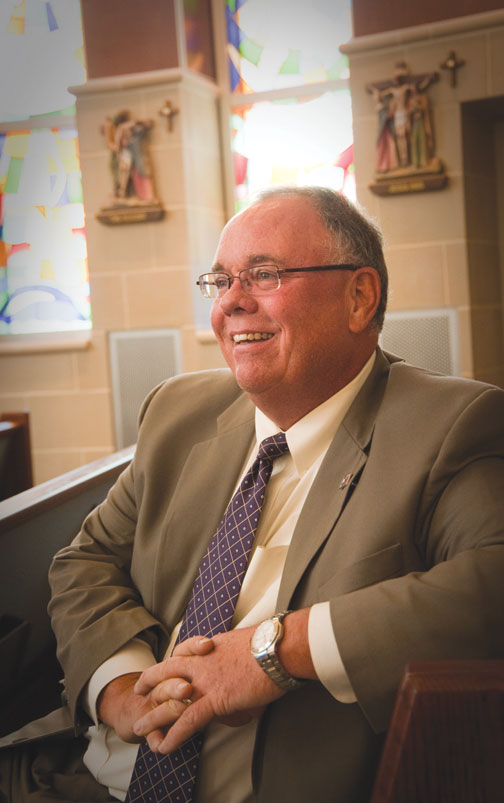 Calling the purchase of the old Lourdes site "a tall building for Dr. Savoie to leap," Lourdes CEO Bud Barrow believes the university president has the drive and creativity to make the deal happen.

"We've all seen the ULL strategic growth plan. We think Dr. Savoie and his team have put together a terrific go-forward plan for the university," Barrow says. "We are all hopeful ULL will be able to work with the state. Given the state's budget crisis and approach to education generally, I think it's a tall building for Dr. Savoie to leap, but if anybody can do it, he can. We think ULL would make a terrific steward for that property and would be someone we would love to work with."