The first course was a light butter lettuce salad with local goat cheese, cucumbers and peppers and topped with a sweet onion vinaigrette from Waters' childhood. "An old neighbor of mine used to make (it) when I was growing up and it goes good on almost everything," he says. Next was the shrimp, tasso and white bean soup with crushed herbs. Despite concern that the tasso would outshine the shrimp, it tasted to the contrary - the shrimp was the strongest flavor, but not overpowering. The tasso is made in house at Cochon; the shrimp is sourced from the Gulf. "It's a nice dish that reminds me of home," says Waters. "It's one of those very fulfilling dishes to make and eat."

The heavyweight of the meal was a smoked and braised brisket hash topped with a poached farm egg and surrounded by a mustard and molasses jus. The hash was perfectly seasoned and the jus provided a sweet and sharp addition. 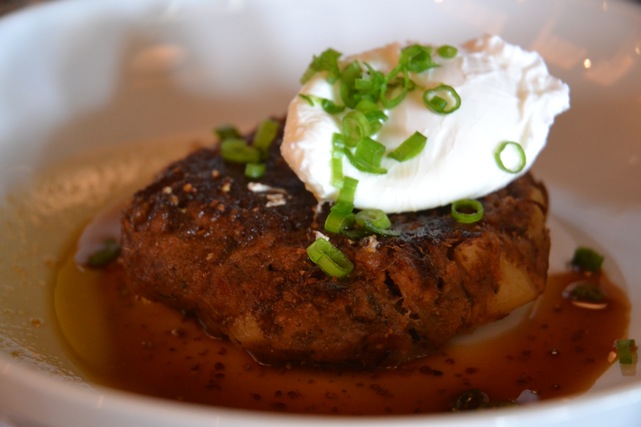 For dessert, if guests weren't stuffed already, Waters served a lime pie with blueberry compote on a graham cracker cookie. "It's a great summertime dish, especially with how hot it is outside." The slight spice in the cookie and the mellower compote offset the sweet-but-tart filling. 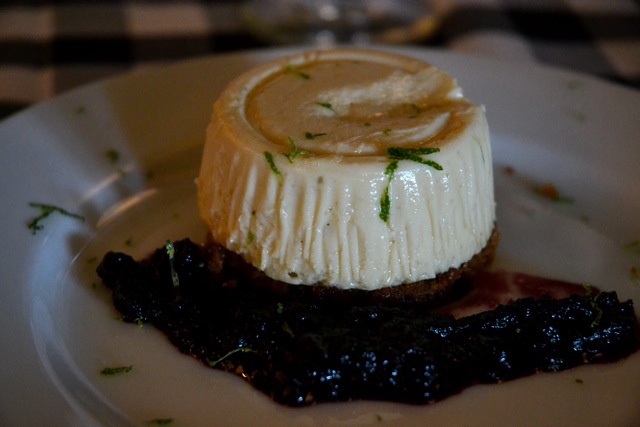 "I like to do different menus for our events. Our cooks get to learn a little more and I get to try new things," Waters says of the event. "It was nice just to see the restaurant full and have music playing. It had a great vibe to it and it was a lot of fun for us to do."

That evening, the Lache Pas mini-festival drew hundreds of people and multiple restaurants served meals to benefit CODOFIL, including Cochon with its house-made sausage and chicken fricassee from the general manager's co-owned Cowbird Farms.

"Hopefully we can do it again next year," says Waters. "It was a lot of fun to do."