The turnaround in our local real estate market is nothing short of dramatic. We‘re seeing year-over-year sales increases similar to the effect relocations following Hurricane Katrina had on our market in 2006. The difference is that current growth is organic, and I‘m not sure anyone thought our market would recover this quickly. 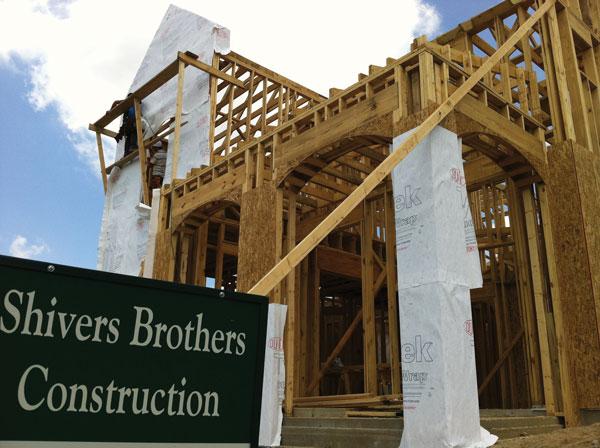 The turnaround in our local real estate market is nothing short of dramatic. We‘re seeing year-over-year sales increases similar to the effect relocations following Hurricane Katrina had on our market in 2006. The difference is that current growth is organic, and I‘m not sure anyone thought our market would recover this quickly.

The first half of 2012 saw total home sales in Lafayette Parish up 17 percent over the same period last year. Newly constructed homes, mostly in South Lafayette, Broussard and Youngsville, easily outperformed that growth. New construction is up a staggering 31 percent in terms of volume, and housing starts in the parish are on pace for 1,200 this year, when 900 has been the norm for the last four years. This represents truly impressive growth driven by confidence in our local economy, hiring in the oilfield and buyers with a high degree of motivation who are entering the market in big numbers.

In terms of growth, confidence and motivation, July was an incredible month. In a comparison of July 2012 to July 2011, total sales for this past month were up by 55 percent compared to 2011. The volume of all homes sold in July 2012 was $57.7 million, compared to just $37.1 million in 2011. July 2012 was the fourth-highest selling one-month period since August of 2006 - even bigger than any month during the Homebuyer Tax Credit that artificially stimulated the market.

I think what is more impressive is the fact that this growth is completely organic; there are no stimulus programs, bond issues or fancy programs to get buyers out buying. In fact, it is still somewhat difficult to get a loan. Interest rates are at record lows but, unlike five or six years ago, you better have some money to put down, a good credit score, solid job - and be able to prove it all. Even with the relative difficulties in obtaining financing, buyers‘ current motivations are winning out, despite the fact that this is an election year, which usually breeds caution and uncertainty.

Since the midway point of 2012 is upon us, we have taken the time to break down all Lafayette Parish sales so far this year. In our 2012 Lafayette Parish Mid-Year Report  (http://www.coldwellbankerpelican.com/blog/), you will find a listing of the top existing and new construction subdivisions, plus more than 200 subdivisions in the entire parish along with breakdowns by area and price range for existing and new homes.

Speaking of subdivisions, the dramatic increase in our market really shows up here with the top subdivisions both for existing and new homes grabbing a lion‘s share of the activity. On disparate ends of the price spectrum, River Ranch had a total of 18 sales averaging $564,000 apiece and Plaza Village a total of 13 sales at an average of $102,900. This is only six months of activity - 31 sales totaling more than $11 million in just these two existing subdivisions alone. For more on specific subdivision activity, watch this video.

River Ranch continues to amaze, and I think these numbers will surprise many as the general misconception seems to be that the subdivision is struggling. This is not true by any means. In addition to the 18 existing home sales in the first half of this year, there were three more new homes sold. As times got a little tough the last few years, developers and individual homeowners alike were able to hold their prices and wait, instead of letting their homes go at a discount. This had the effect of shoring up prices and maintaining values.

As the neighborhood ages, it only gets better with maturing landscaping, trees and new and exciting retail and dining venues. As our market has flattened, River Ranch has been chugging along just fine. Now that our market looks to recover, expect the development to benefit more than most.

New construction may be the real story midway through 2012. While benefiting from comparisons to 2011, which was just dreadful for most builders, 617 housing starts in the first six months of the year is glaring. The last time there was this much activity in a market then still amped up by what seemed at the time an unquenchable appetite for new construction in the wake of Hurricane Katrina was 2007.

There were nine new construction subdivisions in Lafayette Parish with double-digit home sales in 2011. Four of those had 20 or more sales: Miramar, Sawgrass Park, Cypress Crossing and Country Lakes. Miramar and Sawgrass Park average a sales price of about $200,000 and about $130 per square foot, while Cypress Crossing appears to have a little more bang for the buck still near the $200,000 average but only $108 per square foot. Country Lakes in west Lafayette Parish, the only one of these subdivisions not in the southern part of the parish, is the most affordable with an average near $160,000 and $104 per square foot.

All areas of the parish are seeing activity, but south Lafayette in Youngsville and Broussard are where most of the activity is taking place. Not only have new subdivisions recently opened, there is also plenty of land about to be cleared for subdivisions you haven‘t heard of yet.

As existing and new home builders compete in this recent flurry of sales, many are looking to differentiate themselves by packing their designs with upscale features and amenities. Don‘t be surprised to see granite countertops, triple-crown moldings, peaked ceiling and outdoor kitchens and fireplaces in a $250,000 home. Packing homes with these upscale amenities does nothing for a builder‘s profit, but it does help to get homes sold fast. The real winner in this "feature war" is the new homebuyer who will get a great home with tons of amenities at a bargain.

Looking ahead, it‘s already back-to-school time and nearing the end of prime buying season for real estate. As many will be focusing on getting kids settled in school, we are sure to see activity ease up just a bit as we head into the fall.

Not to fear, even if the last half of the year is not quite as good as the first, we will easily see our first year-over-year growth in five years. That‘s nice to be able to say for a change.

Steven Hebert has been in real estate and construction all of his life, having begun cleanup work on his father‘s construction sites at age 6. He is now the COO of Coldwell Banker Pelican Real Estate, a nationally franchised, full service real estate firm.