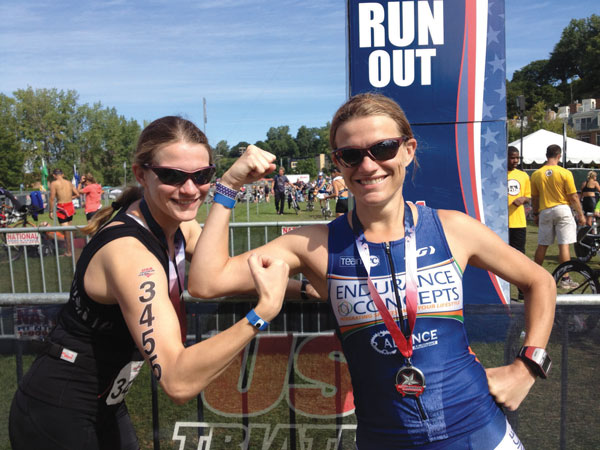 UL alumni sisters qualify to compete for Team USA at the Sprint World Championship in London next year.

Laura and Analise were born in Carville and moved to Saranac Lake, N.Y., in elementary school. The twins returned to study at UL Lafayette, both with scholarships. They were three-sport athletes during their attendance at UL from 2000-2005, competing in the cross-country, indoor and outdoor track teams. Their indoor distance medley team still holds the school's record. Both women also hold a pair of 12-year-standing records from Saranac Lake High School: Laura in the 800 meter, Analise in the 1600 meter and together in the 4x800 relay.

Laura double majored in physics and mathematics at UL, graduating with honors. She then moved on to the Georgia Institute of Technology and earned her master's degree in earth and atmospheric science and is now a Ph.D. candidate in isotope geochemistry at Georgia State University. Laura qualified for her first Triathlon World Championships in just her third competition, and 2013 will be her third consecutive year competing at the international level. She currently races for Team Endurance Concepts in Atlanta and made the podium several times already this year.

You can follow Laura's blog of her pursuit of excellence in the world of multi-sport here. This is a unique opportunity for UL alumni to represent our country. As students and non-sponsored athletes, they can use your support. If you wish, you can donate toward travel, coaching and equipment expenses using the PayPal button on Laura's website.