Hospice of Acadiana is making sure Acadiana's stories are recorded for future generations.

Hospice of Acadiana is making sure Acadiana's stories are recorded for future generations. By Erin Z. Bass Photos by Robin May

Through Dec. 21, people all over Acadiana will be telling their personal stories for the chance to have them preserved forever in the American Folklife Center at the Library of Congress. Serving as recorder and facilitator of these stories is Hospice of Acadiana. Chosen as one of 26 partners in the national StoryCorps program, Hospice is the only organization in the state participating in what is one of the largest oral history projects of its kind. 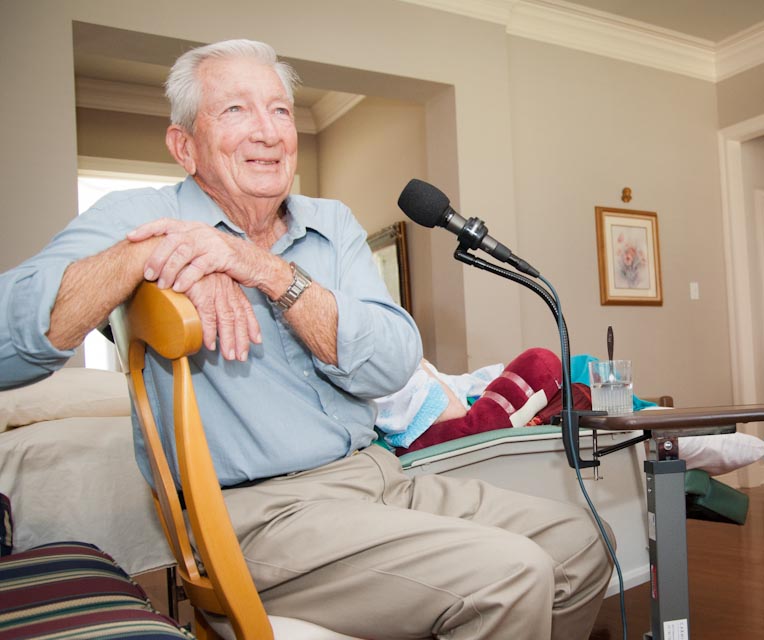 "Lafayette has a pocket of wonderful culture, and that's why we were chosen," says Hospice Director of Community Development Rae Gremillion. A mixture of 24 Hospice volunteers and staff members have been trained in the Legacy version of the program, which focuses on recording stories of patients nearing the end of their life.

In some cases, patients may not be able to tell their own stories so family members are welcome to step in and speak for them. Since 2003, more than 40,000 interviews have been conducted through StoryCorps, and each conversation is recorded on a free CD for the interviewee to share. Currently, Hospice is recording about 10 stories a month.

On a recent Monday, Hospice volunteers documented the story of Lafayette native Robert Byrd, speaking for his wife, Beverly, who is paralyzed. An interviewer and facilitator set up in Byrd's living room, while he sat next to his wife in her hospital-style bed.

"I'll tell y'all about the time we went to the casino and I was taking Beverly over there for our anniversary," he recalls. "I was going to take her out and treat her to a nice steak supper. So, when we arrive there, I went to the maitre d', and he said, Do y'all have a reservation?'

And I said, Like I told you, it's just me and my wife. It's our anniversary.'

He says, Well come on in.' So they brought us in and they sat us down at the best table in the house." 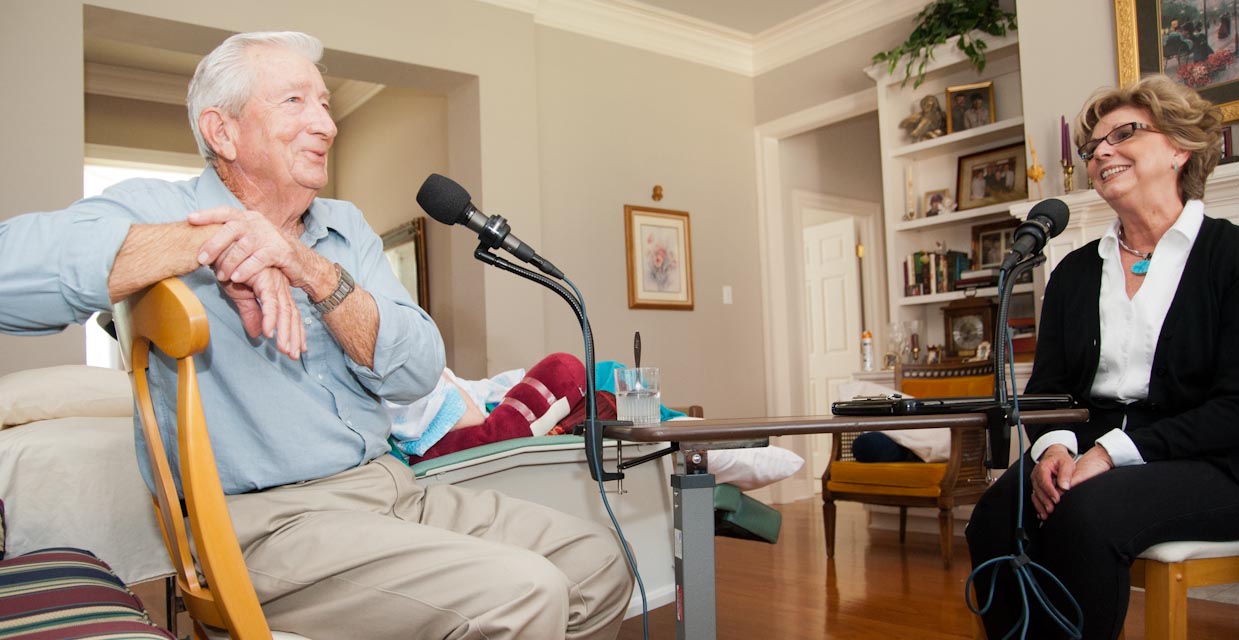 Byrd, who met his wife one night at Don's Seafood while having a bowl of gumbo and a beer, has several stories where throwing out the name of the late West Virginia senator worked in his favor. He also has fond memories of traveling and dancing with his wife while working for Western Electric.

"Beverly was a fairly quiet girl until she met me and we got into square dancing and clogging and going to different casinos and resorts," he says. "Because they would transfer me all over the place, we went to Oswego, N.Y., we went to Texas. We had a good time because it was just her and I for the first year."

The Byrds had a son that next year and would eventually have another one. They also bought their first house on Sunny Lane in Lafayette, but, unfortunately, not all of their times were happy. The couple lost both of their sons over the years - the first one to suicide - and Byrd believes that trauma could be responsible for Beverly's condition today.

"Beverly came down [with dementia] a couple years ago," he says. "She started putting things in the wrong places. At first, we'd laugh about it. We'd say, Ah, you're hiding stuff.' So, anyway, it kept getting a little worse and a little worse and then finally she kinda went into a coma."

After renting a room at Cornerstone Village South, Byrd decided to take his wife home. A caretaker comes to their house each morning, so he can play golf and run errands, and Hospice was able to provide the furniture she would need. "Now, it's Beverly and I looking after each other," he says.
People like Byrd who participate in the StoryCorps program must give their permission. He says he wanted to tell his and his wife's story to help other elderly people in their situation.

"I want people to know what we're going through that haven't been through this and know what to expect," he says. "The doctors have already told me it's not going to get any better. It's a long process, and it affects different people different ways. In Beverly's case, it made her completely paralyzed." 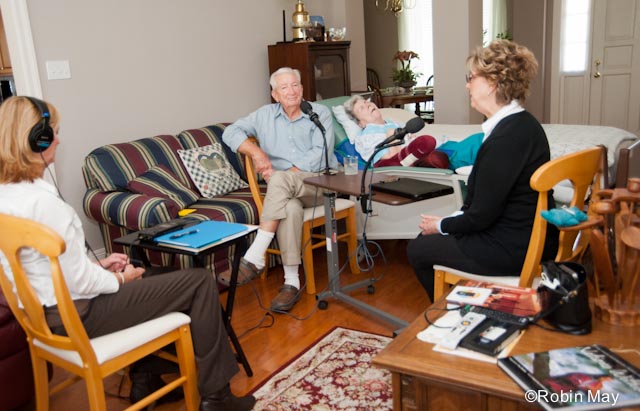 Beverly is still able to speak, although most of the time it's not legible. Listening to her husband's stories, she chimed in with a word every now and then. His final story was about asking Beverly's father if he could marry her. While Byrd wants most aspects of their lives to be recorded for future generations to hear, there are a few memories he's not willing to share.

"My father-in-law was a barber and he was kind of hard of hearing, so when I was asking for Beverly's hand in marriage, I said, Jack, me and Beverly been going out for about a year now and we've been talking about marriage.' Man, he sat there like a stiff board like he never heard a word, and her mother and Beverly said, Ask him again, ask him again.'

"I said, No, he heard me,' but I said it a little louder. So, he said, Come on, come with me.' He took me out to a little shed they had in the back, and he gave me a talking to, but I have never told anybody what he said. Not even Beverly. It's our secret."

Robert Byrd and other Acadiana residents' stories will be available at storycorps.org in 2013. You can also hear weekly broadcasts of StoryCorps stories on NPR's Morning Edition.