When Michelle Obama took to the inaugural stage four years ago she sent a little known designer into the stratosphere. Her Jason Wu chiffon one-shoulder was a surprising choice. But, one that reflected the hope and change touted on the campaign trail. This go round we envision a more regal choice. Couture designer Harold Clarke who recently set up shop in the Oil Center agrees. In the words of Clarke, she is her own sort of royalty. 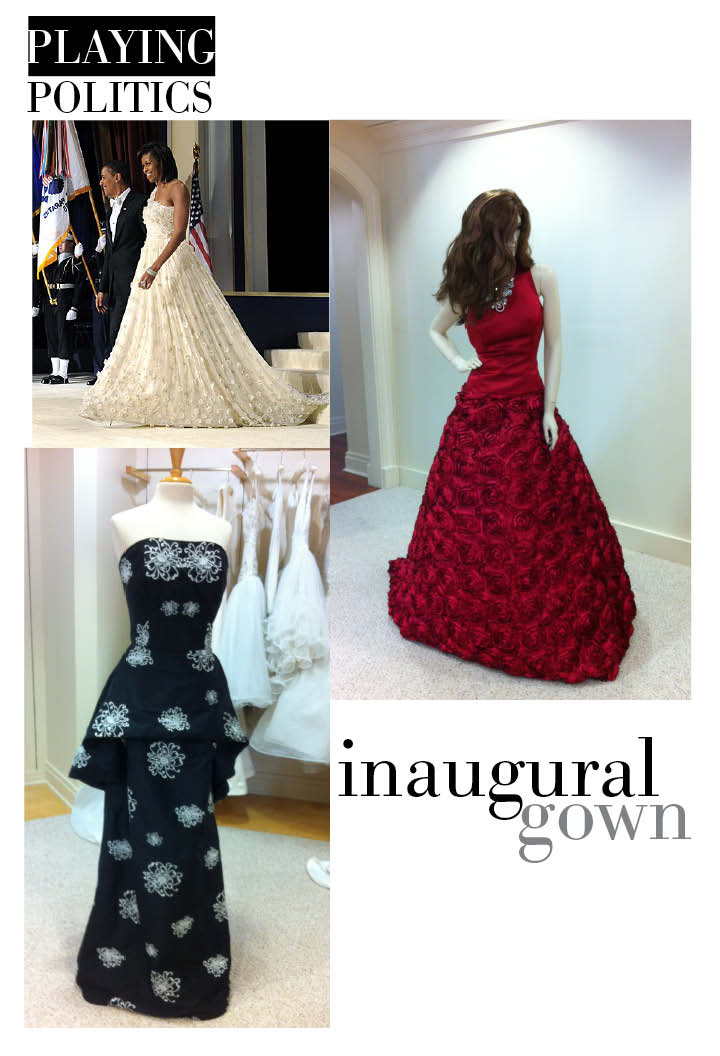 At Clarke's store on Heymann Boulevard we perused his racks of lux ball gowns in search of just the sort of dress the first lady may wear just months from now. He recommended two a black and white peplum-decked creation and a brand new deep red ball gown with a high neckline.

"She's the first lady. She doesn't need to wear something that's cut low," Clarke says pointing to the neckline on his rose-skirted dress. "This would look fabulous on her."

Are you listening, Michelle? If so, we highly recommend choosing a Louisiana designer. It's just the thing no one would expect.