Now that didn't take long. The R+L Carriers New Orleans Bowl has an opponent locked in for UL's football team - sort of.

According to a release from the Conference USA offices posted late Monday, either East Carolina or Rice will take on the Ragin' Cajuns in the Dec. 22 11 a.m. bowl game at the Mercedes-Benz Superdome.

Which one will be determined Saturday when Tulsa hosts Central Florida in the C-USA championship game at 11 a.m.

The winner of that game claims the C-USA champions' slot in the AutoZone Liberty Bowl Dec. 31 in Memphis, and that league's other four bowl-eligible teams will all slot into the most geographically-sensible bowl position.

If Tulsa wins Saturday, East Carolina will be headed to the New Orleans Bowl for its sixth postseason appearance in the last seven seasons after missing out on the bowl picture last year. Should Central Florida win the C-USA title Saturday, Rice will become the league's representative in the Big Easy for the second time.

A Tulsa win Saturday would put UCF into a nearby game, the Dec. 21 Beef O' Brady's St. Petersburg (Fla.) Bowl, and also keep Rice in a regional game at the Bell Helicopter Armed Forces Bowl Dec. 29 in Fort Worth, Texas. 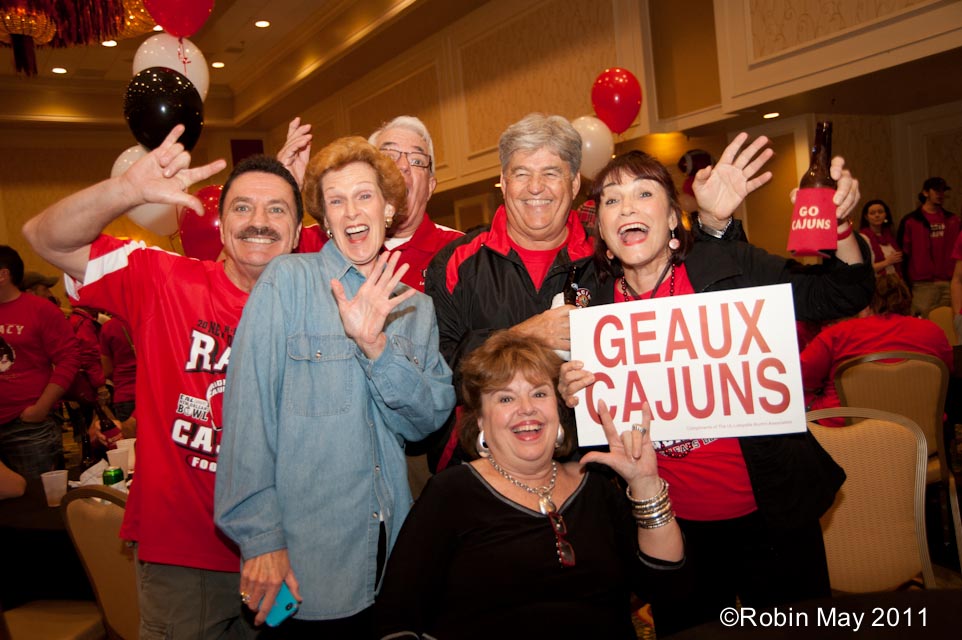 Should UCF win, Tulsa would then head to the Armed Forces Bowl in Fort Worth and East Carolina would travel to the Beef O' Brady's Bowl.

Regardless of who wins on Saturday, C-USA's fifth bowl-eligible team is headed for Honolulu. SMU is locked into the Dec. 24 Sheraton Hawai'i Bowl - no surprise, since SMU coach June Jones was the football boss at Hawaii for several years.

Both Rice and SMU became bowl-eligible at 6-6 on the final day of C-USA's regular season last Saturday when both took surprising wins. SMU upset Tulsa, which had already locked down a league title game berth, and Rice knocked off Texas-El Paso on the road. Those two wins gave C-USA enough bowl-eligible teams to fulfill its contract obligations, one of which was to the New Orleans Bowl.