For December, the Cane Fire Film Series will screen the acclaimed animated film Tales of the NIght  at the LITE Center's Blanco Theatre on Saturday, Dec. 8, at 7:30 p.m.

It's no secret that Louisiana is steadily becoming something of a haven for the film industry, Lafayette in particular. In the past few years, the city's budding cinematic milieu has see a Moving Image Arts major added to UL Lafayette's degree program, its own independent film festivals like the recent Southern Screen Film Festival and the upcoming Cinema on the Bayou Film Festival and of course the many independent and short films being shot in and around the area.

There's also been a growing local demand to see more aesthetic cinema rather than just the traditional Hollywood titles usually booked by the big theatres in town.

That's where the Cane Fire Film Series comes in with its one-night-only screenings of critically-acclaimed documentaries and movie masterpieces. The screenings come once a month, usually the very first Saturday, and are screened at a venue that's just as underrated as the films themselves, LITE Center's Blanco Theater.

"Independent, foreign, animated and documentary film is basically gone from the Lafayette area," explains Michael Scott Myers, series programmer for the Cane Fire Film Series. "These are films that normally play in New York and Los Angeles in the major markets but would never make it here. Our mission is to bring those films back into town at least for one night." 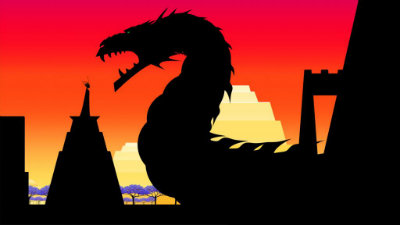 For December, the Cane Fire Film Series has chosen the animated film Tales of the Night from French writer/director Michel Ocelot, whose other animated works include Kirikou and the Sorceress and Azur & Asmar. 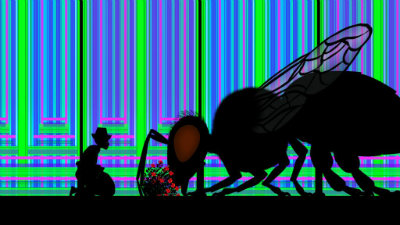 Each of the stories blends together history and myth to deliver striking fairy tales complete with sorcerers, dragons, captive princesses, werewolves and giant talking bees taking place in exotic lands including Tibet, medieval Europe and even the Land of the Dead.

According to Myers, the film's appeal stretches to a wide range of audience members including anyone who likes animation along with those who fancy colorful folk and fairy tales. "Kids as young as five could probably enjoy it, all the way up to adults," he adds.

Tales of the Night is Rated G and will be shown in English on Saturday, Dec. 8, starting at 7:30 p.m. at the Blanco Theatre in the LITE Center. Advanced tickets for are $8 via PayPal by emailing [email protected] Tickets may also be purchased for $10 in advance at the LITE Center or at Cité des Arts. Special children's tickets are available for $7 at the Children's Museum of Acadiana. Tickets will also be available at the door for $10.