The Ragin' Cajuns' first on-site practice for the R+L Carriers New Orleans Bowl was a spirited affair, even though they weren't inside the Superdome. They'll get that opportunity Thursday.

It was business as usual for UL's football team Wednesday afternoon ... but, as Elton John once said, "but, then again, no."

The Ragin' Cajuns held their first practice session since arriving in New Orleans for Saturday's R+L Carriers New Orleans Bowl, which got the UL squad back to some semblance of regular routine after Tuesday's first day of bowl travel and activities.

But even back on the practice field, through a 90-minute session at historic Tad Gormley Stadium, there was a different atmosphere. It wasn't the run-of-the-mill workout, but there also wasn't the quick realization of the bowl experience that the Cajuns had last year in their first-ever on-site bowl workout.

Most of that had to do with the venue. When they began preparations for last year's New Orleans Bowl, UL had every one of its workouts in the Mercedes-Benz Superdome. This year's opening workout moved outside on a perfect weather day.

"I really think this helped ease us into bowl week," said senior offensive tackle Leonardo Bates. "Last year, it was like we went in wide-eyed right off the bat, going into the 'Dome."

Going to Tad Gormley - the site of countless Crescent City-area high school games for decades, and host site for the 1992 U.S. Olympic Track and Field Trials - was a better option for Cajun coach Mark Hudspeth. 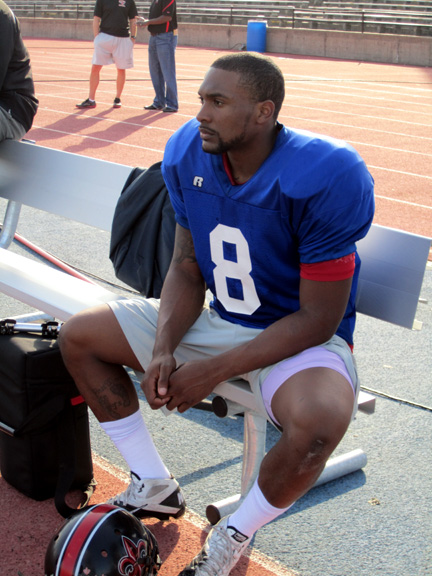 That would have been especially early since the players had a free night on Tuesday following their team party at Rock 'N' Bowl. The players had a late (2 a.m.) curfew just like last year and most took the opportunity to walk Bourbon Street and some of the other French Quarter areas. They'll have that same opportunity Wednesday night with a 1 a.m. curfew, before the time starts getting more restricted as Saturday's 11 a.m.. contest with East Carolina approaches.

Hudspeth himself was in the lobby late and say many of his players arriving back. "They did a great job last night of keeping what we call our core values," he said. "We did let them sleep in today, and they responded in practice today. The kids were all jacked up, a lot of juice ... they came out with a lot of energy."

The Cajuns will get into the Superdome for a 10:30 a.m. practice Thursday prior to bowl media day activities just after noon. East Carolina, which has practiced the last two days at the New Orleans Saints training facility on Airline Drive, will hold its Thursday Superdome practice at 1 p.m. 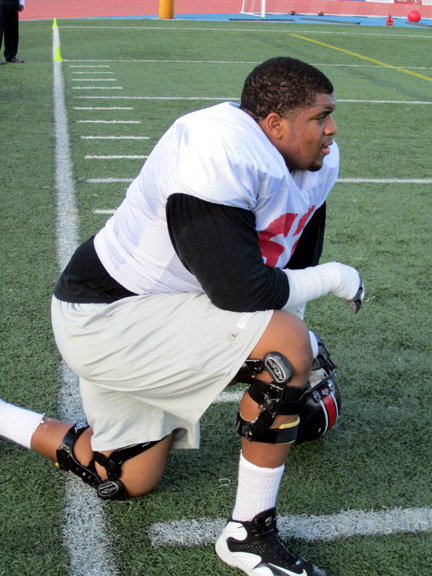 "It's important to get in there just to catch a few punts and kicks and passes," Hudspeth said. "The depth perception in there is different. Plus, we've got a lot of guys who were with us last year but who didn't participate a whole lot and contribute."

For Bates, who prepped at nearby L. W. Higgins, going to Tad Gormley was almost a homecoming.

"I played here several times," he said. "I was actually a little excited about it when I heard we were having practice over here."