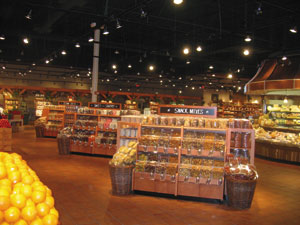 The longtime City Club manager has struck out on his own and is launching a local version of Lake Charles' popular Mazen's, a dinner-only Mediterranean restaurant. Harb purchased the former Woods & Waters spot on Johnston Street across from the Mall of Acadiana and plans to open in mid-July. Mazen's founder, Mazen Hijazi, is his business partner for the Lafayette location.

A native of Lebanon, Harb moved to Lafayette in 1979; he and Hijazi got their start in the business in the early 1980s at the City Club of Lafayette. In 1985, Hijazi headed west to manage the City Club of Lake Charles, and Harb stayed with the local club, which moved to River Ranch in late 2002. He left the club last October to open Zea restaurants in Florida ' the plan was to launch four restaurants from Jacksonville to Orlando ' with businessman Kevin Moody, whose family co-owns the City Club at River Ranch.

Post Katrina/Rita construction costs discouraged them from pursuing the deal, Harb says, prompting him to hook up with Hijazi.

Harb and Hijazi also plan to open Mazen's restaurants in Baton Rouge and Beaumont in the next two years. While Harb and the Moodys remain close, the family has not invested in the local restaurant but has offered financial assistance should he need it, Harb says. The Moodys have been in the restaurant business for decades.

"We have 40 different dishes from just about every region," Hijazi says. The restaurant uses Mediterranean herbs to create 14 homemade sauces served over a variety of seasonal fresh Gulf fish. It also offers filet mignon in a wine reduction sauce, as well as veal, lamb and wild game dishes. All salad dressings and desserts are made from scratch.

Harb and his partner paid $1.2 million for the 2.4-acre site, which was vacant after Woods & Waters restaurant filed bankruptcy. Mazen's will also offer catering services.

Elsa Lemoine, City Club at River Ranch's general manager for the past three years, is relocating to Portland, Ore., where her husband has accepted a new job. She's been replaced by Morty Valldejuli, who previously worked as area general manager for New Orleans Fine Hotels, a group of 12 upscale hotels in the New Orleans area, including the Astor Crown Plaza, The Lafayette Hotel and Hotel Le Cirque.

Valldejuli has 17 years of experience in the hotel biz, which will come in handy in his new post, as River Ranch will have 21 luxury boutique-style hotel rooms available early next year in its Town Center condo development, The Carriage House. Additionally, River Ranch is planning a 110-room boutique hotel, The Inn at River Ranch, off Camellia Boulevard behind Carrabba's Italian Grill.

The new GM also will oversee the club's restaurant renovation, a major overhaul of the facility that will introduce al fresco dining to the membership.

Fresh Market will get its Lafayette store open first, but Whole Foods Market may not be far behind, forcing a face-off between the two organic grocer giants.

In March The Independent Weekly broke the story of Fresh Market's plans to open a 22,000-square-foot store in River Ranch's new lifestyle center, The Market at River Ranch, and now it appears Whole Foods may end up very close to the neighborhood.

Whole Foods has narrowed its decision to two sites, according to Latter & Blum Realtor Bobbie Smith. "They will pick one site. It should be pretty soon ' I would think within the next 45 to 60 days," says Smith. "Of course it's never a definite, but we feel they will be here." Smith's been working closely with Rick Kirschman, who handles real estate for Whole Foods in the South, and would only divulge that the organic foods market is looking in the Ambassador Caffery/Kaliste Saloom Road corridor.

Fresh Market is planning to open its River Ranch store in May 2007.