When asked who she wants to meet at the star-studded ceremony, Quvenzhane Wallis' answer is "everyone from the Disney Channel and Nickelodeon - but not Nick at Nite."

LOS ANGELES (AP) - Quvenzhane Wallis was experiencing something of an internal struggle when she found out she'd been nominated for an Academy Award early Thursday morning.

"I woke up, and (my mother) said, 'You've been nominated! You're nominated!'" recalls Quvenzhane (Kuh-VAHN-zuh-nay) of learning she's up for the best actress prize at the 85th annual Oscars. "I was like, 'Oh my God!' But it was on the inside. It wasn't on the outside."

At 9 years old, the Beasts of the Southern Wild star is the youngest woman - ahem - girl to ever be nominated in the category.

"We were all literally losing our minds this morning, and she's totally taking it in stride," says Beasts writer-director Benh Zeitlin, who is himself nominated in the directing and adapted screenplay categories. "It's magical. She's just poised and fearless. I saw that the first day I ever met her when she was five. To this day, she just knows who she is, and she's confident."

Quvenzhane, who hails from Houma, La., about 60 miles southeast of New Orleans, was in Los Angeles Thursday to promote Beasts with Zeitlin, who lives in New Orleans. She was just 5 years old when she first auditioned for the film's lead role of Hushpuppy, a little girl struggling to survive with her ailing father in the southern Delta as a storm approaches. 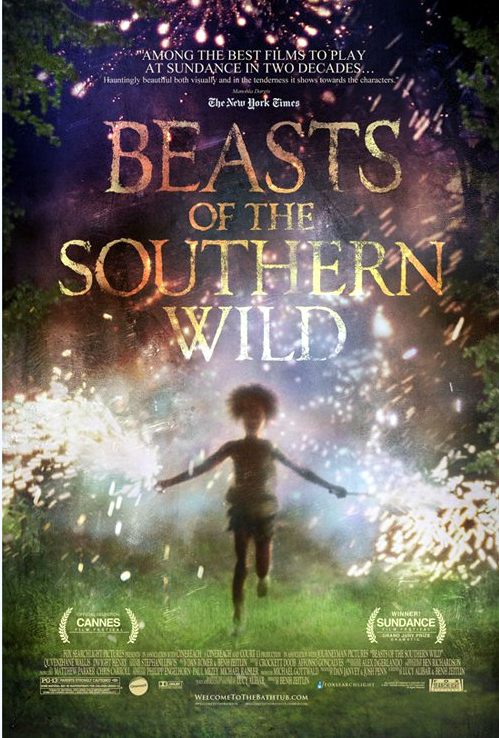 Admittedly, Quvenzhane has never watched an Oscar telecast. ("Whenever they said you might make it to the Oscars, I was like, 'Who's Oscar? I don't know Oscar,'" she says.) When asked who she wants to meet at the star-studded ceremony, her answer is "everyone from the Disney Channel and Nickelodeon - but not Nick at Nite."

When it comes to fashion, Quvenzhane is open to wearing "all colors except for black by itself" on the big day, and she's not interested in wearing a really long gown.

Understandably, Quvenzhane isn't too aware of her competition, which includes the likes of Naomi Watts from The Impossible and Jessica Chastain from Zero Dark Thirty. She does know one of her fellow best actress nominees: Emmanuelle Riva of Amour. But that's only because she met her the day prior when the pair posed for a photo together. Both have something in common. Sorta. They're record breakers. At 85 years old, Riva is the oldest best actress nominee.

Despite her young age, with a Spirit Award nomination and a few other awards now under her belt, Quvenzhane is already adapting to Hollywood's awards season madness. That doesn't mean she's prepared to just stick to acting though. What's her ultimate goal?

"Actress-dentist," she says with a toothy grin.