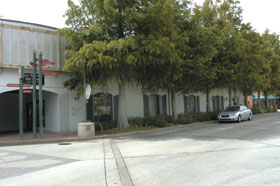 The 20-room boutique hotel planned for 800 Jefferson St., in the building commonly known as La Parisienne, will get under way in March, says Kimberly Schuler, an investor in the project ("Wake-up Call," Aug. 25, 2004).

Schuler, general manager of the La Quinta Inn & Suites on Pinhook Road, will serve as regional manager for both locations.

The new hotel, located across from the Filling Station restaurant, is slated to open in October with average nightly rates of $150. A New Orleans architect is designing the hotel; rooms will be on the second floor, with the lobby downstairs. Though details are not confirmed, the rooms ' each with its own design character ' will have separate executive style workspace areas with high-speed Internet access. Features include crown mouldings, pillow-top mattresses on high beds and marble countertops in the bathrooms. "This will be the nicest room Lafayette has to offer," says Schuler.

The name of the hotel is being unveiled this week.

Beyond Flowers and Shear Perfection are the primary downstairs tenants, and both are staying, Schuler says.

Downtown was chosen for its concentration of law and other professional offices, banks and courthouses, she says. The hotel's primary market is the corporate traveler, though Schuler hopes to draw tourists to the property as well.

Kevin McDowell of Lafayette, owner of the general contracting firm Concept Group, also is an investor and will serve as project manager. His wife, Sue, director of sales for LaQuinta Inn & Suites, will double as DOS of the downtown hotel. The remainder of the investment group is based in Slidell and includes David Luparello and Dr. Francisco Candal, who also share ownership in the Pinhook property.

The group is finalizing the property purchase from Dr. Paul Azar and Charles Chatelain at the end of January.

Though he's housed in the LEDA office on Devalcourt Drive, Brett Mellington has landed a new downtown development job. The health care veteran has been named downtown business development services manager, an approximately $60,000 position created in early 2004. He is the first person to hold the job.

Mellington, 54, who worked for Our Lady of Lourdes for three decades, was one of 16 managers laid off from the hospital late last year ("Turk File" Nov. 17, 2004). He has experience in human resources, strategic planning, public relations and marketing.

LEDA will administer the position and is kicking in the remainder of the $40,000 annual contribution from the Downtown Development Authority, says DDA Executive Director Cathy Webre. "We're just at the point where we feel like we need a person on the ground every day," says Webre, citing building permit data that reveals more than $50 million invested in downtown construction from 1996 to 2004.

John and Toni Daigre have collected funky antiques and Southern art for years and sold their finds through small shops in a number of antique markets. But now they're settling into a permanent home in downtown Lafayette.

On Jan. 20 the couple will launch Cypress City Antiques just off Johnston Street at 205 Stewart St., one block north of Borden's. While the shop's emphasis is integrating primitive furniture and antiques into any home, it will also feature hard-to-find cypress furniture, folk art and other collectibles.

John is a retired pediatrician, and Toni, who has worked as an interior and floral decorator, is a practitioner of the healing art of Reiki.

Las Vegas-based Pinnacle Entertainment, owner of the massive L'Auberge du Lac Hotel & Casino under construction in Lake Charles, is looking for Acadiana workers. There's just no way the Lake Charles area ' with its low unemployment rate ' can fill the 2,000 jobs that will be created, says Keith Henson, senior director of human resources for the $365 million casino development, scheduled to open this spring. "Eighty percent of our employees will be from Louisiana," says Henson. The hiring promise is part of Pinnacle's license agreement with the state.

L'Auberge is seeking outgoing personalities for its eight-week dealer school that starts Feb. 7. Pay ranges from $30,000 to $40,000 annually, says Henson, who started his career with Pinnacle eight years ago as a blackjack dealer. "That's definitely the potential. The customer rewards you for being friendly," he says.