Keller has as long history with Schumacher Group, where he first served as executive VP and principal in 1995.

In a press release, the emergency medicine management company says it was under Keller's leadership that Schumacher grew from $3 million in annual revenues to $270 million in the first 12 years of operation and expanded from Louisiana into 16 states. After retiring from Schumacher in 2007, Keller continued to serve as a board member before being named CEO at Lafayette Surgical Specialty Hospital, where he remained until moving over to Opelousas General.

"Gary was instrumental in the building of Schumacher Group from the ground up as our past president," says Schumacher Chairman and CEO Dr. William "Kip" Schumacher in the release. "We welcome his guidance, wisdom, and leadership as we move into the next dimension of excellence in performance, high touch with patients, and profitability as an enterprise."

A native of Baton Rouge, Keller began his career in hospital administration in 1975 at Letterman Army Medical Center in San Francisco. He earned a BA from LSU in 1968 where he was a Distinguished Military Graduate. In 1975 he completed his MA in management and supervision from Central Michigan University. He has previously held major leadership positions with Quorum Health Resources and Hospital Management Professionals, as well as conducted an active consulting practice. 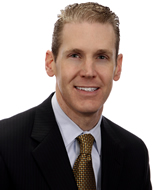 Schumacher Group also announced that Keith Cantrell of Dallas has been promoted to the newly created position of chief revenue officer, an executive level position in which he will oversee revenue operations for its emergency medicine, hospital medicine and urgent care divisions.

The Texas native has more than 15 years of health care revenue cycle management experience on both the provider and payer side. He joined Schumacher as senior vice president of revenue operations last year, having previously worked for EmCare, Pinnacle Anesthesia, Deloitte Consulting, KPMG and Arthur Andersen.