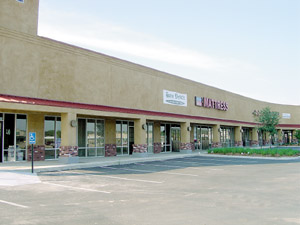 Lafayette-based Home Furniture has scrapped plans to construct a $5 million distribution facility on a 15-acre tract near the intersection of Galbert Road and Ambassador Caffery; instead the furniture retailer has purchased the former AutoZone center at 909 W. Pont des Mouton in Northpark Industrial Park.

Home Furniture applied for a certificate of occupancy from Lafayette Consolidated Government's zoning division May 9. Autozone constructed the facility in 1991 and had about 200 employees at one time. When it closed in March, the company was down to 15 employees, according to the Lafayette Economic Development Authority.

In addition to its Lafayette store on Surrey Street, Home Furniture operates in New Iberia, Baton Rouge and Lake Charles, and Beaumont, Texas. The distribution operations for all of those facilities are being consolidated at the W. Pont des Mouton location. A company official told The Independent Weekly in 2003 that the new center would create about 45 jobs and make retail expansion more affordable, because any new retail outlets will no longer require warehousing space.

Home Furniture officials could not be reached for comment on the decision to move into the AutoZone facility. LEDA head Gregg Gothreaux sees the local operation as a perfect fit. "The fact that they have made such a significant investment in Lafayette not only brings efficiency to their operation but also brings new jobs and local ownership of this [facility]," he says. "A tremendous asset is saved, and it's locally owned, which always bodes well for the community."

It's been almost two years in the making, but Serranos Salsa Co. is finally under construction in front of the Grand Theatre on Johnston Street.

Serranos owner Andy Blouin, who founded the Baton Rouge-based company with partner Sean Malone in 1998, blames delays on a cross-parking agreement that had to be worked out with the theater; rising post-storm construction costs; and a surprise development during a property survey that resulted in a Phase II environmental assessment. The testing had to be conducted on the site because it once operated as a gas station, he says.

Serrano's is sub-leasing the space from the theater; Lafayette's Judice family owns the property. Blouin hopes to open the 6,800-square-foot restaurant, which specializes in Latin-American fare, in September. "A lot of people tag us as Mexican, but we're much more than that," Blouin says. "We're more on the Latin side, with [six] different salsas, Cuban steaks, more with seafood." He says one of the most popular dishes is Kingston Shrimp, skewered shrimp with a homemade jerk sauce. The restaurant also features 40 tequilas and 30 rums.

The Lafayette restaurant will cost $1.6 million to construct.

Serranos has a Baton Rouge store on Highland Boulevard and a Metairie restaurant in Clearview Mall. It is negotiating to open a second Baton Rouge location in Towne Center at Cedar Lodge, a lifestyle center on Corporate Boulevard.

Wayne Shullaw, who has lived in Lafayette since 1980 and formerly worked for the Semolina chain, is the local restaurant's general manager.

C.M. Miciotto & Son of Lafayette is the general contractor.

Jimmy Guidry is opening a second location of Hub City Diner on Kaliste Saloom Road in The Shops at Martial, a new strip center across from Ross Tire. The '50s-style diner, well known for its hearty breakfasts, will also have a drive-thru service, according to Charles Cornay of Stirling Properties, which handles leasing for the center.

The new restaurant will be 4,000 square feet. The original Hub City Diner, in business since 1990, is located at 1412 S. College Road, across from Lafayette General.

The Stoma family, which owns The Shops at Martial center, initially planned to relocate their La-Z-Boy Furniture Galleries store from Ambassador Caffery Parkway to the site, but they were discouraged by high construction costs. Cornay says the Stomas will instead renovate the façade of their existing La-Z-Boy store.

Construction on the 19,650-square-foot center began in late 2005, and leasing has been brisk. Cornay is in negotiations with an upscale appliance store that sells Sub-Zero and Wolf products, which will leave only one space. Construction is also planned for a 5,000 to 6,000-square-foot building that can be subdivided. "We would like to put a single tenant, but that's not set in stone," he says.

After about a year on Guilbeau Road, trendy women's clothing and accessories store La De Dah has just relocated to the center, joining Club Lizzy Tizzy, American Wholesale Mattress and SwimDance. Salon des Amis, which is located on Guilbeau Road, will open a second location in The Shops at Martial in about 30 days.