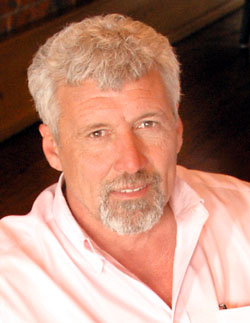 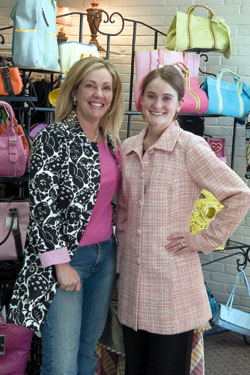 Gordon Doerle hopes to secure a lease in downtown Baton Rouge for a second location of his dance club Bojangles, which has been operating on the ground floor of the renovated 100-year-old Renoudet Hardware building in downtown New Iberia for almost three years.

Part of the appeal is the millions being invested in redevelopment of the capital city's downtown area, Doerle says, including this week's opening of Tsunami Sushi atop the new Shaw Center for the Arts.

The businessman had been scouting Lafayette locations for the past several months but says the zoning law that won't allow any new bars in the Central Business District made it impossible for him to make a move here now. "You have to wait until a bar closes," he says ' or assume an existing spot.

Doerle did talk to Rain owner Jason Robino about taking over that 222 Jefferson St. location, but he says Robino wanted too much money. "We're going to do Baton Rouge next, and then we'll look at Lafayette again," says Doerle.

Bojangles, a mix of contemporary and art deco furnishings, caters to a 25-plus demographic, offering live music ranging from Motown to hip hop and local sounds.

Alicia's takes over Fontaine's Too

"She has a great personality, and she also has lots of friends in the community," says former Fontaine's Too owner Amy Fontaine. "She was definitely a very good customer." Fontaine, who opened the shop in Carencro in 1999 and relocated to the Oil Center three years ago, is getting married on March 19 and will return home to New Roads, where her mother has run the original Fontaine's for almost two decades.

No immediate changes are planned ' Kelli Woods, a saleswoman at the store for almost a year, is staying. Burleigh says she'll decide later whether to add new lines.

For now, however, Burleigh is reassessing the level of non-profit involvement she'll be able to maintain. "I'll probably have to scale back for the next year or so," she says. She's a member of the Junior League of Lafayette, plays a major role in the Palates & Paté fundraiser and is a vice president of the board of directors of the Courtesy Automotive Group Championships at City Club. The professional women's tennis tournament benefits the non-profit organization Stuller Place, a children's advocacy and sexual abuse response center.

Burleigh, who is originally from New Iberia, had been considering the move for a long time. "I was raised in a family of entrepreneurs," she says. "My parents have always had their own company. My brothers own their own companies. I've always wanted to launch my own business."

Menutis' mother, Ruth Ann Menutis, is a Pellerin from Lafayette. She and her siblings, brothers Tommy and Andrus Pellerin and sister Melba Reed, will co-develop Tuscany on the family's property. Dimitri says work at the site won't start until Loft Twelve 45 is complete; that project, which is being constructed in three phases, has about a three-year build out, he says.

After almost two years on Coolidge Boulevard and a year in downtown Lafayette's Jefferson Street Market, Roly Poly is planning a third location.

Oil Center store manager Tony Bailey, who will be a co-owner of the newest store with existing franchisees Mike and Missy Chapman, says the south side location should be open within six months, most likely across from the Mall of Acadiana on Ambassador Caffery Parkway. The proposed spot is behind Benningan's, between Azteca's Mexican restaurant and The Wedding Shoppe.

The Key West, Fla.-based chain is best known for its flour tortilla wraps. Some 100 varieties are offered; about 50 are on the local Roly Poly menu daily and others are rotated as specials. The shop also sells soups and salads, with delivery and catering services offered.