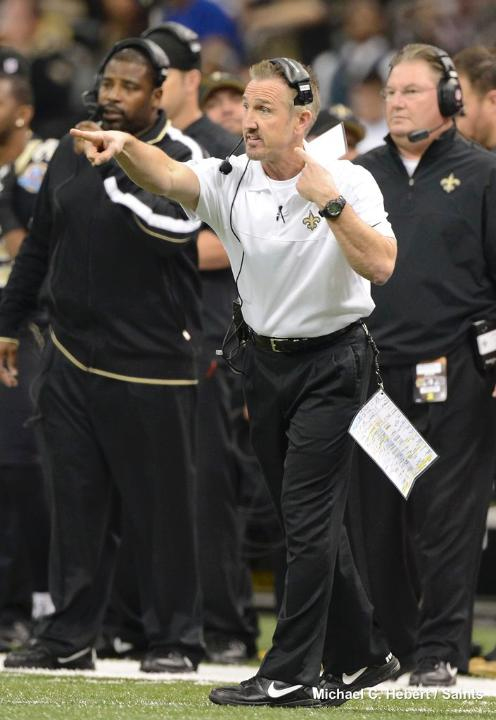 NEW ORLEANS (AP) - The New Orleans Saints have fired defensive coordinator Steve Spagnuolo after one season - a record-setting year in the wrong way.

New Orleans ranked last in the NFL in total defense and run defense, yielding the most yards (7,042) ever in a single season. The Saints went 7-9 this season and allowed 454 points; only Tennessee gave up more.

"I personally want to thank Steve and Ken for their contributions during what was an unprecedented 2012 season," Payton said. "Philosophically we are changing our defense to a 3-4 alignment and right now is the best time to accomplish this transition."

Without Payton, who was suspended for his role in the Saints bounty scandal, and with linebacker Jonathan Vilma and end Will Smith in limbo for portions of the schedule while their suspensions were being appealed - and eventually rescinded - the Saints lost their first four games. They gave up at least 27 points 11 times, and surrendered 52 to the Giants, 44 to Carolina, and 40 to Washington.

Spagnuolo was the Rams' head coach the previous three seasons, going 10-38. He coordinated the Giants' defense when they ended New England's unbeaten season to win the 2008 Super Bowl.

Flajole was with Spagnuolo in St. Louis and moved with him to New Orleans last season.

On Wednesday, Payton hinted at the moves that would occur after he met with his staff.

"This meeting we're going to have is going to be painful," Payton said. "We've got a lot of tough meetings ahead. That's what 7-9 is. Those are our biggest challenges."