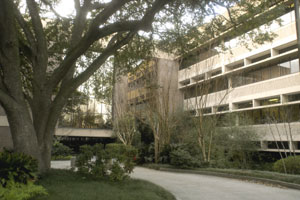 The Lafayette native and LSU grad, who will remain chairman and CEO of the newly constituted independent oil and gas company, has a storied career in the energy biz that dates back to the early 1980s, when he and Billy Rucks co-founded Flores & Rucks. They took the independent oil and gas company public in 1994 and later changed its name to Ocean Energy; Flores stayed on as chairman until January 2001. Devon Energy acquired the company in early 2003.

The 46-year-old executive, who joined PXP's former parent company in May 2001, could not be reached for comment by press time.

Based on PXP's closing share price on April 21, the transaction represents a per share value of $52.46 of Stone common stock. The Houston-based company will issue about 34.5 million shares to Stone stockholders and assume $483 million in debt. Stone stockholders get 1.25 shares of PXP common stock for each Stone share.

Stone's stock price has been down significantly since its Oct. 6, 2005 announcement that the company had overstated its natural gas reserves for periods dating back to 2001. It turned out the data was way off, by 171 billion cubic feet (estimated to have a cash value of about $1.4 billion in today's market ' more than Stone's market current $1.33 billion market cap). The month before the announcement, the stock's average trading price was $61.04. Federal authorities and a major equities market launched inquiries into the inaccuracies, questioning whether the overstatements were done intentionally to make the stock more appealing or to help company officials make more money. That was followed by a wave of lawsuits by shareholders wanting to know if company officials were intentionally dumping their stock before the devastating news was released ("Stone Cold," Feb. 8).

Clearly, PXP believes it can overcome these challenges in exchange for getting Stone at an undervalued stock price ' coupled with an environment that has commodity prices at an all-time high. In large part due to those high prices, Stone reported 2005 net income on March 9 of $136.8 million, or $5.02 per share, on revenue of $636.2 million. Financially, it was a banner year for the company.

Following the deal, which is expected to close in the third quarter, the company will have a proven reserve base of about 500 million barrels of oil equivalent.

According to the buyout announcement, Stone's CFO, Kenneth Beer, who could not be reached for comment Monday, will stay on as finance chief of the combined company; it is unclear what role Stone CEO Dave Welch will play.

No word yet on what the merger means for Stone's Lafayette headquarters on East Kaliste Saloom Road and its employees. Lafayette Economic Development Authority chief Gregg Gothreaux says it's too soon to know what effect the buyout will have; he is planning to ask Flores for a meeting to discuss the issue as soon as possible.

MORE STUDENT HOUSING ON THE WAY

Stephen Klee says hurricanes Katrina and Rita may have caused a rental crunch in Lafayette, but it's not the storms that led him here. A couple of months before the hurricanes, Klee's Atlanta-based company, The Medallion Group, identified Lafayette's student housing market as underserved.

In mid-May, the company will begin construction on Campus Edge Apartments, a student-housing complex near the intersection of North Bertrand Drive and Eraste Landry Road. The Medallion Group has the 10.3-acre tract under contract, with the total project cost ' including land ' estimated at $18 million.

Several aspects of the 168-apartment development will set apart Campus Edge from University House at Lafayette, its only privately owned competitor just down the street on Bertrand. "Each [Campus Edge] bedroom has its own bath. The Lafayette market is really lacking in that type of product," says Klee, noting that student-housing surveys list this as a No. 1 priority. Campus Edge will offer two, three and four-bedroom units.

Klee will also compete with UL Lafayette's 2-year-old Legacy Park, which has 215 apartments with one, two or three bedrooms. While each Legacy Park bedroom does have its own bath, Klee maintains the rooms are smaller and only offer twin beds. "We'll be providing full-size beds in our units," he says.

Campus Edge's rents, which include utilities like cable, Internet, water and electricity, will start at $439 per bedroom for a four-bedroom unit ' the most efficiently priced. The clubhouse and a temporary sales office will open next spring, with all units ready by fall 2007.

Other complimentary amenities at the complex include a swimming pool and fitness center, computer lab, an Internet café, movie theater, tanning beds, a carwash and a free shuttle service to campus.