The Mamou native will join Joel Savoy's Honky Tonk Merry-Go-Round on Thursday and Friday nights for the next Louisiana Crossroads concerts at the AcA. 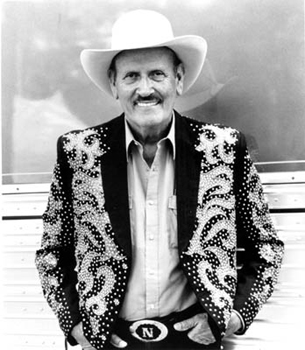 Grand Ole Opry legend Jimmy C. Newman (the C stands for Cajun), a Mamou native and world-famous Cajun-country singer-songwriter, will join Joel Savoy's Honky Tonk Merry-Go-Round on Thursday and Friday nights as the Louisiana Crossroads concert series commences the second half of its 2012-2013 season in the James Moncus Theater at the Acadiana Center for the Arts.

Following a string of country hits in the 1950s, Newman was inducted into the hallowed Opry in 1956, following the honor with the cross-over smash hit "A Fallen Star" a year later. A fan as a kid of country crooner/movie star Gene Autry, Newman later formed his Cajun Country band, bringing his native Cajun music to the world and becoming one of the first ambassadors for the Cajun brand.

The multi-instrumentalist Savoy, a celebrated Cajun musician in his own right and son of accordionist/accordion maker Marc Savoy and chanteuse Ann Savoy, will be joined in the Merry-Go-Round by fiddler David Greely (late of Steve Riley & The Mamou Playboys), drummer Glenn Fields (Red Stick Ramblers), guitarist Daniel Coolik, bassist Eric Frey and pedal steel player Rose Sinclair. Vocalists Kelli Jones, Linzay and Emma Young and Kelley Breiding will join the band while Newman will close out each set performing a few tunes.

"It's a huge honor for us all to get to play with him," says Savoy. "I'm a huge fan of his early recordings and I'm really hoping folks will come out and hear him play some of his earliest material that seems to have gotten lost in the shuffle. There are some killer songs."

Savoy adds that he settled on the name Honky Tonk Merry-Go-Round because of the wide variety of styles the band will perform, from vintage country and western swing to Cajun two-steps.

The performances begin at 7:30 p.m. Tickets range from $15-$25. Log on to the AcA's website for more info or to purchase tickets. http://acadianacenterforthearts.org/