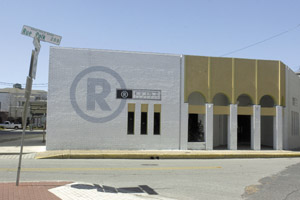 The Russo Ad Group building on the corner of East Congress and Polk streets plans to house a new restaurant, BoCo on the Parc, this fall. Louis "Gus" Bonin of Baton Rouge and local investors are launching the restaurant and bar, which specializes in French provincial cuisine with a southern flair and features a rooftop terrace overlooking Parc Sans Souci.

Bonin declined to identify the local investors at this time. "They're definitely in," he says. "We just have to sign the papers."

Originally from Bastrop, Bonin spent summers in Lafayette with his father. He has 15 years of experience in the restaurant business, most recently serving as general manager of Lava Room, a Spanish tapas bar that opened in downtown Baton Rouge in mid-2005 but closed shortly after Hurricane Katrina. (Lafayette's Tsunami Sushi sisters Michele Ezell and Leah Simon were minor investors in Lava Room.)

Bonin says the influx of evacuees and unsubstantiated rumors of a subsequent crime wave in Baton Rouge discouraged people from patronizing downtown establishments. "It was totally blown out of proportion, but people were petrified to go downtown," he says, "even my friends."

The 35-year-old entrepreneur says he was attracted to Lafayette's culturally diverse community. "We hope to accomplish something that is brand new to Lafayette, which I know is what everyone says," quips Bonin, explaining that a unique feature of Boco on the Parc will be its 1,000-square-foot terrace. The restaurant will serve lunch and dinner and plans to double as a club, catering to a late-night crowd with eclectic music and a limited menu of hors d'oeuvres.

The terrace is part of a second floor addition to the existing structure. The restaurant will occupy 5,250 square feet on the first and second floors and is being designed by Lafayette architect David Courville.

Bonin is not planning to relocate to Lafayette. He hopes the concept takes off and would like to eventually expand it to Baton Rouge and Shreveport. "But I'll pretty much be in Lafayette for the next year," he says.

Russo Ad Group purchased the building in January 2006 and completed its renovation last May. The 7,472-square-foot building also houses Gallery R, where the agency displays art for ArtWalk and related special events downtown.

In mid-February Champion Real Estate Services, which took over management of downtown Lafayette's Versailles Centre office building in July 2005, purchased the approximately 140,000-square-foot building for $8.15 million. When it was negotiating to take over management more than a year ago, Champion planned to work with the landlord, S&A Properties II of Baton Rouge, to return Versailles Centre to its original office space standing. ("Downtown Versailles Centre plans to regain Class A status," July 27, 2005). Class A is the city's premier office space classification.

But the building owner's death left his heirs ' who have no real estate experience ' antsy about the investment. That's when Champion's principals, doing business as Champion Real Estate Equities VII LLC, stepped up to the plate. "This is what we do," says Champion owner Glen Richard. "We do it everyday and understand the risk. This building had the reputation of being the nicest building in downtown, and when we finish it will be that again."

Before striking the deal with S&A, however, Richard secured a new 10-year lease with the building's primary tenant, MidSouth Bank. With the additional square footage the bank is leasing on the fifth floor, it will occupy a third of the building. About 27,000 square-feet of space ' half of the fifth floor and all of the sixth floor (a large portion of the space that was leased by the Onebane Law Firm before its move to River Ranch) ' is still available for lease. Richard says this large block is potentially a major selling point. "We consider that a real opportunity," he says.

A number of attorneys, including Preis, Kraft & Roy law firm, along with the FBI, Federal Public Defender's office and MCI are also housed in the building.

Richard says space in Versailles Centre, located across from Cathedral Carmel School, is now leasing for $15 to $16 a square foot. "And we expect the rates to go up." He says new office construction just about anywhere in the city is renting for $26 to $28. Other than a couple of office complexes in River Ranch, the 20-year real estate veteran doesn't see much new office construction on the horizon, a factor he believes will create more demand for existing Class A buildings. "We hope to see the rental rates for Class A push 20 bucks," Richard says.

Champion is investing $1.7 million in the building this year. "That will bring us a long way, but we expect to be investing capital over the next couple of years to much smaller degrees," says Mike Matherne, a Champion partner who serves as director of marketing and leasing. The company is upgrading and replacing much of the heating, ventilating and air-conditioning system, adding high-speed elevators, and is renovating the common areas and bathrooms of the 25-year-old building. Versailles Centre was constructed by the late Herbert Heymann for about $8.5 million, says architect Jim Ziler, who was part of the original architectural team and is heading Champion's renovations.

Contracts for the work are being signed this week, according to Matherne, who says the renovation and upgrades should be completed within a year.