Being nominated for two Grammy Awards has only emboldened Hunter Hayes to take chances. 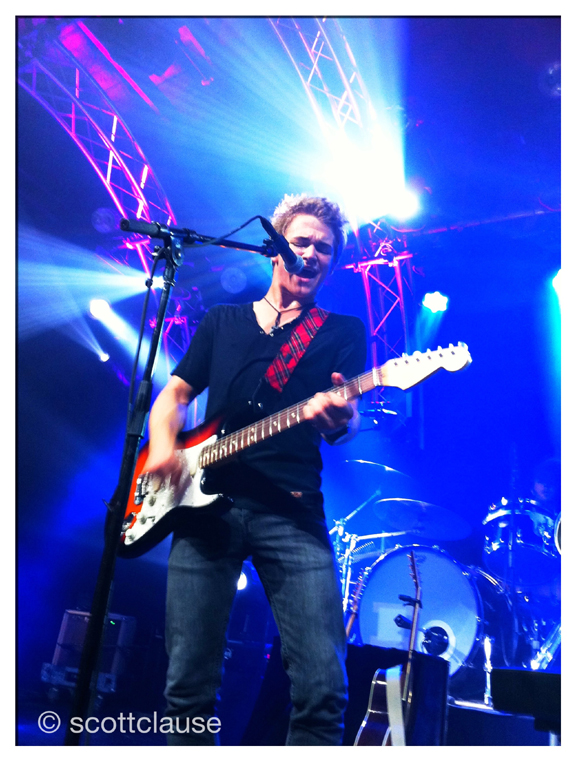 Hayes played every instrument on his self-titled debut album, something he called an "intimidating experiment" in a town full of legendary hired hands. He also went hard against the current trends in country music in another way, pursuing his interest in pop influences when most of his male counterparts are riffin' on rock 'n' roll.

The 21-year-old Louisiana native is up for three trophies at the Feb. 10 Grammy Awards in Los Angeles, including best new artist. The nominations punctuate a period of growth for Hayes in the 18 months since he released that album. He scored his first No. 1 with "Wanted," becoming the youngest solo male country performer to top the chart. And he began to play in front of larger crowds on tour with several established stars, including Carrie Underwood - a onetime best new artist herself.

Underwood says she voted for Hayes in the category because his talent is undeniable.

"He's not just a singer, he's not just a cutie-pie, which he is," Underwood said. "He's adorable, but it's not just that. He's really talented. He's a really great vocalist and he plays everything on his album, which I think is something he doesn't get enough credit for. He's a great guy, too, and he's a hard worker. I've seen all the stuff he's running and out and doing all over the place and he wants it bad."

That's been the case since before Hayes was big enough to wrap his left hand around the neck of a guitar.

Performing before reaching kindergarten, making national TV appearances as a school kid, releasing self-produced albums from the age of 10 through his record deal in Nashville, Hayes was already a fully formed performer when he joined Dann Huff in the studio to record his debut. He's always played his own instruments on his independently issued albums and he saw no reason to stop.

Seven months later he emerged with something very different from what you hear from his peers on country radio. It was an album that recalled Rascal Flatts rather than Jason Aldean and referenced some of the sounds young country fans have already grown accustomed to listening to Underwood, Taylor Swift and Lady Antebellum.

That's emboldened him as he begins thinking about recording a new album. He says recent music by Train, John Mayer, Mutemath and Coldplay has charged his imagination and is encouraging him to consider more experimentation.

"This year I got into two or three different bands because their records, which were not on country radio stations, had elements of the things I love," Hayes said. "They had bluegrass instruments. They had really cool organic grooves that I love and was so excited to hear. ... It's important for me to sort of merge all these sounds into one to help me create mine, whatever that is."

And maybe he'll invite in a collaborator or two this time. Or try a new songwriting process in the studio.

"All these different things I've always wanted to try," Hayes said. "I think it's important not to pick a process and say this is the way I'm always going to make my record because that turns out the same results over and over. I get bored with something really quickly, so I kind of want to try something any way."