F. Camalo is well-known around these parts for exquisite clothing. And it looks like it's known far from the borders of Acadiana as they rake in Esquire's Best in Class award - again. It's year 15 for the Lafayette retailer to find their way onto the list of top 100 men's speciality stores in the country and it's an honor that owner Frank Camalo takes to heart.

"It's always a good one to get," Camalo says of Esquire's nod. "We don't pay anything for this. It's who the brands and designers consider represent the lines really well." 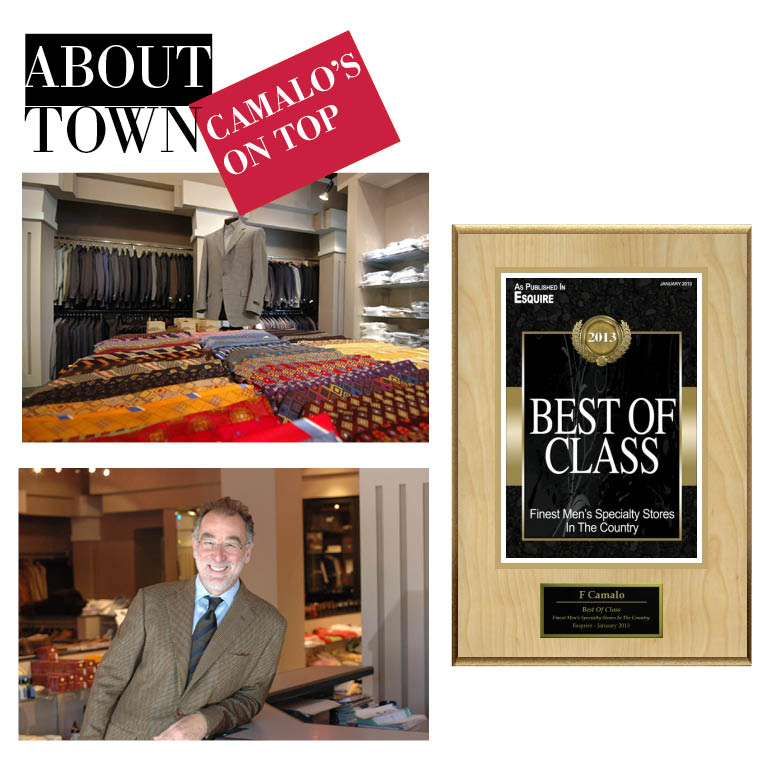 So, how does a retailer in a city this size of Lafayette compete with no-doubt larger retailers in NYC and L.A. for such an honor?

"It's not about the volume. But, about the quality," Camalo says.

It's quality like the well-known Canali pieces he carries or the bench made Graviti shoes (one of 50 locations in the country that sell the footwear). In addition to bragging rights, the Best of Class comes with a dinner in NYC where Camalo and the retailers can connect and occasionally the uber luxe trip to Italy.

"In 2010 we went to Milan and Florence," Camalo says of the trip where guests were hosted by the likes of Missoni and Canali.