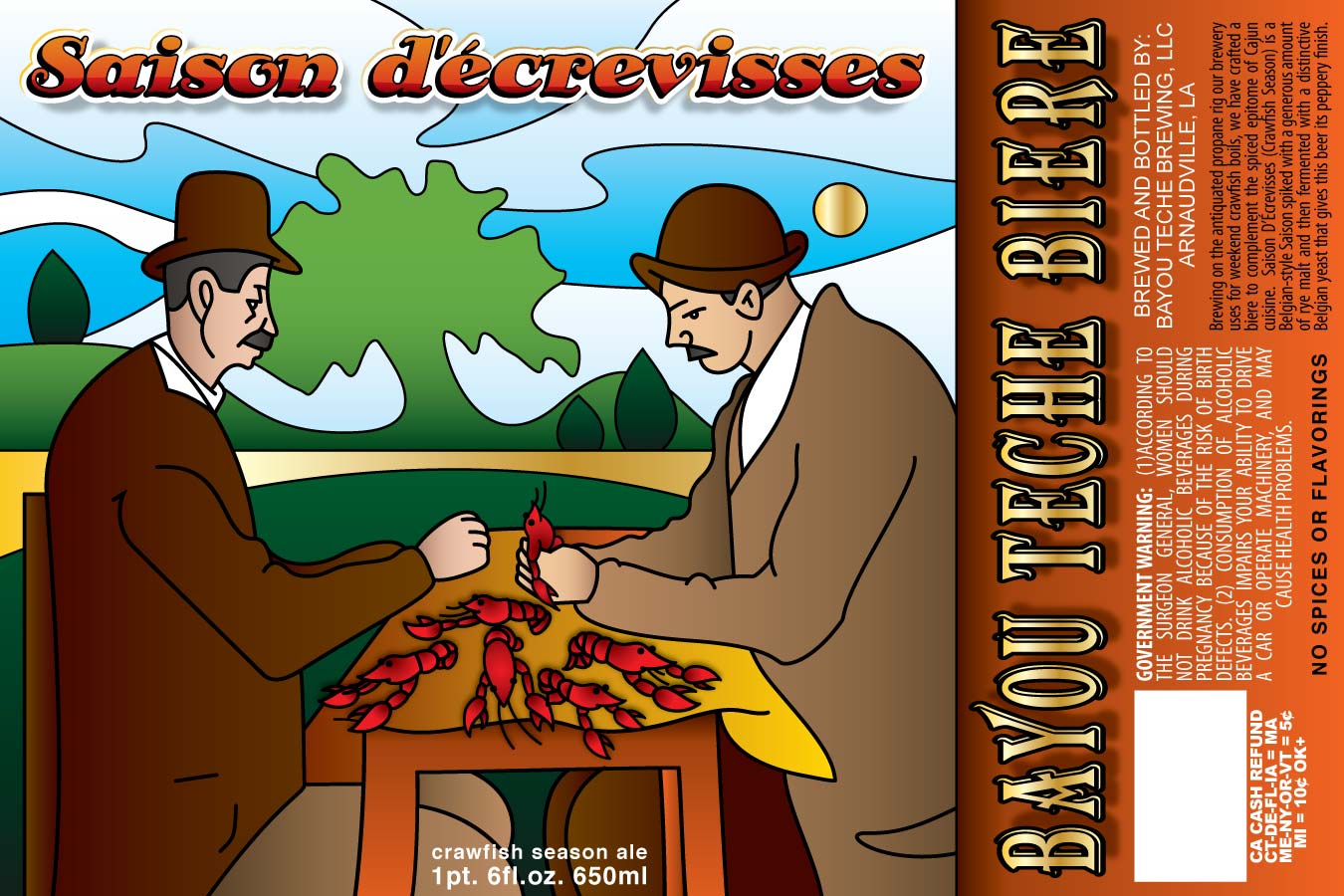 The beer is a Saison beer, according to the folks at Bayou Teche, which is a centuries-old Belgian farmhouse ale style and is the first in the brewery's new Lagniappe Series of limited release beers. The beer holds a generous amount of rye malt and is fermented with a distinct Belgian yeast to give the beer a dry and peppery finish. It's semi-dry with a hint of unmalted wheat intended to cool the boil's spice. The beer is finished with imported French Aramis hops.

"For our inspiration, we brewed many five gallon test batches of this beer on the propane rig our brewery uses for weekend crawfish boils," says brewmaster Gar Hatcher in a press release. "We wanted to craft a beer to complement the spicy epitome of Cajun cuisine."

The beer is 6 percent alcohol by volume and is available in 22-ounce Belgian style bottles and on draft during the traditional crawfish season, January to May.

"We wanted to put this beer in bigger bottles so you won't have to make as many trips to the ice chest," says Hatcher.

"We may be the only brewery in America who has our own crawfish pond - most weekends during the season we boil the catch from my brothers Byron and Dorsey," says Karlos Knott, one of the brewery's founders. "For us, boiling crawfish is not only a meal, but an event. With every batch boiled, Cajuns delight in the gathering of their family and friends.  We can't ever get enough boiled crawfish - we dread the arrival of June when crawfish season is nearing its end."

The brewery expects to be able to offer the beer soon to their distributors in Mississippi, Alabama, Florida and New York.