When first I glimpsed the renderings for Apple's iWatch, it was a flash of Star Trek that crossed my mind. Sleek design by way of a more sophisticated (just a little bit) slap bracelet, the watch could just be the next thing we'll all be wearing on our wrists.

While the ballyhoo yesterday sprung from a patent application, the reality of this thing becoming a reality is in the not so distant future. And if the pieces we're seeing in local retailers are any indication the future is now. While boho vibes abound, this spring has also brought a sleek undercurrent of smooth new wares worthy of a starship. So, as more sound thinkers first glimpsed the watch and imagined how very frustrating a life with wearers occupied even further than we are now with our iPhones (and able to do so by a mere glance at the wrist), this IND Styler was thinking about how to best integrate such a modern piece into our everyday wardrobes without looking like a cyborg. Think sleek. 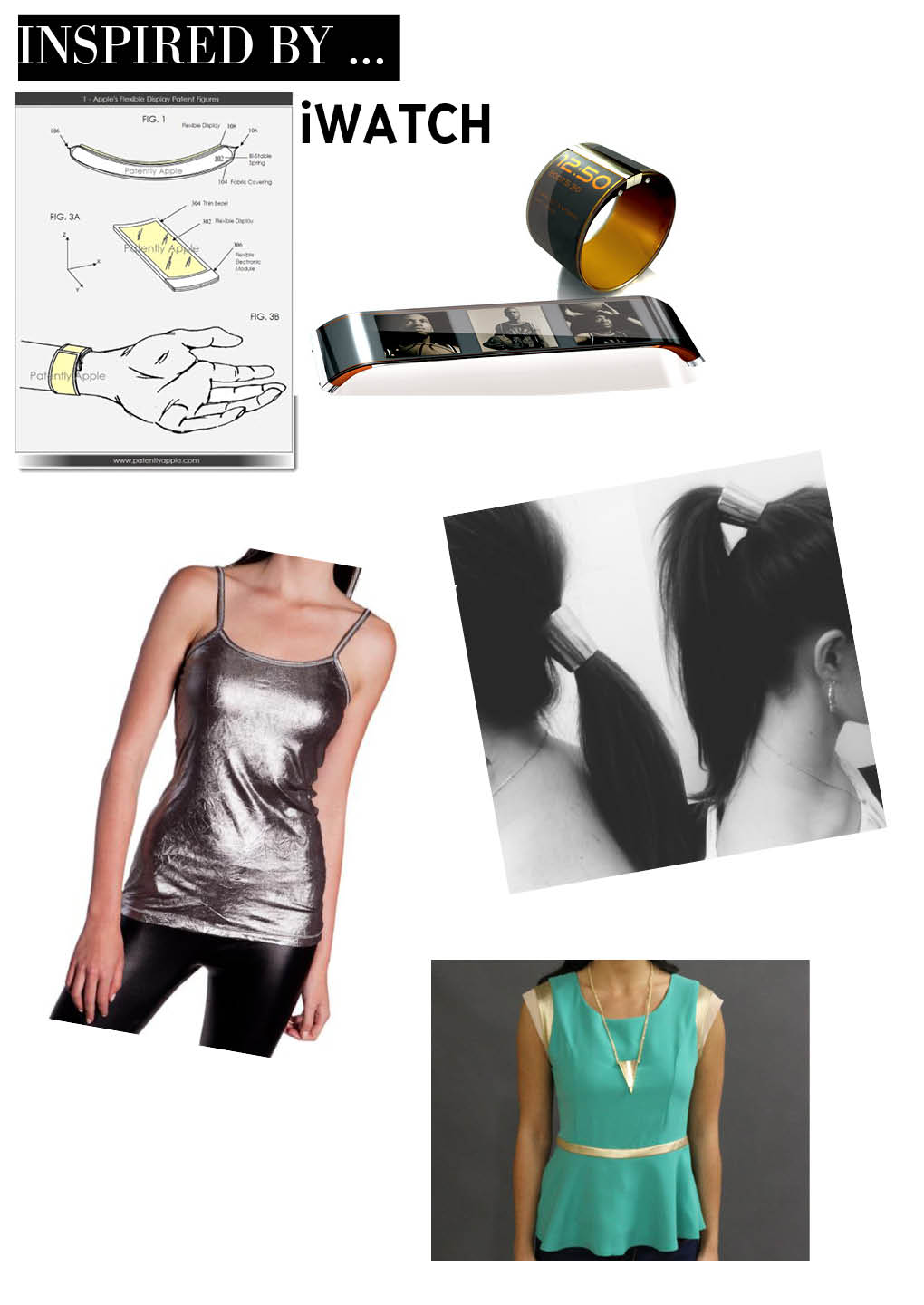 One of our favorite new pieces is nothing if not sleek. The ponytail covers we spotted over at Shoe La La are perfection. Ponytails of the simple variety have been spotted on red carpets and, when done properly, are great for the boardroom as well. And this is just the way you do it. Without a tacky ponytail holder to give discerning eyes pause, this cover takes the casual pony to a modern place.

At Brother's super metallic tanks are forward thinking. If you're feeling uber galactic, pair with waxed denim for a look that's shiny head to toe. Add loads of chains and moto boots and you've got a look that's modern rocker.

For a statement top that's forward thinking, we are loving this vivid green with gold gleaming details. The peplum shape is flattering while the green heralds one of spring's hottest colors. We've seen the new shirt at both Hemline and Vertigo and it's sure to be a hit. Pair with a snug pencil skirt, liquid leggings or roughed up boyfriend jeans for a funky contrast.

Live long and style on.