Here's some highlights of what Lafayette's got going on in March.

My, aren't the chirrens talented? In fact, they are, and the students in the Lafayette Parish School System's Talent Program are proving it through March 9 with a series of musical, visual and performing arts presentations to show off their hard work during the school year.

Featuring the work of elementary, middle and high school students, this year's theme centers around time.

Most of the activities take place at Cité des Arts on Vine Street downtown, with Cajun Spice Gallery on Jefferson Street serving as a satellite location for visual art. And it's all free and open to the public.

The visual arts exhibitions are taking place at Cité and Cajun Spice through March 9, with artist receptions slated for Saturday, March 9 at both locations coinciding with the Second Saturday ArtWalk.

The musical performances will be held at Cité:

Some of the Hub City's most creative theater professionals will stage the intensely personal, post-Katrina play Shotgun at Theatre 810 located at, you guessed it, 810 Jefferson St. beginning Friday, March 8.

The play, by Louisiana Writer of the Year John Biguenet, centers around the relationship between a white father/son duo and the black family from whom they are renting one half of a shotgun duplex in New Orleans four months after the storm ravaged the city.

Acadiana Food Circle, one of the area's premier sustainable agriculture groups, is the beneficiary of a rockin'-good fundraiser on Saturday, March 16 at Blue Moon Saloon when bands, a Michot brother, four Lafayette restaurants and a super-hip disc jockey show their support by throwing a party.

The blowout begins at 7 p.m. with a two-hour Cajun jam on the porch 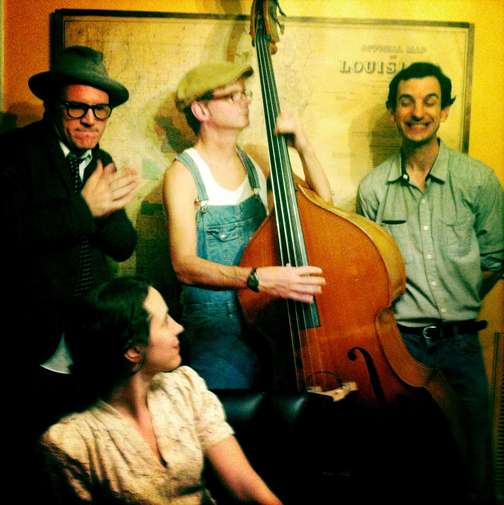 hosted by Tommy Michot. A farmer's market packed with local produce and goods will also go down at this time.

At 9 p.m. the music gets electrified on the Blue Moon stage with one-hour sets by Holy Ghost People, Makers Reel, The Pits and Sassafras Jubilee, chased by DJ André Broussard's dance party commencing at 1 a.m.

Junk, wonderful junk. Behold, the Seven-Mile Yard Sale, that annual feast of trash and treasure that this year is stretching all the way from Arnaudville to Sunset. Vendors selling everything from kitchen appliances, musical instruments and clothing to plants, fresh produce and handmade crafts, will set up their tables and sell their stuff from 7 a.m.-4 p.m. on Saturday, March 16. The sale begins on Hwy. 31 in Arnaudville and runs Hwy 93 East through Grand Coteau to Sunset. Or, flip it and begin in Sunset. They don't care. 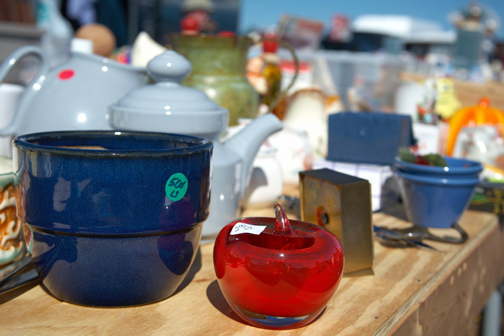 Caveat: the early bird gets the worm, if y'all know what we mean.

Seattle alt-weekly The Stranger said of Michael Martin's Verbatim Verboten "At it's best, it's blisteringly funny, really creepy - or both." In this TMI age of social media, Verbatim Verboten takes the things that should be private and makes them very public, to hilarious effect.

Essentially the theatrical production comprises the reading of transcripts of everything from private emails and 911 calls to wiretapped conversations and accidental "hot mic" statements - a pantheon of "oops" moments brought to life with often cringe-inducing staged interpretations.

The producers have assembled roughly 400 such pieces of communication detritus but only use up to 25 per performance, so each staging of Verbatim Verboten is different.

The production will begin a three-week run at The Feed & Seed at 106 N. Grant Street on the edge of downtown on Thursday March 14 and will run every Thursday through March 28.