The 26th annual event was a fundraiser for Hearts of Hope, and nobody left with an empty belly.

Hearts of Hope was again the benefactor of this year's Acadiana Culinary Classic, an event that brought dozens of chefs together to compete for the gold medal in 11 different categories and the Best in Show $10,000 prize.

Scott McCue, executive chef at Cypress Bayou Casino, ultimately took home the Best in Show prize for his veal crepinette with truffled veal mousse served with a moral and cognac cream reduction, for which he also won the gold medal in the meat and veal category.

Gilbert Decourt, the food and beverage director at the Cajundome, told us before the results were announced that it was his favorite in that category, which he judged, saying it was simple but nicely thought out and constructed. He added that he looked for "simple products and better presentation, but still Louisiana fare and well balanced" dishes.

Matt Broussard, a teacher at SLCC, was mum before the awards presentation, but told IND Monthly that he looked for a high quality product, as well as simplicity of presentation. Obviously, he says, taste is the number one priority, but he set his own criteria for the dishes, requiring an evident thought process from the chefs for each dish. 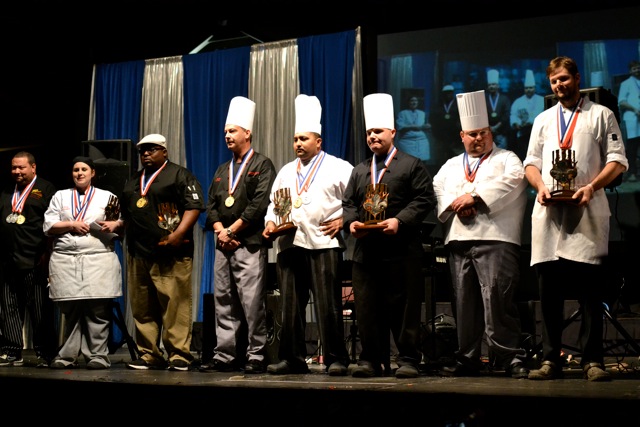 I had the pleasure of dining next to Joey Bergeron, the sales manager at Doerle Food Service, who judged the shellfish competition where the fried soft shell crab stuffed with Boursin and jumbo lump crab meat from Cypress Bayou's executive sous chef, Willie Gaspard, shined. Village Café and POUR Executive Chef Jeremy Conner took home the gold in the finfish category for his tuna rolls - cured tuna wrapped around goat cheese from Belle Ecorce farms - a simple and delicious variant to the generally heavier dishes found around the Convention Center.

More lighter fare was available in the healthy option category, sponsored by Our Lady of Lourdes Regional Medical Center, in which Willow Brook Country Club's chef instructor, Melvin Guevara, took gold for his pesto-rubbed orange roughy. The duck valentine from Cypress Bayou's roundsman Jonathan Freeman won gold in the poultry category with a chocolate-strawberry sauce that was both unexpected and surprisingly tasty - not overly chocolatey, which was my apprehension. Opelousas General Hospital's executive chef, Bennett Simmons, won the gold in wild game, pork and lamb for his spiced crispy crust pork belly - slap some pork belly on my plate and I'm a happy foodie. 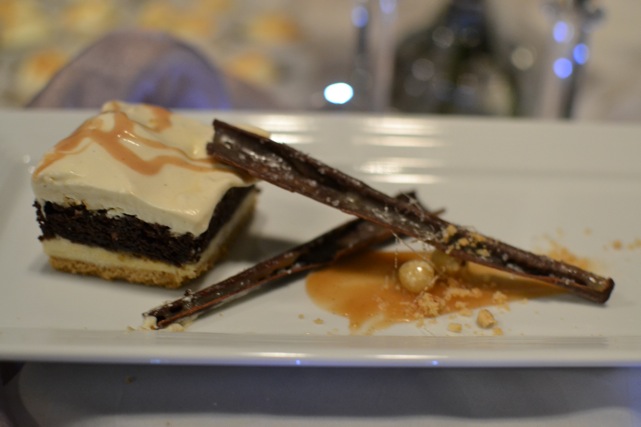 Poupart's won gold in both salad and bread (are we surprised?) with its Thai tuna salad from Executive Chef Jeremy Robinson and owner Patrick Poupart's toasted almond onion bread. Almost all the desserts were overly sweet, opined Decourt (I know, I know - is that possible?). However, Laci Booth, the chef at Mr. Lester's Steakhouse at Cypress Bayou, won gold with her salted caramel semifreddo, which was well deserved - there are a few things I enjoy more than a salty-sweet combo.