With new lunch and dinner offerings along with the first official Saturday brunch, prepare to spend your weekend downtown. Jefferson Street Pub, still in its first year of entering the downtown restaurant scene, is starting its new Saturday Vinyl Brunch tomorrow and unveiled its new lunch and dinner menu this week.

The truffle burger - it may not be pretty, but it's so good.

Don't worry - the shepherd's pie and the Publican Tenders & Crisps are still on the menu, along with the fried provolone. Chefs CJ Pothier and Robert Sandburg have, however, added a number of appetizers, entrées, sandwiches and burgers.

They've started with chargrilled oysters, a half dozen for $10, with lemon butter parmesan and a house cocktail sauce, and a grilled flatbread with a chef's selection of toppings for starters. If you're a charcuterie fan (I'll confess - I definitely am), then go for the Ploughman's Plank, a selection of meats and cheeses with house pickles and ciabatta.

The burger menu is almost completely revamped with the JSP burger remaining but three others are now in its company: the Southern Belle with onion marmalade, blue cheese and dijon; the cheese and pickle burger with - you guessed it - white cheddar and fried pickles, along with bacon and house creole dijonnaise; and the truffle burger, which is absolutely delicious. It's topped with a truffle aioli and white cheddar - nothing else, and it's excellent. 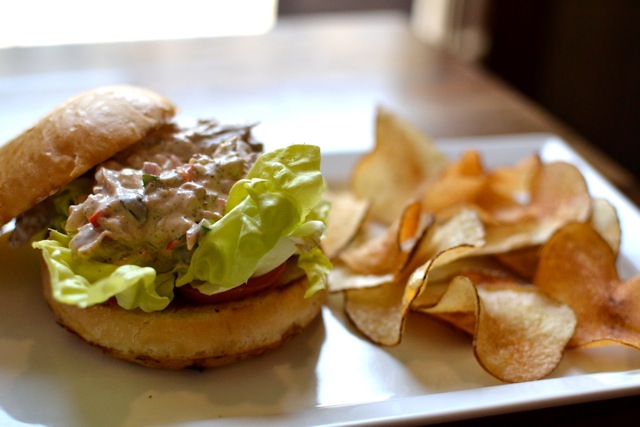 Supplementing the sandwich menu is the chicken salad sandwich, which utilizes grapes, jicama, candied pecans and tomatoes for extra flavor and crunch.

If your appetite is a little heartier, go for the shrimp pasta or the Meat Market - a 9-ounce New York strip with persillade butter and served with the house potatoes. For dessert, if you think you can handle it, the chocolate bread pudding is dense but delicious, or try that week's Carpe Diem gelato flavor, which they're serving at JSP now.

The brunch menu hasn't deviated much from the test menu we tried a few weeks ago, but it's refined now and they're ready to dive in to the brunch scene. They're serving it tomorrow starting at 11 a.m. 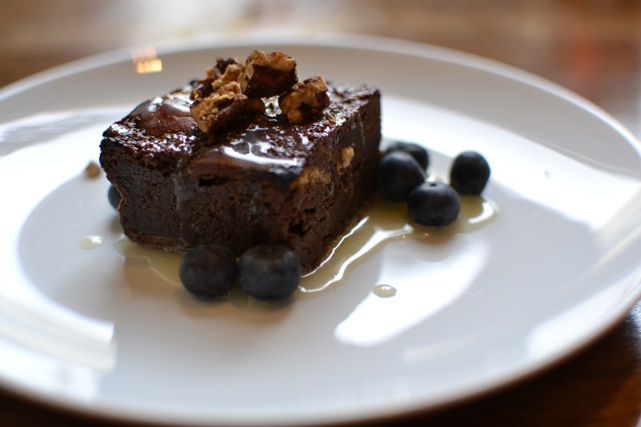 Check out both new menus on JSP's Facebook page.