There's no shortage of lawyers in Lafayette - one for every 185 of the 225,000 residents living in the parish - and our attorney population shows no signs of slowing.

Lafayette Bar Association Executive Director Susan Holliday says for the past five years the state's law schools haven't experienced any decrease in the number of graduates they turn out.

And during that time, Holliday says member enrollment for the Lafayette Bar Association has also remained steady, as has the total number of attorneys practicing within the parish.

Membership in the Lafayette Bar Association is not required, but Holliday tells ABiz most local attorneys do join the professional group, which currently boasts a roster of 940 members, including lawyers and judges.

"As of today, there's 1,360 Louisiana licensed lawyers in the 15th Judicial District," Holliday says. "That is a lot of attorneys for our population." 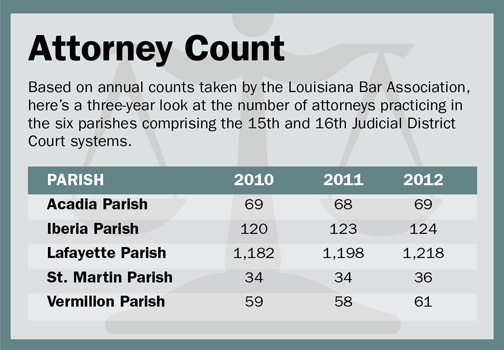 The positive, at least for a parish like Lafayette, says Holliday, is that with a higher population comes a greater demand for legal expertise.

Thirty-eight freshly graduated lawyers, according to stats from the Louisiana Bar Association, entered the Lafayette Parish workforce from 2010 to 2012.

"It's hard to fully say what the job market is like here for lawyers, but most of the ones we've introduced into our membership so far this year are with a firm," says Holliday. "We have enough firms here in Lafayette that we're big enough to absorb that influx every year.

There are more job prospects here than in smaller areas where it's mostly sole practitioners. Here we have big defense firms, but in a place like Abbeville, where there's only 60 or 70 licensed attorneys, it's much harder to absorb the new ones."

One of the fresh faces in the local legal community is Lafayette native Gibson Laborde, who landed a job at Allen & Gooch, with offices 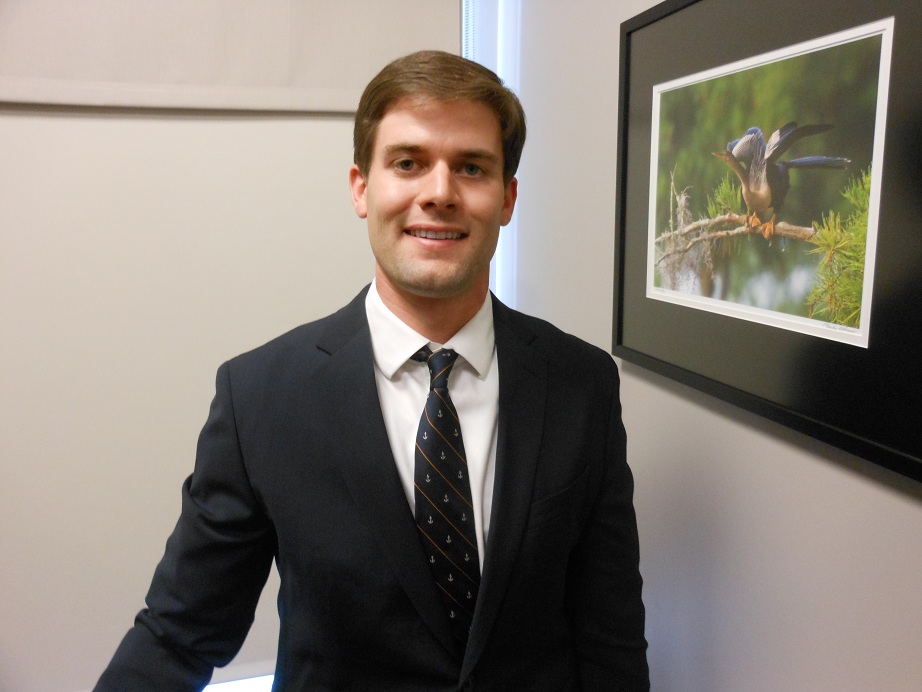 in the swanky IberiaBank building on the corner of Camellia Boulevard and Kaliste Saloom Road in River Ranch.

The 28-year-old is a 2010 graduate of LSU's law school and a third-generation attorney, following in the footsteps of his father and grandfather.

After passing the state bar exam in 2010, Laborde says his only difficulty in entering the job market was which firm to go with. He had three options when he chose Allen & Gooch, joining the ranks of the firm's 40-plus attorneys and focusing his expertise on corporate formation and advice, commercial litigation and professional liability.

Laborde, however, says that's not necessarily the case with new attorneys entering the local workforce.

"I had several options coming out of law school, but for the most part there are more law school graduates than job opportunities, so the competition for open positions is definitely high," says Laborde. "In this business, experience is everything. That's why landing that first job for a law student is so important."