A lot has changed in five decades in Lafayette. The Lafayette Parish Courthouse has not. 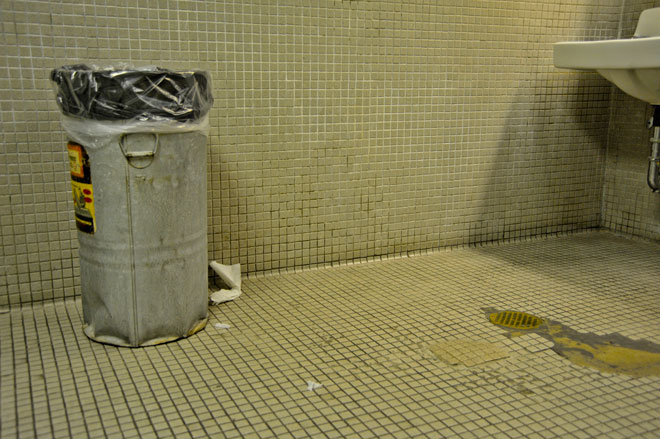 First floor restroom used by employees and the public

A lot has changed in five decades in Lafayette. The Lafayette Parish Courthouse has not.

Fifty years ago, America was much different from today. Think about it: 1964 was nine U.S. presidents ago. African-Americans essentially could not vote. The overwhelming majority of women did not work outside of the home. Our current Lafayette Parish Courthouse was completed that year. 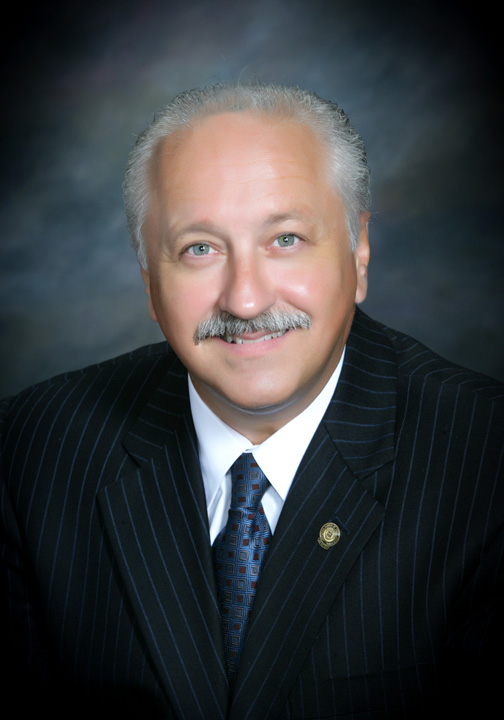 then to 13 district judges now. In 1964 there were no typewriters that used electricity, no fax machines, copy machines or computers. People did not bring guns into courthouses to settle their differences if the court's decision did not go their way. They do now.

Yet we remain in this same building, a building that has suffered from years of neglect and little maintenance. And, according to three studies, a building with major safety and security concerns that are nearly impossible to correct using the current structure.

Background. Lafayette Parish was created by carving out portions of St. Martin Parish as designated by the Louisiana Legislature in 1823. In 1824 Jean Mouton, who also donated the land for St. John's Cathedral, donated four lots and a small building that was used as Lafayette Parish's first courthouse. The first census of Lafayette Parish was conducted in 1830 and showed a population of 5,653.

The second Lafayette Parish Courthouse was constructed on the same location in 1835. The cost was $4,000.00.

The third Lafayette Parish Courthouse was constructed on the same location in 1860. The cost was $89,000.00.

Public records in the Clerk of Court's office are stored in cubicles due to a lack of storage space. 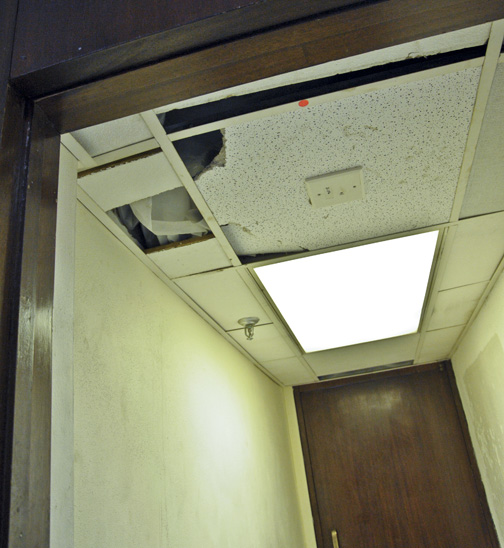 An entrance to a women's restroom shows evidence of years of neglect.

The fifth and current Lafayette Parish Courthouse was constructed in 1964 at a cost of $4.4 million. All courthouses have been built on  Jean Mouton's original donated land.

The present courthouse has multiple safety and security problems that cannot be easily addressed. When constructed in 1964, the public accessed the courthouse through nine public entrance doors and four stairwells.  Today only two entrances are utilized. Prisoners use the same elevators as the district judges, their victims and the public. There have been situations in which sentenced prisoners and the witnesses who have testified against them ride the same elevator. Judges and court personnel have ridden in the same elevators with shackled prisoners.

There are no hol ding cells or sally ports in the parish courthouse. This means that up to 50 prisoners at a time are marched across the street and seated in a vacant courtroom to await court. Sometimes only one deputy is left to guard these prisoners.

These and other security concerns make our parish courthouse vulnerable and unsafe. At least three studies have shown this. The latest courthouse study, by Justice Planning Associates, states that the Lafayette Parish Courthouse needs to be replaced.

With the parish's growth, the volume of work required has increased annually (see chart below).

There are two millage taxes that are supposed to support the Lafayette Parish Courthouse. The "Courthouse Maintenance Tax" is a 2.34 mills tax that brings in about $4 million a year. This year, Lafayette Consolidated Government is taking 1.7 million dollars out of this $4 million total to fund the jail.

The second millage is the "Courthouse/Jail Maintenance Tax." This 2.06 mills tax brings in about $3.5 million a year. One hundred percent of this tax is being spent on the parish jail this year.

Let me state for the record that the parish jail needs to be maintained. But our parish courthouse is suffering because of a lack of adequate funding.

Time and again, the Clerk of Court's office has stepped up to assist Lafayette Parish Government. In 1985, the clerk's office, using its surplus funds, paid $883,000 to renovate the first, second and third floors of the parish courthouse. In 1991, more than $150,000 of clerk's funds were used to purchase two buildings and a parking lot adjacent to the parish courthouse. For the past 10 years or more, the clerk's office has provided in excess of $200,000 in annual in-kind services benefitting Lafayette Parish.

Reality Today. Parish courthouses are the livelihood of the community. They reflect how we as a people are viewed by others. Lafayette in 2013 is far removed from Lafayette of 1964. Courthouses are where justice is administered, disputes settled, property registered and transferred, and where all marriages begin.

The people of Lafayette Parish deserve a new courthouse. History proves that from time to time, improvements must be made.

Louis Perret has served as Lafayette Parish Clerk of Court since 1999. He also is chairman of the board of the Regional Health System, on the executive board of the Evangeline Area Council of the Boy Scouts, and on the board of Louisiana Capital. 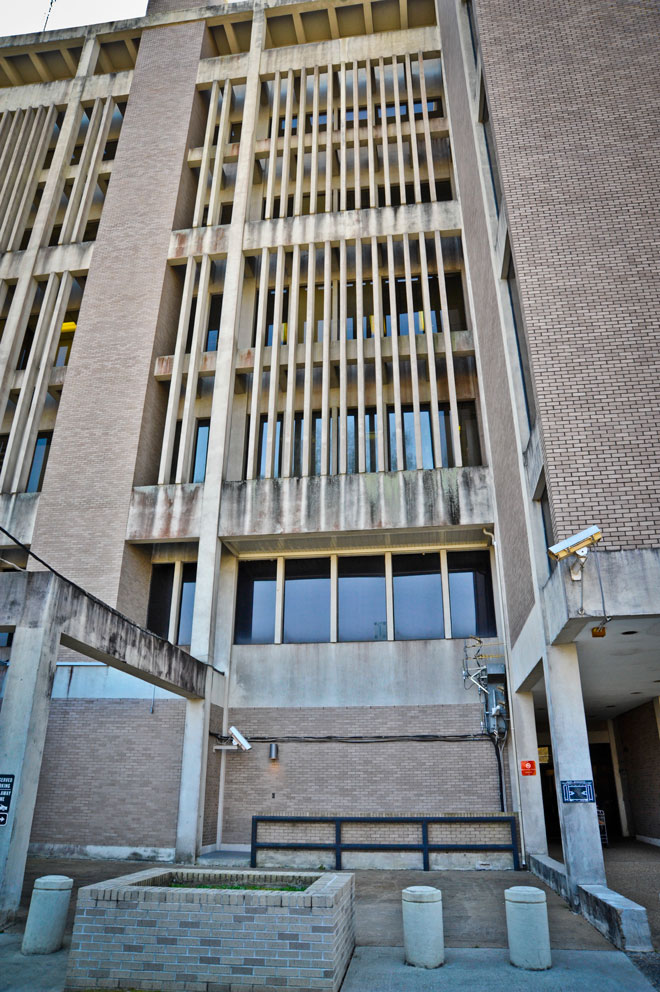 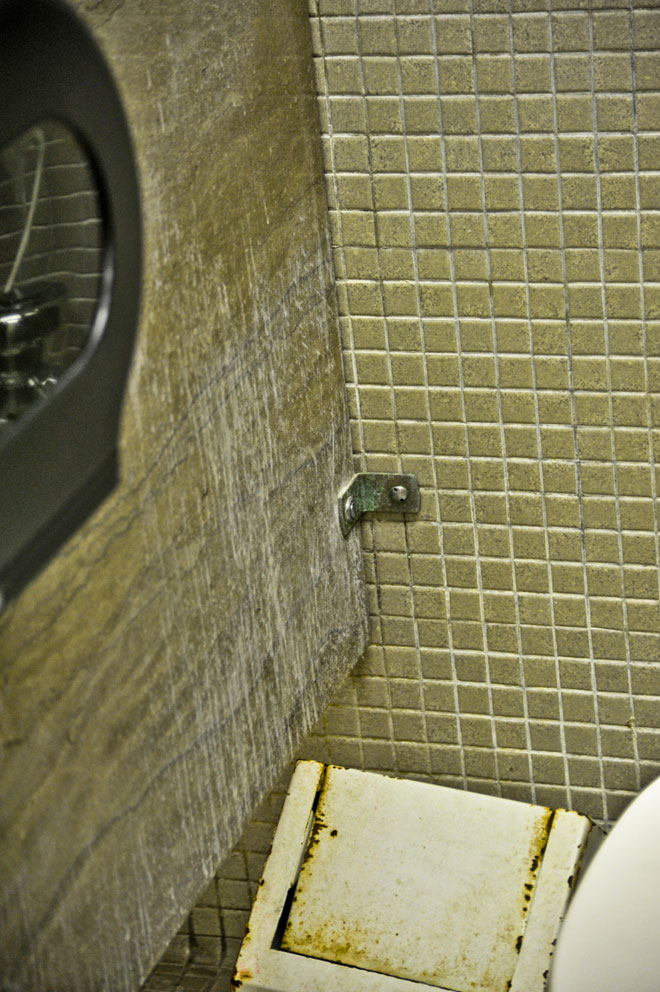 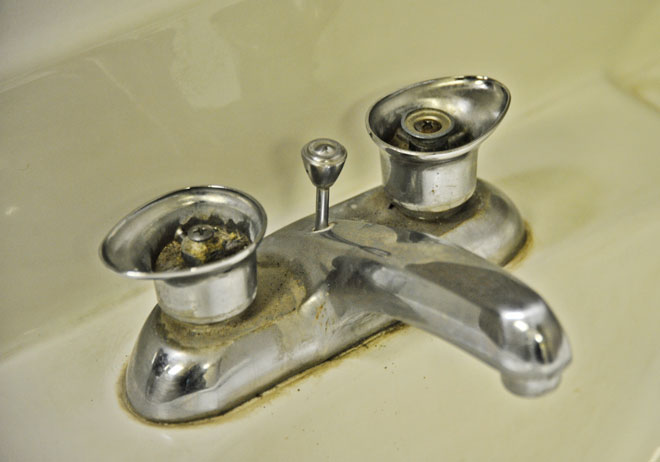 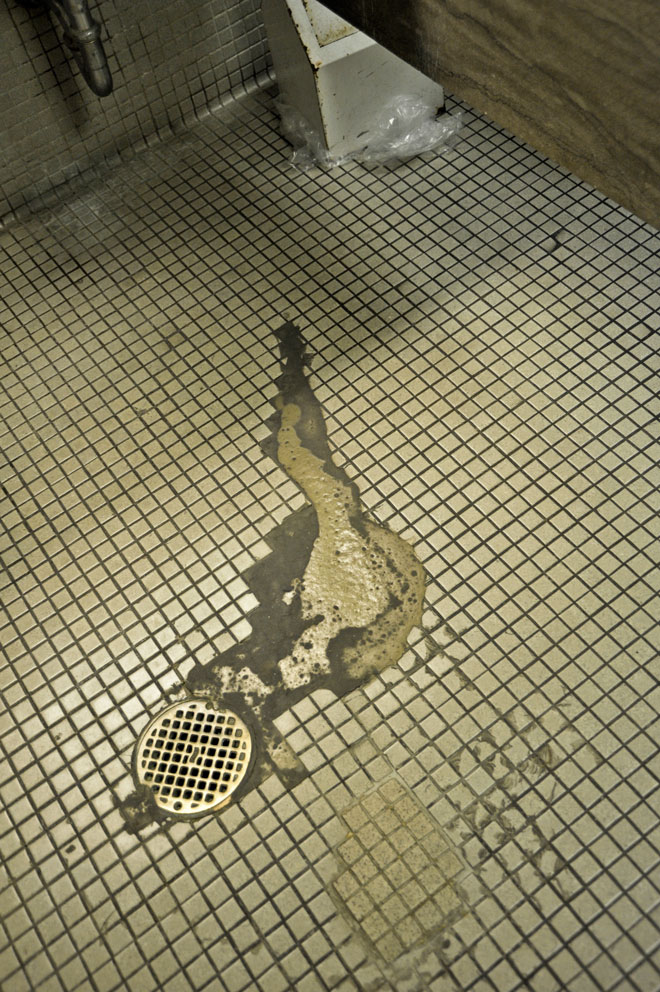 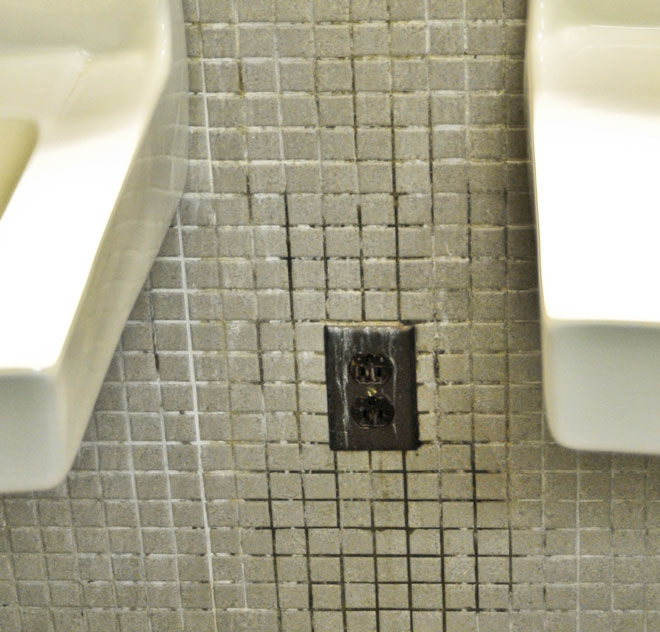 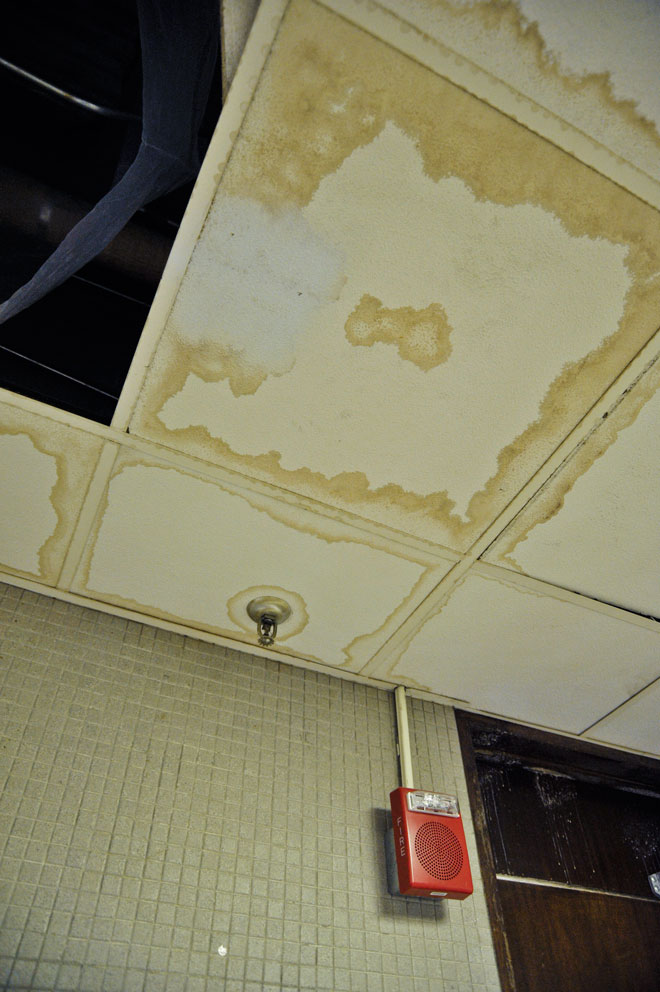 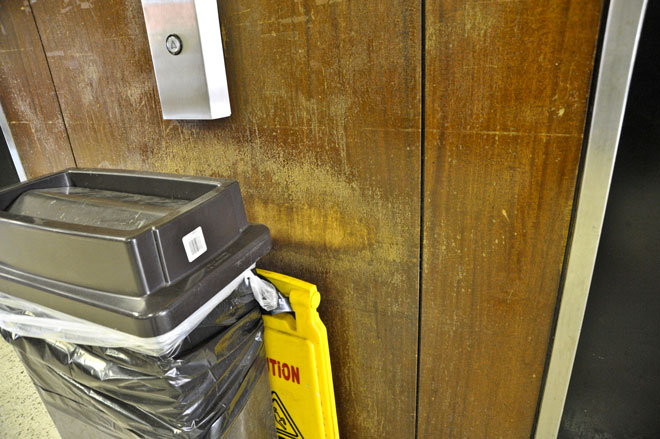 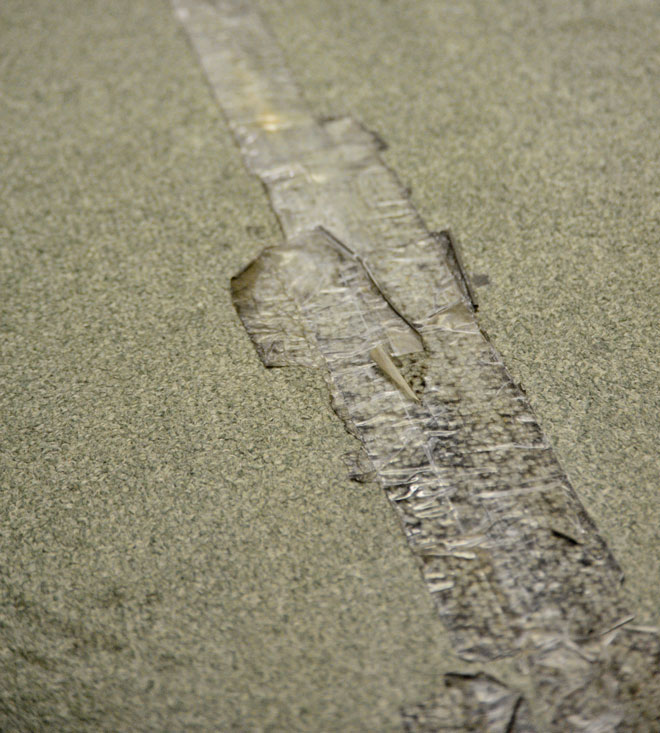 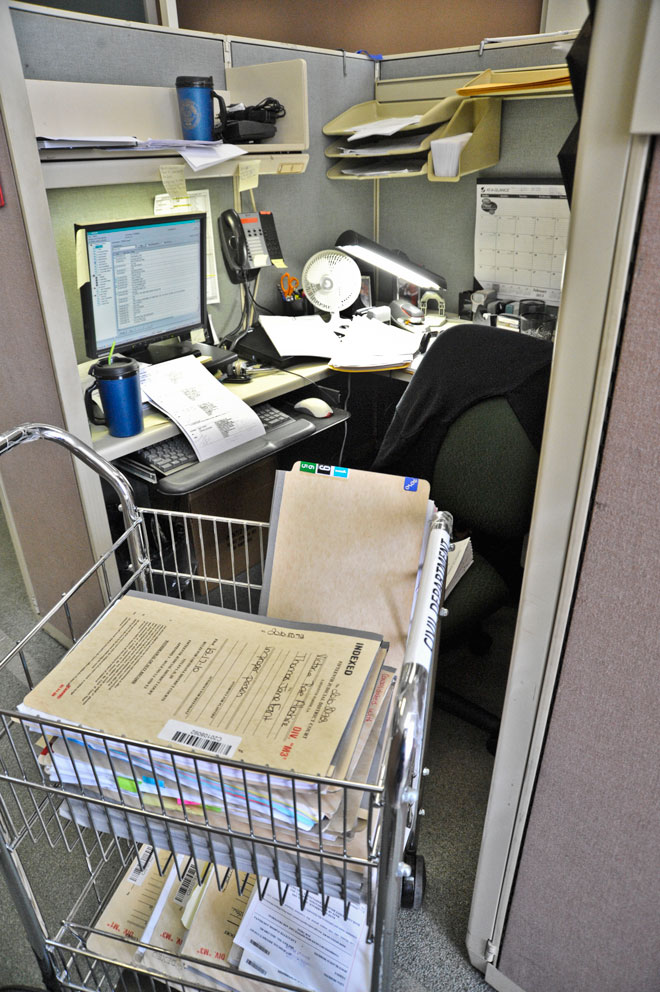