There are a lot of trends in men's clothing that most men, frankly, just won't wear. I know, I know there are some sartorially edgy gents out there. But, let's be honest, the majority of men know what they like and stick with it. (If it ain't broke why fix it and all that.) But, when doing some trend spotting I found a little something I believe any many can pull off with ease - shoes with a shock of color. 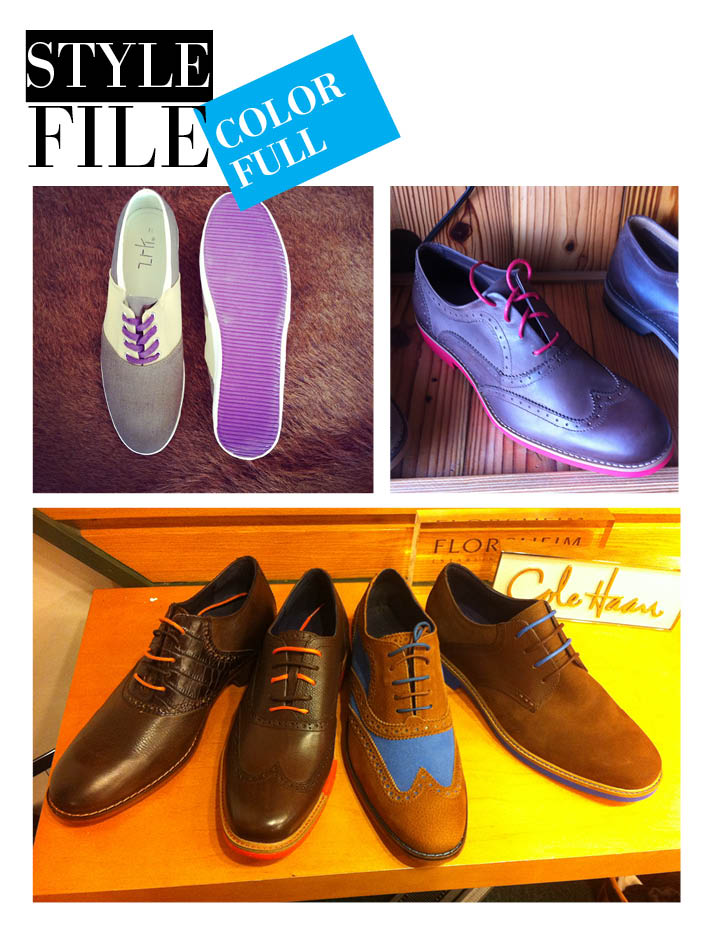 When 2013 dawned we covered the trend with a promise from the folks over at Maven that the super bright pops of color in footwear would be huge. And now they seemed to have arrived in full. The beauty of this - the variety. For a more funky look you can do a casual sneaker with a wild color and for a more basic go with an oxford with a pop of color.

Even the most tradition of fellas can get in on this trend if they're feeling timid by swapping out nothing but their shoestrings. Over at Genetrie Supply Co. they have some dapper shoes with a poppy red string that would be great with summer's crisp whites and navy. The folks at Maven have a too cool purple-decked sneaker. And Brother's has a handful from the Cole Haan blue-trimmed pair we used for our IND Style fashion shoot this month to more subtle color-soled oxfords. And they have a selection of shoestrings if you're ready to dip your toe in some color before taking the plunge.