When you ask an American woman to name one of her style icons it's oft heard that Audrey tops the list. With an iconic style that by today's standards many would consider demure (or at worst boring) if spotted on the street, her simplicity of sartorial choices did that rare thing that comes from something beyond the closet. It was something that started within - a kind of beauty evidenced by a life well-lived beyond the spotlight and fame.

And so you won't see anything on this style board akin to the glamazon from Breakfast at Tiffany's (you see, that style is more Holly Golightly than our beloved Audrey) or Roman Holiday (this princess of Hollywood was no princess). Instead, we're taking a cue from Audrey's years spent in Rome after she left the spotlight. (Something that's been in the spotlight as of late after another Vanity Fair cover and troves of unearthed photos published by her son, who tells the story of an Audrey who eschewed fame and who never thought of herself as beautiful.) 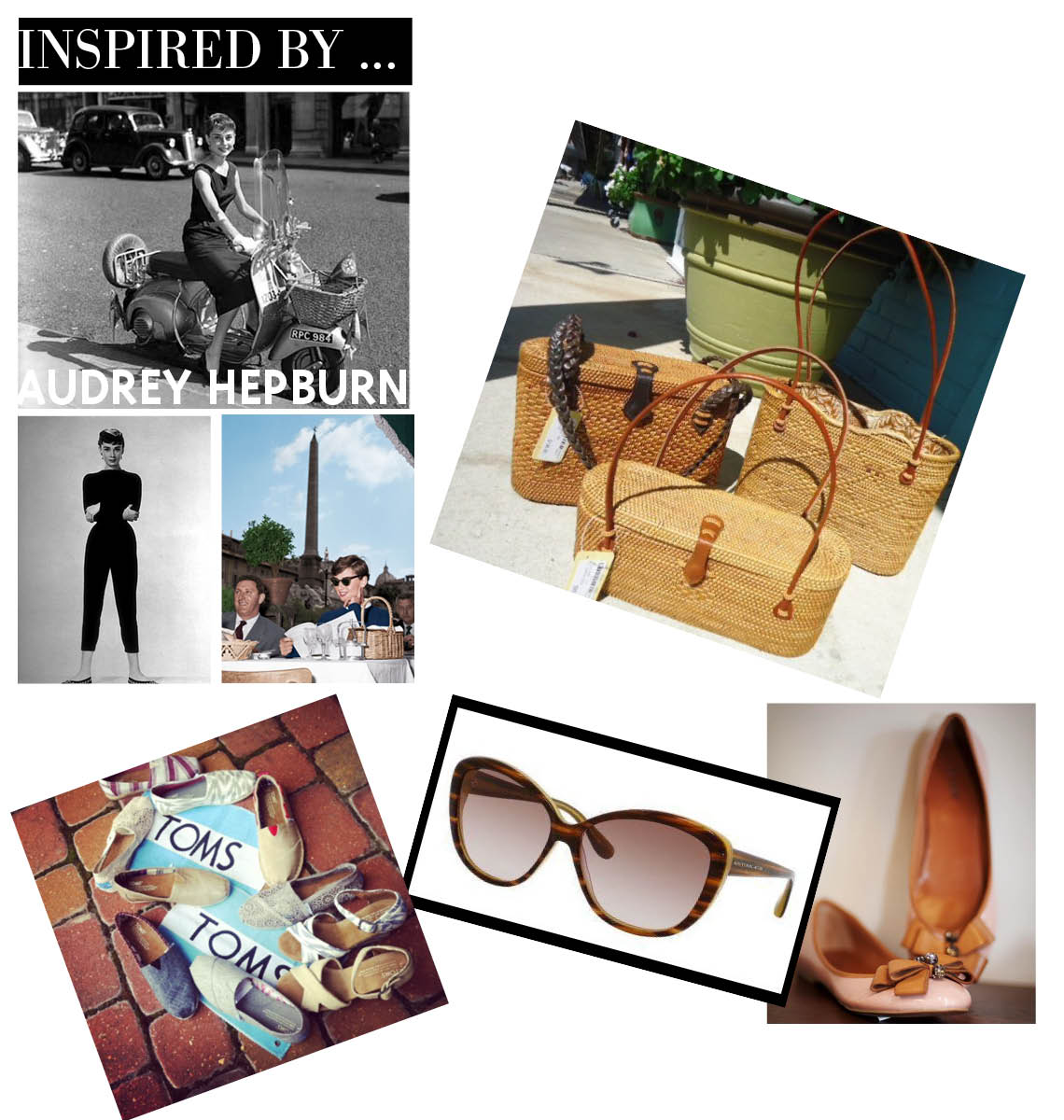 Let's start with the must-have Audrey item - sunglasses. We chose this Marc Jacobs pair from LA Specs for the modern take on the retro. They hint toward that Holly Golightly over-the-top aesthetic but remain demure none the less.

A simple nude flat from Shoe La La is just the short of thing Audrey would wear with ankle pants and a turtleneck or crisp white top tied in a knot at the waist. Also perfect for the season's new midi-length skirts. Add a row of pearls and you're right on target.

Then there's the signature straw bag we spotted over at Little Town. There is perhaps no other accessory that speaks as clearly to achieving Audrey style as something like a straw bag - unexpected, casual and yet ladylike. It's the sort of thing that made her simplicity unique.

And then there are the Toms. Perhaps an unlikely choice at first glance, the do gooder company known for their comfortable footwear (find it at Shoe La La locally) is just the sort of thing Audrey would wear, we're sure - simple, casual and cause worthy. Three things that truly never go out of style.