Uncle Oscar is throwing a party, but only a chosen few will find themselves going home with favors. 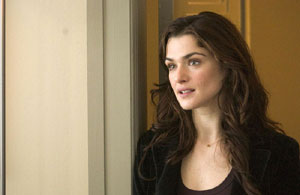 Roll out the red carpet; it's Oscar time. This year's round-up of nominated films offers robust competition and a more-than-average amount of artistry. As always, predicting the Academy is a risky proposition. But we film fans don't mind living dangerously, especially this time of year.

Best Picture: Hollywood likes to believe itself nothing if not high-minded. Knowing this can be key in attempting to predict Tinseltown's award whims. But this year poses a particular conundrum. Do voters go with the beautifully crafted, emotionally mature tale of hidden homosexuality or the provocative, dialogue-inducing examination of race relations? It's a tough one. Brokeback Mountain has claimed more trophies so far (and rightfully so), but the well-intentioned and less-well-put-together Crash seems to have a bit more momentum and could steal the prize. Seeing as how The Constant Gardener should be in its nomination spot in this category anyway, a Crash win would be quite an upset.

Best Director: Capote's Bennett Miller doesn't really have a chance in Hades, which is a shame; his stunning directorial debut languishes in the shadow of star Philip Seymour Hoffman's riveting performance. Spielberg just got nominated because he's Spielberg, and George Clooney is perhaps the Ghost of Oscars Future. So Ang Lee (Brokeback Mountain) ought to take this one going away. He coaxed powerful, career-changing performances from a handful of empty-headed, young-Hollywood denizens and somehow made it look as if the spare prose of Annie Proulx, Larry McMurtry and Diana Ossana was speaking for itself. If Crash takes Best Picture, this could be Brokeback's biggest consolation prize.

Best Actor: Whoever else might be nominated, there are really only two people competing in this category. Brokeback's Heath Ledger appeared to have the early advantage, thanks to the surprise of his repressed, raging Ennis Del Mar. But in the homestretch, he finds himself locked in fierce battle with ' and losing to ' yeoman actor Philip Seymour Hoffman. Hoffman has worked in the trenches for longer than Ledger's been around, and his Capote is the stuff that Oscar loves to immortalize: a strange mixture of showiness and shyness, masterful mimicry infused with feeling.

Best Actress: As clear cut as the Best Actor category is, Best Actress is something of a free-for-all. Charlize Theron won't win for North Country, and Pride & Prejudice's Keira Knightley should be honored just to be nominated. But Judi Dench is a classic, and Felicity Huffman gives a what-Oscar-will-see-as-brave-even-if-the-rest-of-the-world-sees-as-clichéd performance as a pre-op transsexual in Transamerica. Huffman's got a real chance, but Oscar will probably be more comfortable rewarding Reese Witherspoon, who turns on the drama in Walk the Line. She's Oscar's favorite kind of ingénue: fresh-faced, beautiful and moderately talented. Consider it a bonus that she's actually pretty strong in her portrayal of the late June Carter Cash.

Best Supporting Actor: It's entirely possible that that little troll Paul Giamatti will snag this award for his tired turn in Cinderella Man. Actors love this man, and it's a little hard to figure out why they still care; he's given the exact same performance in his last 12 or so movies. You gotta love William Hurt, but he's in A History of Violence for about three minutes, which is a cameo rather than a supporting role. Matt Dillon is better than you ever thought Matt Dillon could be as a racist cop in Crash. But the truest competition is between Jake Gyllenhaal (Brokeback Mountain) and George Clooney (Syriana). It's hard to imagine Gyllenhaal winning if Ledger isn't going to, and Clooney is the movie star man who's reawakening some kind of a mainstream cinematic social conscience. I say he wins this as a big fat thank-you for that otherwise overlooked gem Good Night, and Good Luck.

Best Supporting Actress: The only nominee from one of the year's best movies, Rachel Weisz will win for The Constant Gardener. The underrated Ralph Fiennes provides the heart of director Fernando Meirelles' haunting look at the cold politics of mass distraction (and destruction) in Africa, but Weisz gives the film its very soul. She fills every frame of the movie ' even the ones she's not in.

Best Animated Film: This still-nascent category finally fills up with worthy contenders, even if there are grumblings that none of the three nominees represent straight-up animation work. Who cares? All three were wondrous, from Hayao Miyazaki's mystical Howl's Moving Castle to Tim Burton's oddball Corpse Bride to the very British back-and-forth of Wallace and Gromit. How's a girl to choose? If she must, then Wallace and Gromit it is.

Best Original Screenplay: The film that usually wins here is the best film that doesn't win any place else. Syriana, with its massive matrix of story and plot, could be a sleeper. But it's more likely that Crash or Good Night, and Good Luck will take the trophy.

Best Adapted Screenplay: You heard it here first (and, probably, only): This category is where all the action is. Each of these fine films ' Brokeback Mountain, Capote, The Constant Gardener, A History of Violence and Munich ' stands on the shoulders of a stunning adaptation. Brokeback probably will win, and it's hard to fault the choice; McMurtry has never been simpler or better. But Tony Kushner's Munich is startling, its chiaroscuro of complexities and ambiguities a lovely, melancholy illustration of catalytic thought masquerading as historical fiction.